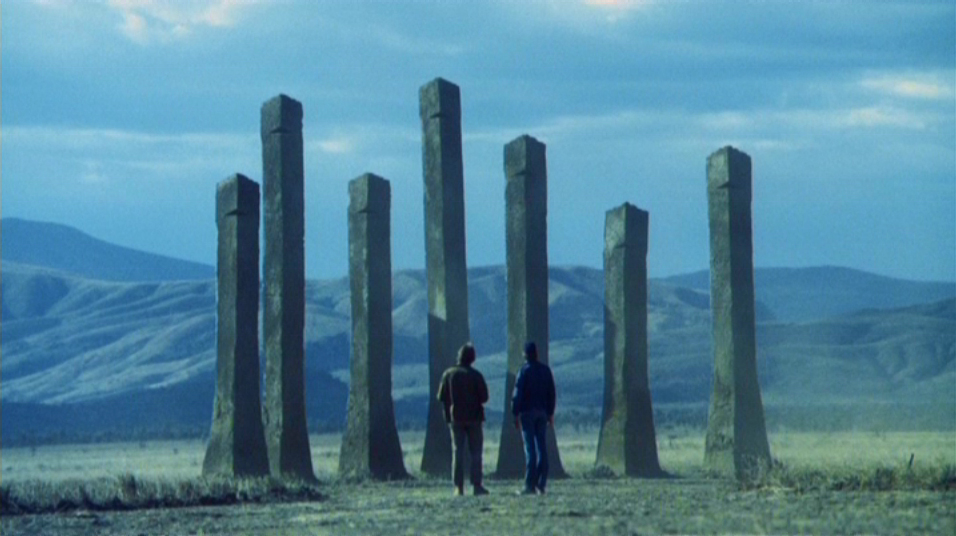 Science fiction, that genre so perfectly suited to speculate on the future, re-imagine the past, and conjure entire worlds that seem impossible by any logical standard, is sometimes at its most compelling by casting new light on the present, the precise time and place of its making; the world of the now. By taking the world as we know it and introducing one perhaps-possible, perhaps-not, vaguely scientifically-influenced element, it can unravel the very fabric that ties us together. Here are the ten films that did it best. 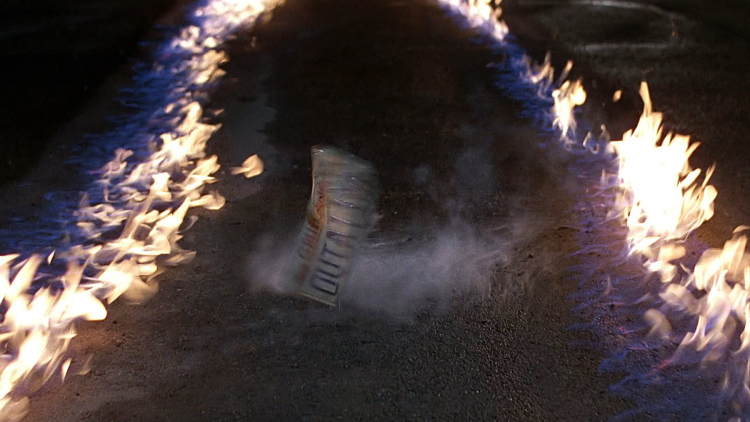 Considering the way and time in which it was released, it’s easy to think of Back to the Future as another gigantic blockbuster, but, while its sequels dove into the realm of speculation and world-building, the film itself is rather a small affair, so to speak. Just two guys, a modified roadster, a conflict closer to screwball comedy than life-and-death (though, you know, a little bit of that, too), and a pretty wickedly tight screenplay that serves them all very well. That it’s perhaps less eager to treat its black characters with any true dignity, and far too enthusiastic about supporting the Reagan-era propaganda that the fantasy of 1950s life was alive and well, is deeply unfortunate, and prevented it from climbing further up this list. 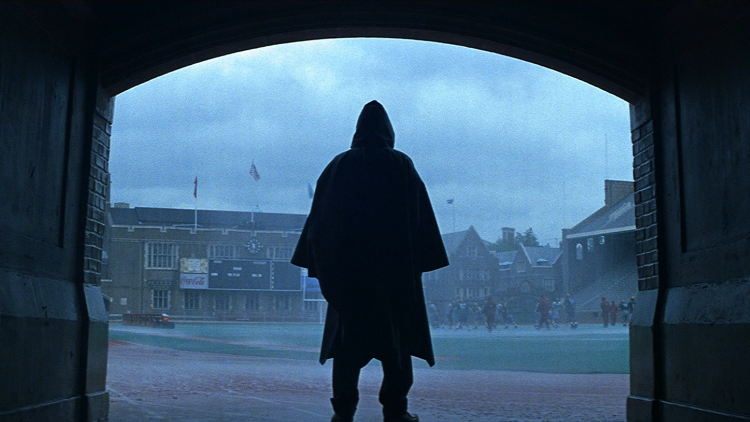 While most superhero films eventually over-complicate their uncommonly perfect set-ups in an effort to tell their continuing adventures until the end of time, Unbreakable could not possibly keep it simpler. Nobody knows why David Dunn (Bruce Willis) is so strong, or why he becomes so weak around water. There are suggestions that such people simply need to be, and so the Earth itself has necessitated him. It’s a remarkably mournful exploration of the subjects that superhero stories have belabored to death, drawing its grimness not with excessive violence or explicit realism, but with a morbidity of spirit, of hope in the face of, yes, great responsibility. 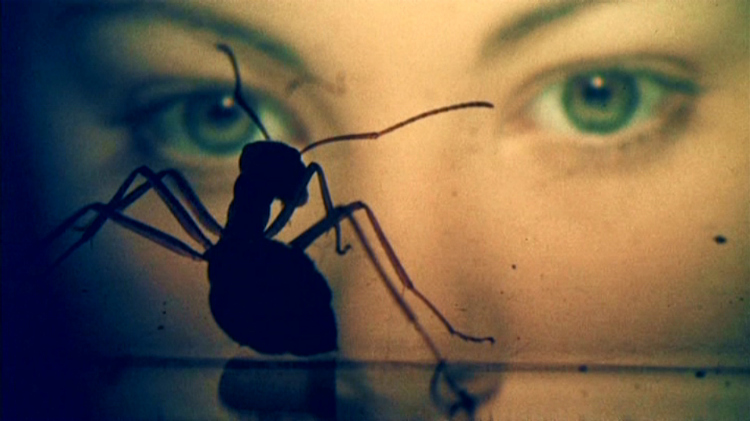 Sitting juuuuust to one side of being a full-on monster movie, Saul Bass’s sole directorial effort may be the most science-y of the films on this list, driving its narrative through repetition, testing, and observation rather than anything that could rationally be referred to as ordinary conflict. It’s also deeply hypnotic, beguiling, and intellectually provocative in ways many lesser films claim to be, but are rarely able to back up. It’s also about rapidly-evolving killer ants. Which is awesome. 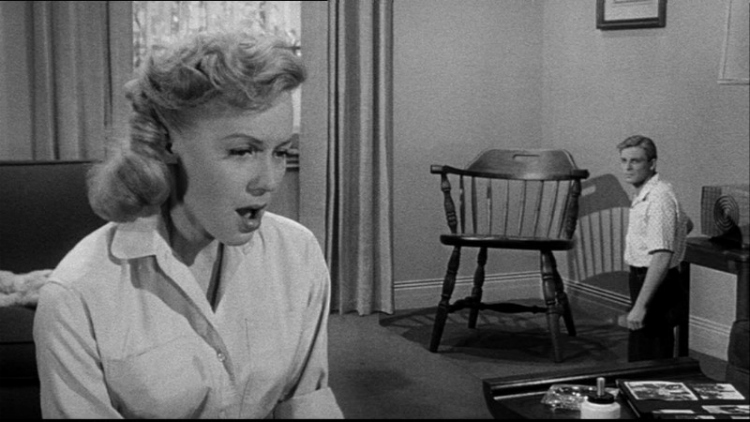 While on a boating trip, Scott Carey comes into contact with a strange cloud. In the weeks to follow, he begins to shrink, almost imperceptibly at first, then past the point at which he can hold any responsible line of work, or even take command of his own home; at least, that’s how he sees it. Richard Matheson adapted his own novel for Arnold, and both work perfectly in tune, highlighting the elements that would later be capitalized on by the Honey, I Shrunk… series while tying Scott’s horrifying situation to themes of emasculation and the fear of unrealized potential. The really brave, revolutionary decision comes at the end, when they refocus the conflict precisely where it belongs, suggesting a conclusion at once entirely satisfactory, nearly hopeless, and unexpectedly uplifting. 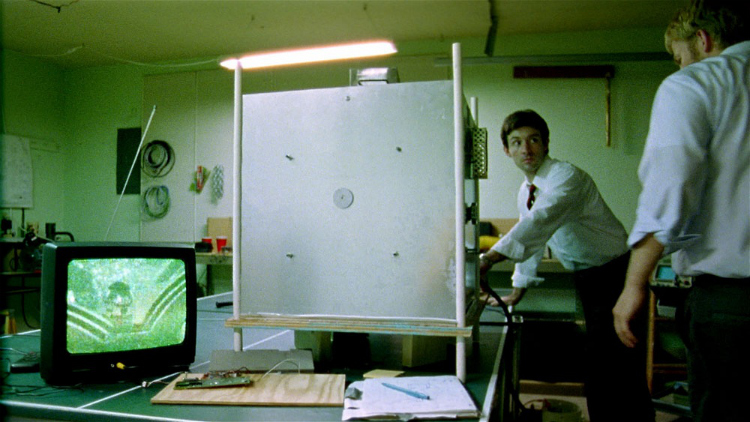 I probably don’t need to greatly extol the virtues of Primer on a film website, but suffice to say that I’ve seen the film probably a half-dozen times, still can’t figure the damn thing out from a logistical perspective (and even looking at that diagram, which only explains the premise, starts to make me all bleary and confused), and still find myself deeply moved and intellectually provoked in innumerable ways. 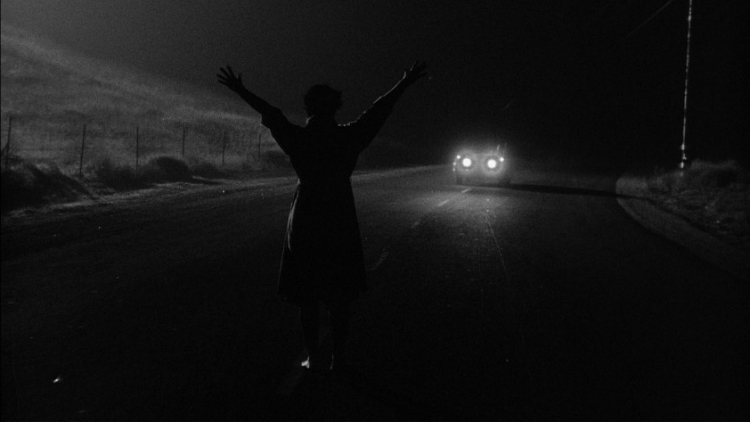 Film noir and science fiction both relish in paranoia, deception, and subversive themes snuck in under the guise of simple genre thrills, yet it is only very recently that they have so often been paired. Aldrich was on the forefront in this and many other regards, twisting what may on paper seem to be another stock private dick story into something very steeped in nuclear paranoia and the anxieties present in the ever-promised, ever-oncoming World of Tomorrow that had been so eagerly awaited in the decades surrounding the second world war. While we may now be stuck in an age in which basic science has been cast in so poor a light, so too is there a possibly dangerous underside to letting such pursuits dictate our fate. 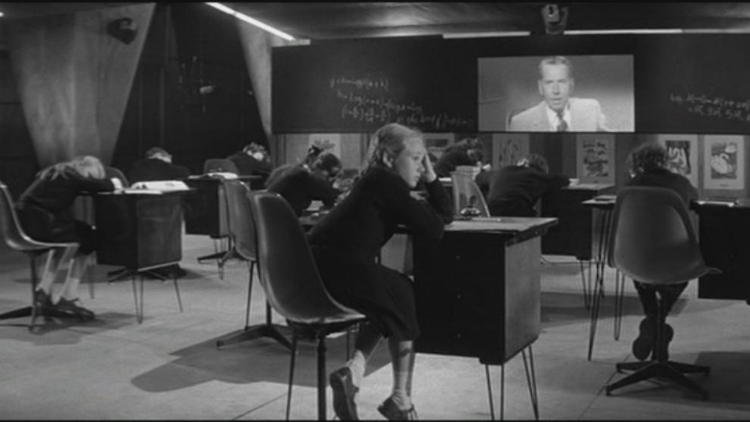 This is one best experienced without a real knowledge of its sci-fi elements, but I will say this: Losey was frequently fascinated by the systems and psychoses we exist alongside every day without even giving it a second thought, and really latches onto this spectacular idea that, were some horrifying sci-fi premise we see in the movies to take hold of our world, we’d probably never have a clue about it. That he keeps that realization so much at the forefront of this remarkable film, so closely tied with the horror of the thing itself, is but one mark of its gripping mastery. 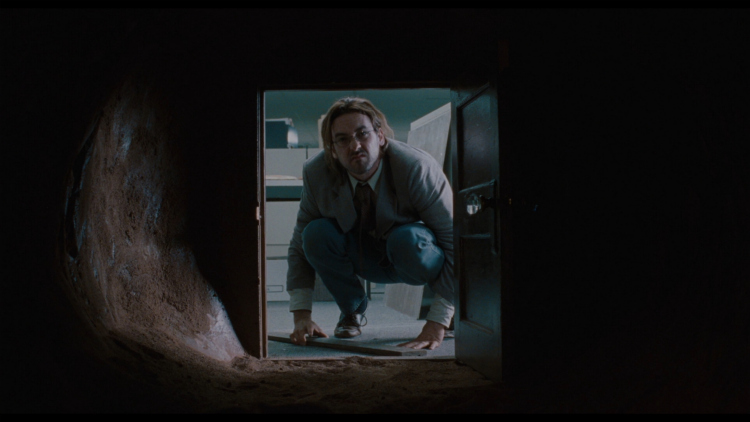 It’s very rare that a filmmaker’s first film remains their best, but in the case of Spike Jonze, I’d say that’s right on the money. Being John Malkovich seems, fifteen years after its release, like it’d suffer a great deal from having an especially quirky-catchy premise–John Cusack plays a puppeteer (a puppeteer!) who finds a portal into John Malkovich’s head, for God’s sake–but the film is remarkable for how it twists notions of identity, solitude, privacy, loneliness, and one’s place in a larger society beyond even ordinary philosophical considerations into a kind of intellectual farce, suggesting some things about the Way We Live that are easy to ignore, yet impossible to demolish. 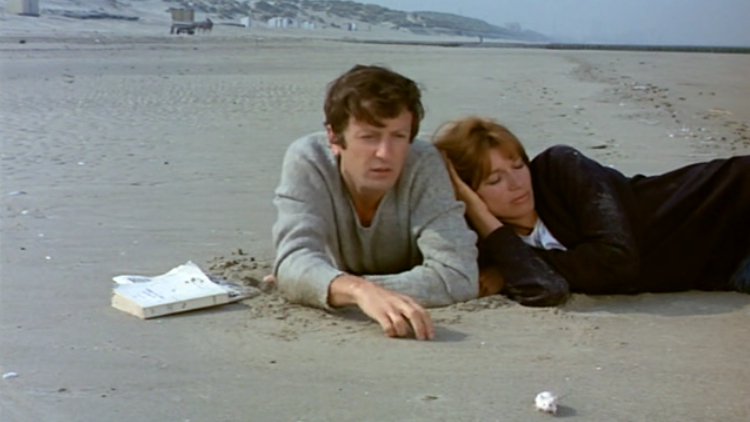 Alain Resnais (who died this past Sunday at age 91, with seventy years of cinema to his name) often made films that felt very much like sci-fi in tone without quite indulging in the genre’s tangible elements (Last Year at Marienbad has the sort of cold detachment of 2001 or Solaris, and Mon oncle d’Amerique is practically a scientific investigation by way of drama), but in his landmark 1968 time-travel film, Resnais gave in completely to those pleasures while still making a film that fit very much into his concerns at the time. Claude Ridder (Claude Rich) has just been released from the hospital after an attempted suicide, whereupon he is recruited by a team of scientists to be their guinea pig to test a time machine. It works, but almost too well, sending him soaring through various times in his life, tracing relationships, professions, awkward encounters, vacations, lovemaking, boredom, heartbreak, ecstasy…the stuff of life, one might say. Unlike most time travel movies, while Claude is conscious of where and when he lands, he simply picks up as though he’d been living the moment all along, as though caught along more by the time stream than by his own perception of it. It’d be a shame to spoil where it all ends up, but Resnais and screenwriter Jacques Sternberg clearly know their science fiction tropes, to say the least. 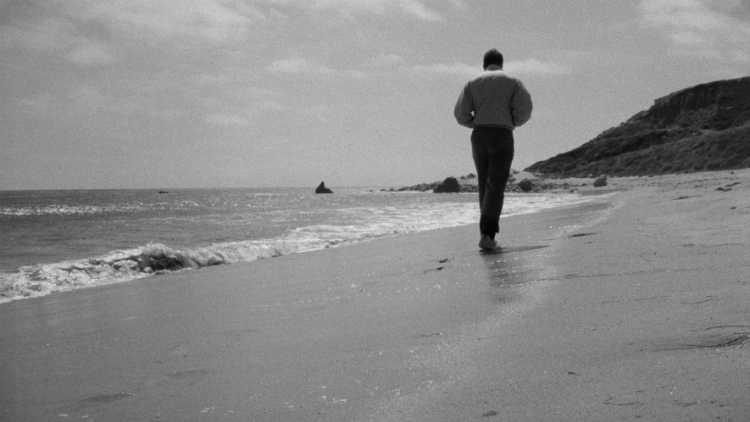 Revisiting this film the other evening on a whim, with plans to check out the aforementioned Resnais the following night, inspired this list in the first place, and for the life of me I couldn’t think of anything that better capitalized on the idea than Frankenheimer’s masterpiece. With the 1960s, you really started to see science fiction get tackled in very overly serious ways, embracing the grimness of their premises and jumping at the chance to explore explicitly what their predecessors only did in allegory and allusion. Well, as every baby boomer will remind you, by the mid-1960s, all illusions were gone. And so we have this, a film about a man, bored to the point of death, offered the chance to literally become another person, the kind of person he always wanted to be, but couldn’t find a way in (or out, as it were). It’s an eternally vital, relevant theme, but one especially potent to the aging population of the postwar era – guys who went to college, fought in the war, raised children, held good, responsible lines of work. And what are they left with? None of the vim and vigor with which they once started; no hardships, but by the same token, little to strive for. And a life that seems pretty much determined henceforth. That the film’s subject would be transformed into Rock Hudson is but one of the innumerable ways Frankenheimer exploits the actor’s image, driving him to quite possibly the finest performance of his career, one full of rage and youthful enthusiasm (Hudson was, himself, 40 at the time) and the quiet contemplation that beautifully marked his work with Douglas Sirk, yet here cast in the light of paranoia and uncertainty rather than doubt and regret. Seconds is one of those films that is so good, you can scarcely believe it exists.

4 thoughts on “Top 10 Science Fiction Films of This World”