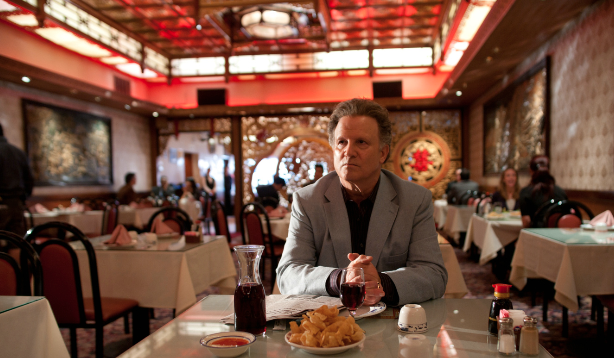 I’m a fond admirer of performers going out of their comfort zone. Stretching and trying something new – something that carries weight. Every actor on this list faultlessly fits that bill. All noted comedians before venturing into the world of drama, these performers proved they had more to offer than laughs (as genuine and iconic as those laughs may be). I hope you enjoy my picks, and believe me, I know there are plenty more roles to choose from here, so be sure to tell me some of your favorites below. 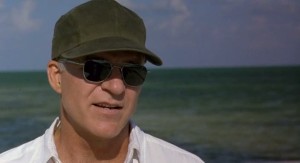 David Mamet has said one of his sole inspirations for making the PG-rated The Spanish Prisoner (and the G-rated The Winslow Boy two years later) was to publicly laugh in the faces of critics who were disapproving of Mamet’s poetic use of foul language. No one curses the way Mamet’s characters do, but with The Spanish Prisoner, and Steve Martin’s confident Jimmy Dell specifically, Mamet proved that coarse language isn’t the key ingredient. To make a Mamet performance sing as well as Martin’s, it takes poise, conviction, and a devilish smile. Martin’s been known to dabble in dramatics from time to time, but I have yet to see anything as heavy as his Jimmy Dell. 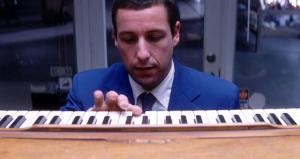 The only reason I’m not ranking Sandler’s work in Punch-Drunk Love higher is because his performance as Barry Egan really is damn funny. But not Adam Sandler funny, ya dig? Instead, for the first (and in my opinion, only) time, Sandler displayed desperation and pathetic affability to flawless results. Barry laughed, he cried, he screamed and he punched bathroom stalls – and there isn’t a second that I don’t want to follow him and tell him that everything’s going to be all right. So here we go. 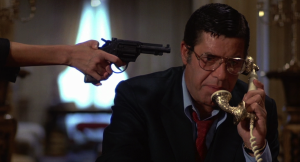 It’s common knowledge that many of the most famous comedians of all time were jerks. Or depressives, or really anything that you wouldn’t expect them to be. Many of the actors on this list, Lewis included, have admitted to using comedy as a mask from themselves. Point is, my favorite part about Lewis’ performance in The King of Comedy is that director Martin Scorsese more or less instructed the actor to play a version of himself. His crankiness, his impatience, his quickness to point the blame, and so on. Don’t get me wrong, Jerry Langford certainly isn’t at fault in The King of Comedy, but watching Lewis’ very skilled and very dramatic reactions to star mania is nothing short of fascinating. 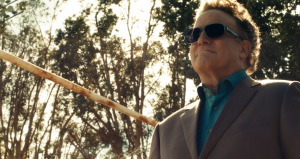 I’m touch and go with Albert Brooks’ films. Sometimes they work for me, other times not at all. Same can be said for his acting. When Brooks is funny, he’s funny, but when he falters, my eyes roll. Noting that, there surely isn’t anything funny about Bernie Rose, that perfectly humorless Los Angeles thug always skimming to make a buck.

“My hands are a little dirty.” 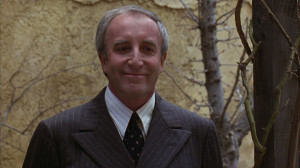 Watching Being There is a bittersweet affair. At one end, you have a comedic genius boldly trying something new. Instead of his trademark outlandish characterizations, he opted for someone reserved. Someone tolerant and calm and inexperienced. Chance the Gardener was a man learning so much, so late in life. Read up on Sellers’ life, and its clear that this role spoke to him in more ways than one. Sellers was a personal mess while filming Being There, and he would die just eight short months after it was released. Perhaps more than any other character Sellers played, Chance reflected the real man that very few knew. 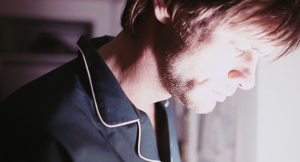 Jim Carrey fought damn hard to be taken seriously. I think his Truman Burbank is a triumph of desperation, and I loved the humility he gave Andy Kaufman, but nothing forced Carrey to stretch more than Eternal Sunshine’s Joel Barish. I have no factual evidence to back this up and am merely stating an opinion, but what I see in Joel Barish is an actor literally going all in and demanding to be regarded as something more. Many got it. We watched, we listened, and we revered. But many did not, and it’s almost as if Carrey has given up trying. 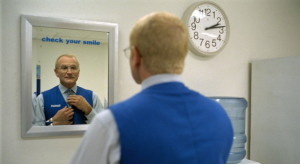 Robin Williams is no stranger to drama. He’s gone full drama a number of times (Dead Poets Society, Awakenings, What Dreams Come True, Insomnia) and blurred the comedy line with his gravitas in films like Good Morning, Vietnam, The Fisher King, Mrs. Doubtfire, Good Will Hunting, and so on. But if we’re talking full go for broke, no holds barred drama, nothing captivates more than his Sy Parrish from One Hour Photo. With his bleached hair and soft voice, Sy was a man so removed, I’m still stunned that such an accomplished humorist was able to flesh him out so horrifyingly.

Similar to my thoughts about Peter Sellers’ work in Being There, Bill Murray’s turn as Bob Harris in Lost in Translation seems far more true to the actor’s real personality. In interviews, for example, Murray seems to possess far more Bob Harris than he does Peter Venkman. He’s a guy who drifts along, maybe cracks a witty joke, keeps walking, hangs out, smokes cigars, plays golf. He’s just a regular guy, who happens to be incredibly famous. Maybe I’m right, maybe I’m wildly off base, but whatever Murray’s methods, Bob Harris seem tailored to the actor’s skills. And effortlessly at that. 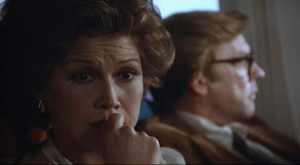 I’m hard pressed to think of a white, female, middle aged, suburban performance more rooted in truth and guilt that Beth Jarrett. As the mother who has recently lost a son, and is slowly losing her remaining one to depression, Moore’s Beth is a woman engulfed in denial. She assumes that if she presents herself as okay, then everything will be just that. She puts on a smile, keeps up appearances and attempts to fool herself into thinking that her darkness is buried. But it’s there all right, waiting to be unleashed in public. I’m rather fond of Sissy Spacek’s work in Coal Miner’s Daughter, but that was Mary Tyler Moore’s Oscar. I cannot be convinced otherwise. 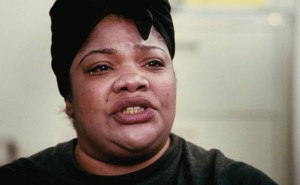 People have their problems with Precious, and I get it. It’s heavy to the point of delirium, and stylized to the point of nausea. But I’ve been in love with its pain since its premiere at Sundance in early ‘09. Much of my adulation for the film is rooted in Mo’Nique’s terrifying incarnation of Mary Lee Johnston. From the moment we see her (with the camera gently pushing in from behind, then over her head, then back around to her face) we accept that this is a purely evil woman. I didn’t have an opinion about Mo’Nique before seeing Precious. I didn’t think she was particularly funny, and never once sought out her work. But after this film, I realized that any actor willing to make the dramatic plunge has a good a shot as any at breaking our hearts.

During the Q&A portion of that Sundance screening, I’ll never forget Lee Daniels informing the crowd of his process for directing Mo’Nique in this film. On the first day of shooting, Daniels pulled Mo’Nique aside, looked her dead in the eye and said, “I need you to be a monster.” That’s it. For the entire shoot, that was her motivation.

And damn. Was she ever.