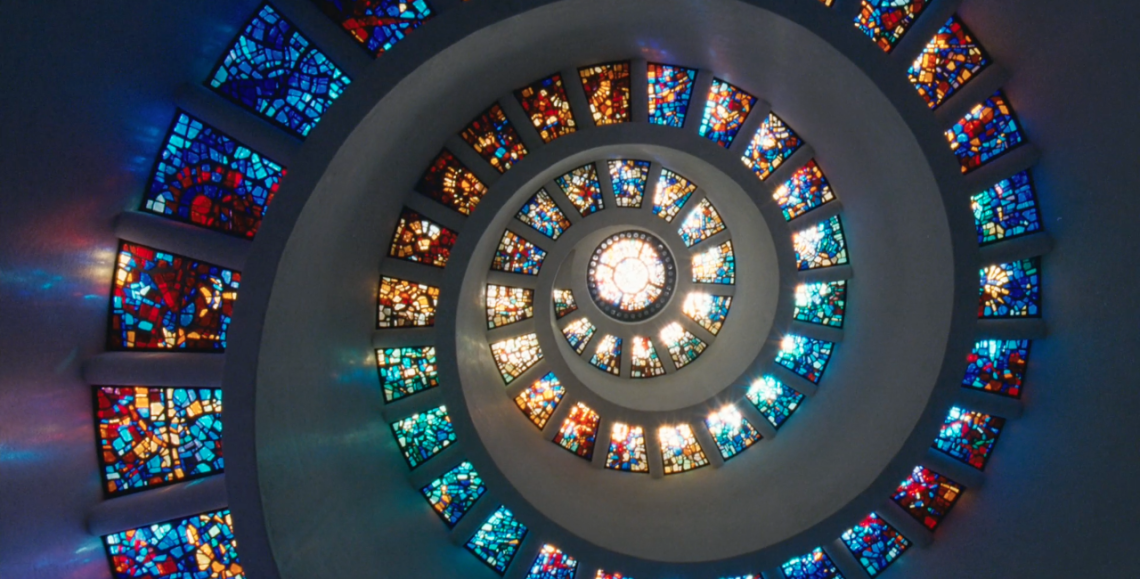 With Son of God and God’s Not Dead finding modest purchase at the box office (and considerable fruition in think pieces everywhere) and Darren Aronofsky’s Noah ready and waiting to frustrate just about everybody, it would seem that Christians have a harder time than ever making the case that there just aren’t any movies for Christians out there. As absurd as I’ve found this claim in the past, I was reminded in researching this list just how entrenched Christian ideology is in Western art, even amongst those who claim to have abandoned it. In W. Somerset Maugham’s novel Of Human Bondage, the protagonist is confronted with the idea that, although he has reasoned out that God does not exist and that religion is a lie, he cannot fully abandon the morality that was imparted to him through religious teaching; that no matter how little he may believe in God, the idea has still had a profound effect on the way he lives his life.

So, too, does one see such an effect on mainstream cinema, and indeed, on the canonization of certain titles and directors. Nearly all of the filmmakers discussed on this list are considered to be among the greatest who ever lived, some of the films among the very finest, in wider-ranging lists assembled, at least in large part, by left-wing intellectuals, the very community often associated, however unfairly, with destroying religion. My point in all this is not to say that atheists are being disingenuous when they disassociate themselves from faith, nor that the faithful should just shut up already and recognize all that they have, but rather that it would seem these two sides of the film-going populace has a great deal more in common than it may typically believe. 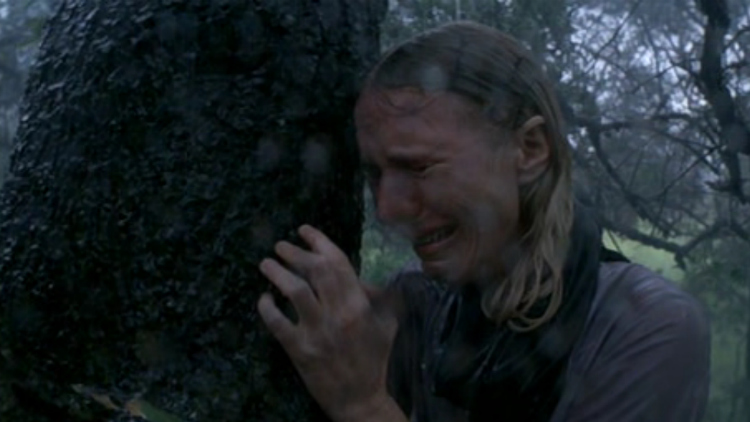 People have a way of justifying all kinds of things in the name of God, and while the more urgent exploration of this topic is undoubtedly in the justification of violence, Reygadas’s concern, that a man could stray from his wife and family by insisting that God intended him to be with his mistress, is not an invalid one, especially given the depth of feeling with which Reygadas imbues it. The affair is a transcendent, joyful experience, but it is also a heavy burden, and the twin scenes of sexuality the film offers present that dichotomy in quite explicit terms, in all senses of the word. Its final affirmation is quite simple, but it does not make the error of assuming the simple decisions are the easy ones. 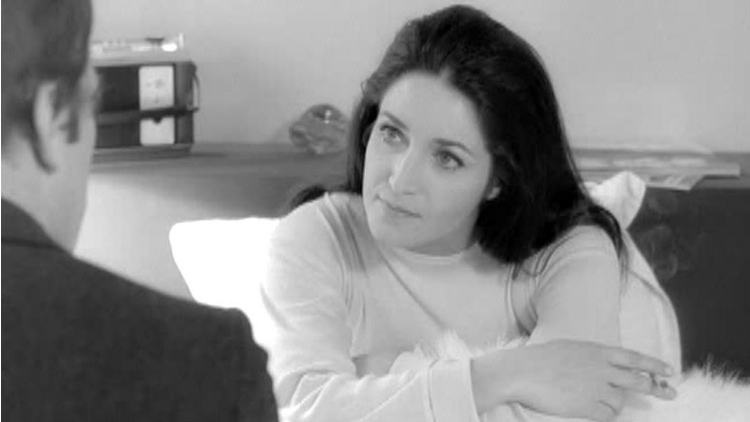 Rohmer’s landmark film explores fidelity from a different point of view: the temptation of an unmarried man. Jean-Louis Trintignant plays a devout Catholic (unnamed in the film, commonly referred to as Jean-Louis) who, upon being reunited with some more radical friends, finds himself staying up all night, discussing philosophy and morality with a somewhat more detached, intellectual, modern woman named Maud. Their discussion, their way of interacting – and not interacting – physically…it’s not that the evening shows Jean-Louis something he’d never considered, but more that it seems to reawaken aspects of himself he’d either ignored or purposefully suppressed in recent years. He clearly found little fulfillment in the more debauched life the film references, but his faith is not precisely providing the center he deeply needs, either. In his essay accompanying the Criterion Collection’s release of this film in their Six Moral Tales box set, Kent Jones writes, “The Six Moral Tales do not have ‘morals.’ Rather, they are stories of people in the process of making choices that may or may not be moral, examining the basis on which those choices are made, and thus trying to divine the distance between the real and the ideal in the process.” 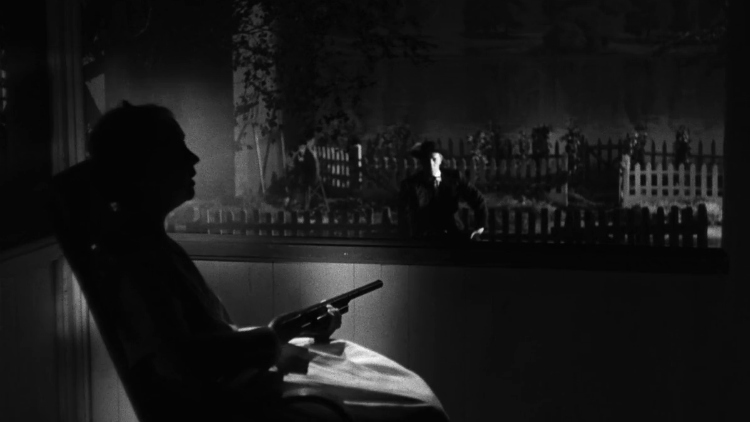 Using Matthew 7:15 as its launching point – “Beware of false prophets, who come to you in sheep’s clothing but inwardly are ravenous wolves” – Laughton’s sole directorial credit takes a relatively modest but nonetheless resonant look at how faith is best expressed simply and personally than boldly and extravagantly. The film itself is anything but modest. Laughton stated his desire to return to the images of the silent era, when people would lean forward in their seats rather than slouch back, and boy does he achieve it. 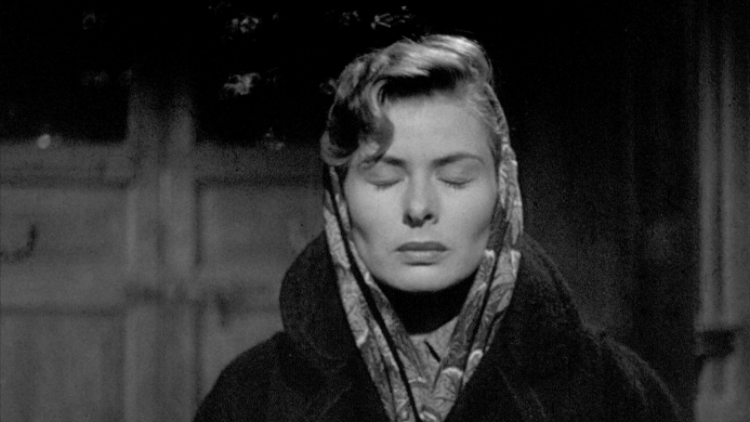 Following the sudden death of her son, wealthy socialite Irene (Ingrid Bergman) begins to almost unconsciously devote her life, nearly fanatically, to Rome’s most destitute and downtrodden citizens. In one of his most provocative moves, Rossellini closely ties Christianity with socialism, recognizing that both seek to elevate the poor, not by making them rich, but by recognizing their humanity is not tied to their class. He suggests that the true expression of faith is the most radical possible act in the modern world, especially in the socio-economic position he himself would have occupied at the time, through Irene’s husband, who likes the idea of his wife’s compassion if only it wouldn’t take up so much damn time. And just look at the way she dresses now! In Luke 12:33, Jesus famously calls upon his followers to “Sell your possessions and give to those in need;” few followers are able to truly heed this call, and fewer artists treat it with any seriousness. Rossellini not only explores the spiritual benefit of doing so, but the social repercussions of such sacrifice. 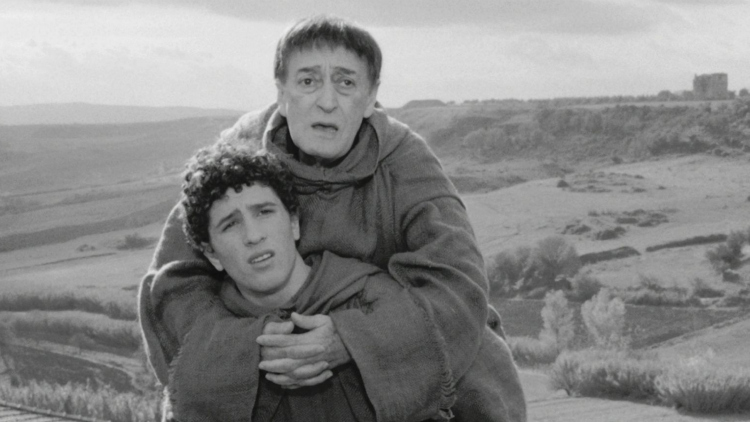 It is unsurprising that the filmmaker who portrayed a woman willing to give up everything in the service of the poor would be drawn to the story of Francis of Assisi, an Italian Catholic friar who founded an order devoted to living in poverty and preaching the Gospel. Unlike so many of Rossellini’s famous films, portraying conflicted protagonists encumbered by the socio-political climate of the world to which they are born, The Flowers of St. Francis is stripped down to the pure joy of faith, of celebrating the life we are given. Pasolini also utilizes St. Francis, in a story told by a talking crow (one of the film’s wild, comedic touches), in which the friar calls on two of his followers to convert the hawks and the sparrows, the outcome of which exceeds even Rossellini’s capacity for such joy, only to give way to the kind of worldly complication that both filmmakers would come into conflict with; love can be revealed, but one’s nature is not so easily transformed. 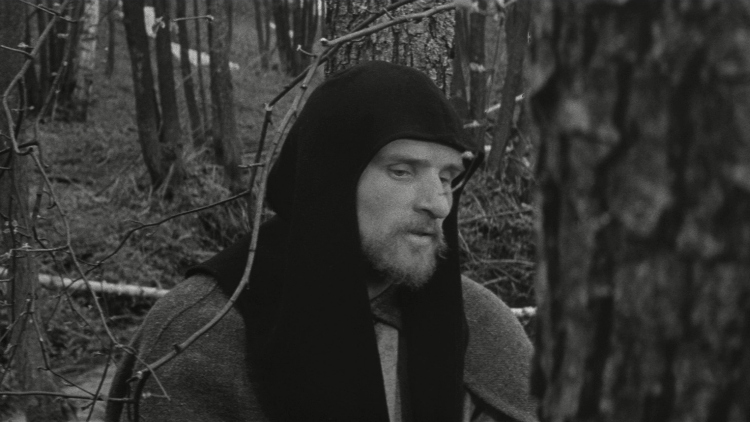 I’ll admit something here and now – I’ve only seen Andrei Rublev once, and I could not even begin to accurately describe it. Tarkovsky’s masterpiece so quickly transcends my relatively facile conception of the medium, so movingly invests itself in the terror of existence and the struggle to retain one’s faith in a world filled to the brim with senseless violence and decay, and so totally lives in the time and place it’s depicting (and with which I am otherwise unfamiliar), that its titanic accomplishment is too much to comprehend even over its considerable (205 minutes) running time. I remain, in the months since seeing it, completely, ecstatically overwhelmed by it, and expect that this sensation will not fade so easily, no matter whatever comprehension I may one day gain. 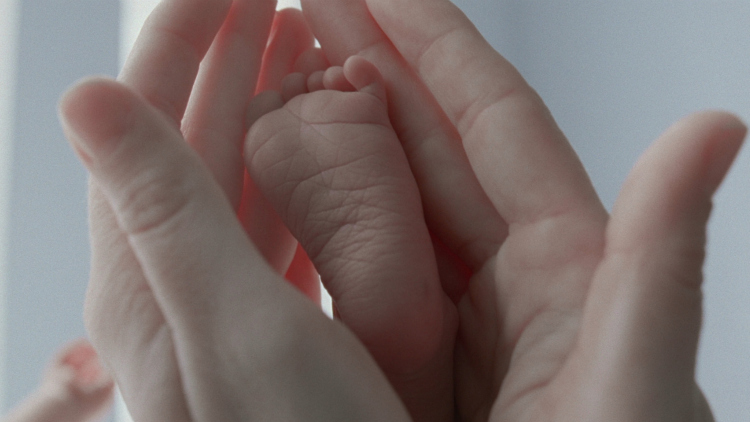 Malick’s voiceovers have been abundant in his films since the very beginning, but here they find a different, or perhaps simply recontextualized root – in prayer. The characters are constantly speaking to God, and their differing approach to Him reveals their different conceptions of faith, and thus their very essences. By showing the greatest mysteries and miracles of existence, via a trip to the very origins of life and kindness, and contrasting them with the smaller moments to which with accord much greater importance, Malick recognizes that even though there are bigger things in life than a first crush or running around the neighborhood streets, the latter examples have a much greater emotional importance, and indeed, all are equal in the eyes of God. 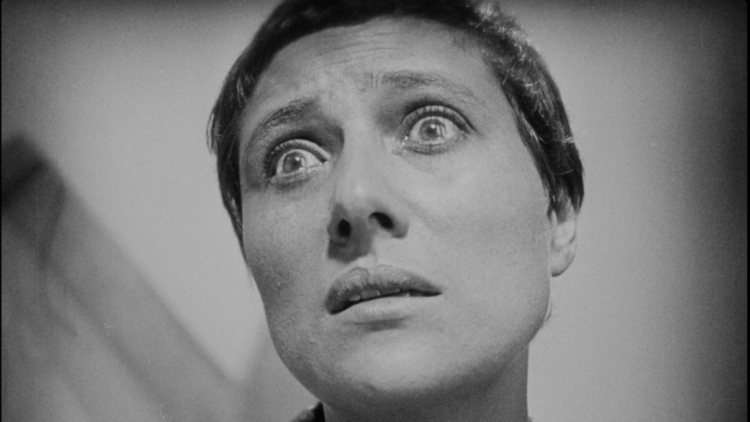 By dispensing with the actions that brought her to the trial with which the film is consumed, Dreyer’s focuses singularly on the aspect of the story of Joan of Arc that matters most – her unrelenting conviction – and the greatest test it endured. Unlike the simplistic and reductive A Man for All Seasons, which similarly portrays the trial of a man more content to die than give into the court’s demands that he alter his convictions, Dreyer infuses Joan with uncertainty and fear, and found the best possible expression of this in Maria Falconetti, whose terror in the face of the court seems perpetually on the edge of overwhelming her. This introduces a level of narrative tension to the proceedings, but also underlines the real expression of the film, and of faith on the whole, in maintaining one’s certainty in a singular idea when all available evidence insists otherwise. 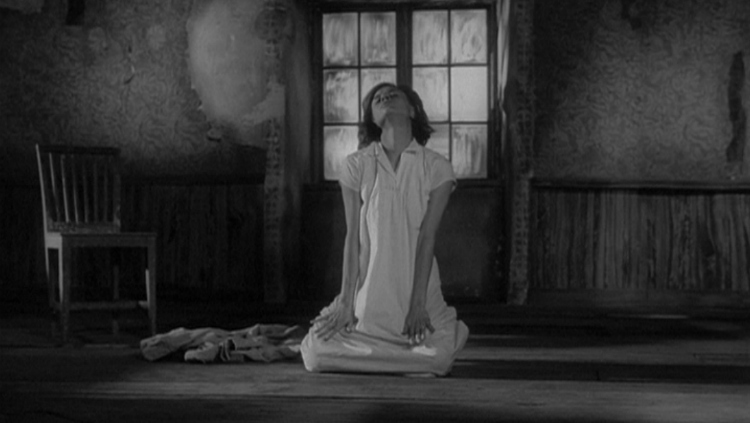 The idea of using mental illness as a window of sorts into the spiritual nature of the world is, by now, perhaps a bit tired, but that doesn’t mean a filmmaker of Bergman’s capacity should be unable to see it realized so well as he does here. Its title comes from 1 Corinthians 13:12, in which Paul discusses our limited understanding of the true nature of God and His kingdom (“for now we see through a glass, darkly”). Like so much of Bergman, God is not a satisfactory source of comfort for those things that trouble us in life; He always exists in Bergman’s films, but at a distance, forever unknowable yet forever present. Karin (Harriet Andersson, giving one of the finest screen performances) may be afflicted with schizophrenia, or her illness may clear the glass; or she may have contracted the illness after clearing the glass. Or none of these things. Bergman’s cinema is a constant search for spiritual truth, knowing only that the answers he sought would be impossible to find, for each revelation only bred more uncertainty, fear, depression, and anger. Near the end of the film, when Karin says she has seen God, she is not comforted by His revelation, but rather driven further into terror and madness. 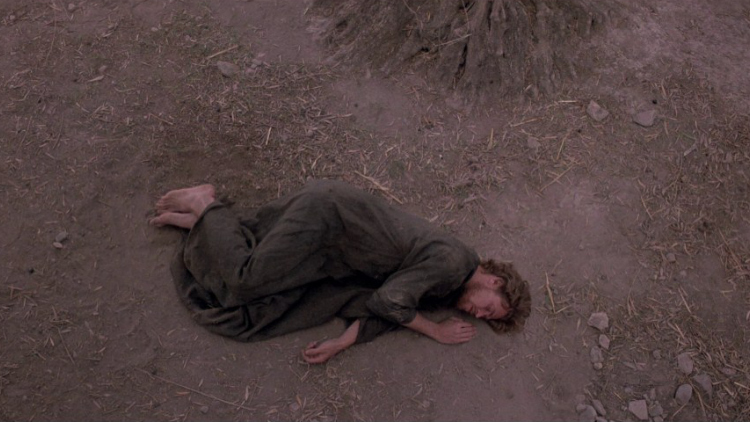 The understanding Jesus as both fully God and fully human has mostly been taken to mean that while he was entirely Holy, he could also feel physical pain, and if one’s conception of this essential mystery ends there, then Mel Gibson’s achingly faithful The Passion of the Christ may be more to your liking. For those who take the human condition to be a far greater labor and burden than that, Martin Scorsese’s The Last Temptation of Christ is quite willing to consider everything that it means to be human in the face of tremendous challenges of faith. It is the most profound and direct confrontation of the topic – a topic that, for people of faith, is central to life itself – I have yet to see in the cinema.