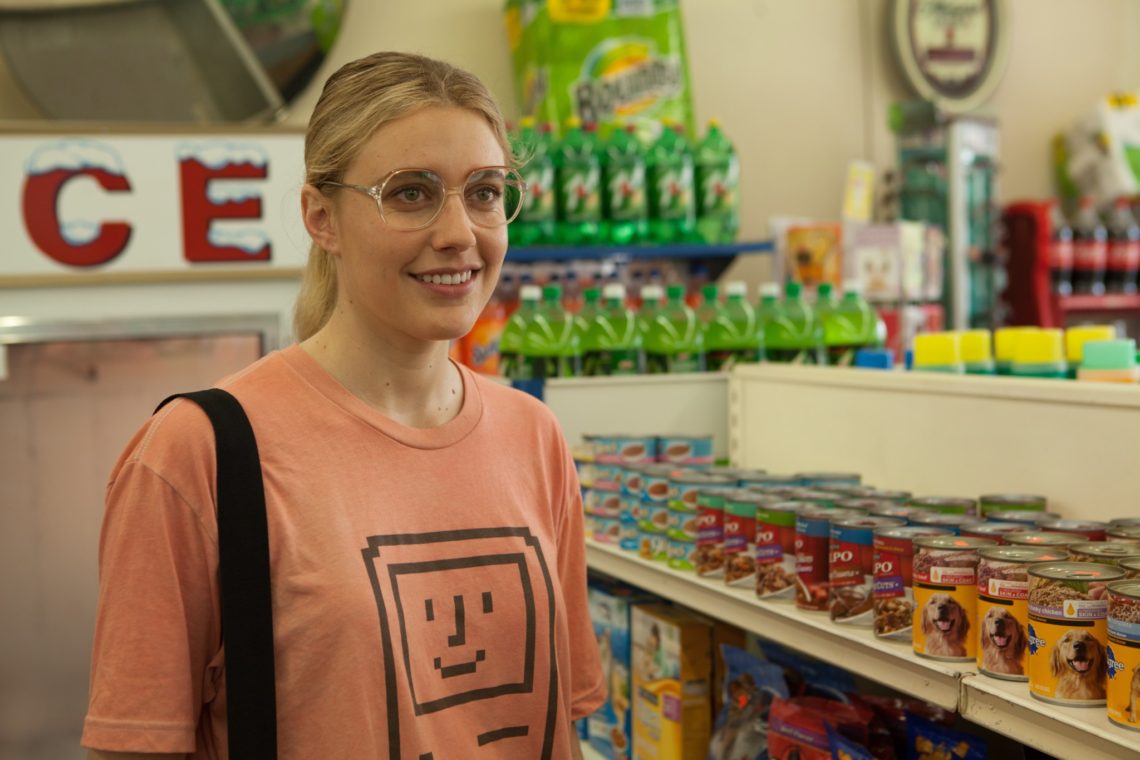 “Wiener-Dog” and the Enigma of Todd Solondz

Kenji Fujishima writes about the filmography of Todd Solondz in advance of his new film "Wiener-Dog."

Petty misanthrope or perverse humanist? When Todd Solondz’s latest film, Wiener-Dog, arrives in theaters this Friday, it’s bound to reinvigorate that long-running debate about his work ever since his 1995 feature Welcome to the Dollhouse (technically his second film after Fear, Anxiety & Depression from 1989) officially put him on the indie-cinema map.

It’s certainly a debate that has ranged inside my own mind over the years. Though I found the cruelties heaped upon Dawn Wiener (Heather Matarazzo) in Welcome to the Dollhouse more or less palatable, I found myself considerably less charitable to Happiness (1998) upon my first viewing back in 2005. At the time, the film struck me as a lot of shocking material—pedophilia, phone sex, child masturbation, etc.—tossed into a stew and stirred up with a lot of garish pastel colors and ironically optimistic music cues, all in service of a shallow vision of the discontent underneath the settled veneer of suburbia.

But then I caught up with some of Solondz’s later films and discovered that, in some ways, he had moved beyond such sophomoric provocation. His depiction of selfish human behavior in Storytelling (2001) was couched within the context of a thought-provoking examination of the ways people transmute reality into fiction, for better but mostly for worse. In tackling the various personal and spiritual crises surrounding the abortion issue, Palindromes (2004) offered, among other things, a depiction of Christian fundamentalists that, for all its surface grotesqueries, was refreshingly more nuanced than Hollywood’s usual religious caricatures. Perhaps most supremely of all, there was Life During Wartime (2009), Solondz’s follow-up to Happiness, and a film I found a considerably deeper and more emotionally devastating experience than its predecessor. 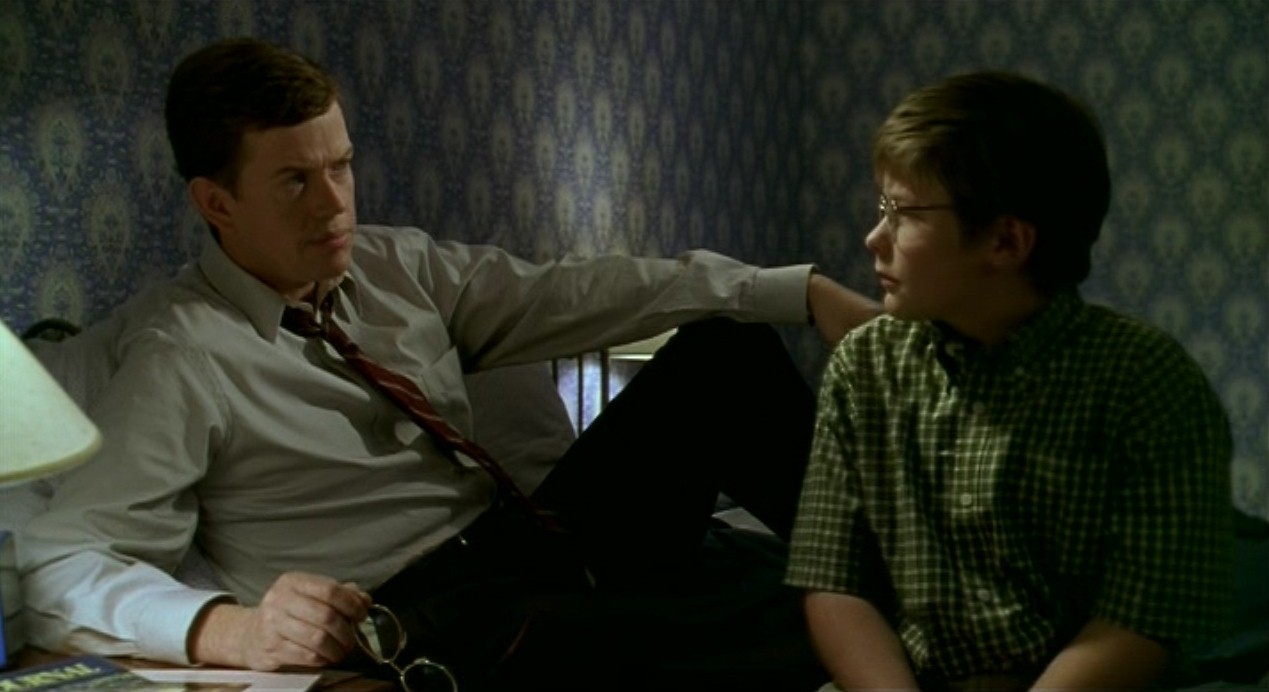 And yet, years later, I found myself watching Happiness again one day and…well, if not necessarily doing a complete 180 on it, I found it thornier and more complex than I initially gave it credit for. This became especially evident to me in my evolved reaction to the film’s most infamous creation: Bill Maplewood (Dylan Baker), whose picture-perfect all-American exterior masked an appalling sexual appetite for children. Hearing the shamefaced tremulousness in Baker’s delivery as his character admitted to his son, Billy (Rufus Read), what he had done to his friend Johnny Grasso (Evan Silverberg), it finally dawned on me that Solondz was engaging not in simplistic mockery but in a twisted compassion: an attempt to identify with a monster. Perhaps I had changed as a viewer in the intervening years—whether through a greater familiarity with Solondz’s work, or simply through shifting priorities as a movie-watcher, i.e. more of a tolerance for films like Solondz’s that toe the line between contempt and empathy.

Having thought I had gotten a handle on my opinion of Solondz, I was shocked, then, to find Wiener-Dog challenging my notions all over again. If anything, there were many moments during this chronicle of the dog’s travels across America that reminded me of why Solondz rubbed me the wrong way in the first place. There’s that long pan across dog shit spread out on a sidewalk scored to Claude Debussy’s Clair de lune that reminded me of the simplistic ironies I initially saw in Happiness; same with the easy laughs he generates whenever the song “Doodie” plays on the soundtrack, Doodie being the name this film’s Dawn Wiener (Greta Gerwig) gives the dog. And don’t even get me started on its ending, especially that sadistically over-extended shot of (spoiler alert) Wiener-Dog’s run-over corpse.

And yet, there are other moments in Wiener-Dog that complicate simple love/hate reactions to either the characters or the film itself. The film’s first act is driven by yet another endlessly questioning Solondz child, Remi (Keaton Nigel Cooke), a nine-year-old cancer survivor whose father (Tracy Letts)—apparently against his wife’s (Julie Delpy) wishes—gets him the central Dachshund as a gift. Remi’s many conversations with his mother reveal a fundamental but understandable difference in worldview: While the innocent child can’t help but see the dog in human terms, his mother sees him from a more practical mindset: as an animal, and nothing more. And yet, even then Solondz can’t help but let his contempt for middle-class suburbanites  seep through, as Remi’s parents are painted modish, bickering, self-absorbed caricatures (it’s his father who literally drives Wiener-Dog out of their lives after he realizes they’re all in over their heads).

A similar scrambling of sympathies abounds in its final act, with Ellen Burstyn playing Nana, a crotchety, cancer-ridden grandmother. Solondz’s inclusion of a black man literally named Fantasy (Michael James Shaw)—he being the artist boyfriend of Zoe (Zosia Mamet), Nana’s granddaughter—seems like the kind of skin-deep gesture toward inflammatory provocation the director has been prone to throughout his career (see: one of the Avivas’ out-of-nowhere invocation of 9/11 in Palindromes). And yet Nana herself isn’t so simple an object of ridicule. Every curt, prickly response she offers to the well-intentioned Zoe exudes a misanthropic worldview of the kind that previous Solondz characters—like Mark Wiener at the end of Palindromes, or the man-child Abe (Jordan Gelber) in Dark Horse (2011)—have explicitly voiced. But when, later on in the film, Solondz includes a dream sequence in which we see the ghosts of the many paths Nana didn’t take in her life, one senses not so much an endorsement of such blanket cynicism but an examination of it, with Solondz willing to turn the mirror back on his bitter characters and observe the way they are responsible for their own unhappiness. It’s as if Solondz was throwing many obstacles our way to challenge us to empathize with such unappealing characters. 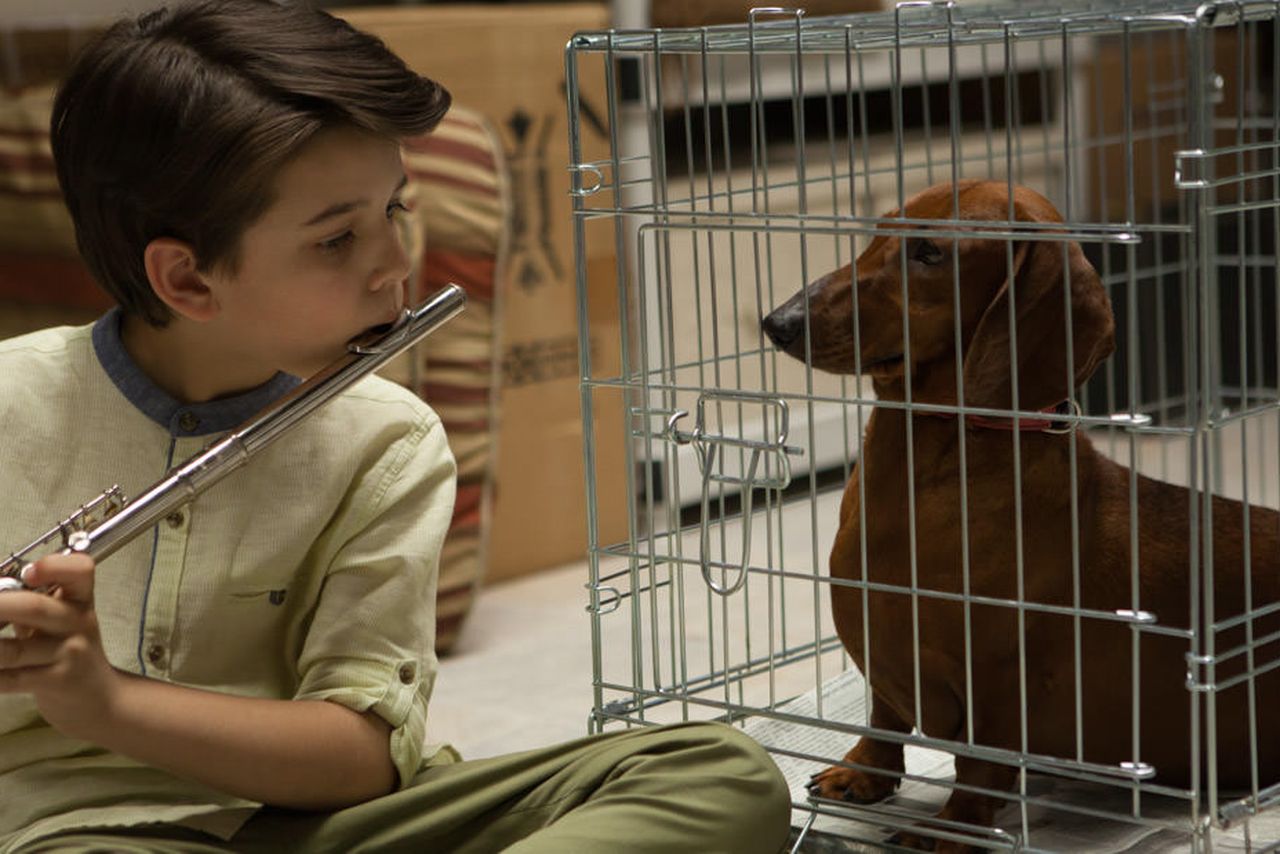 That dare suggests the best way to view Solondz’s oeuvre as a whole: a body of work that is bound up in its creators’ empathetic and spiteful impulses, with barely a dividing line between the two poles. He’s an artist who is at times genuinely interested in getting under the skin of his human freaks, but who sometimes can’t help but score grotesque laughs off them. Perhaps the most potent test case for this essential contradiction is the under-discussed and in some ways under-appreciated Dark Horse, which feels like Solondz’s most direct challenge to date. He dares us to find something to like, or at least identify with, in its nerdy, freeloading, self-delusional protagonist—and yet, there are signs everywhere of both the passive-aggression and enabling that allow Abe to continue to operate in the world with reckless abandon, and the sense of self-loathing underpinning not only his behavior, but that of Miranda (Selma Blair), the wannabe-writer who, in her depressive disappointment, decides she should just settle for this loser and live out a conventional middle-class existence, kids and all. As much as we may despise Abe, there’s still a strange poignancy to him when he realizes his love for Miranda may actually become a reality, as well as to the many extended dream sequences, in which we sense the tragic depth of Abe’s own self-awareness.

That was hardly a breakthrough for him in that regard, though. While essentially a sympathetic chronicle of its protagonist’s troubled upbringing, Welcome to the Dollhouse wasn’t above tossing in a wrinkle to complicate our identification with Dawn Wiener, most evident in the way she takes out her frustrations on her friends and family members, making the same bullying gestures her enemies constantly do. But then, perhaps that’s only natural: Dawn is so caught up in the idea of popularity being the only possible deliverance from her troubles that she quite possibly has come to believe that she needs to act this way in order to gain acceptance. There’s a similar sense of environments shaping behavior in Palindromes: Solondz’s Buñuel-inspired idea of casting eight different actresses to play the same character wasn’t so much a universalizing conceit as it was an attempt to suggest the character’s shifting perspective depending on her circumstances. Thus, Aviva’s flirtation with spirituality, complete with Christian song-and-dance numbers, is spearheaded by a hefty black woman, Sharon Wilkins; while, at the end of the character’s road trip, Aviva is played by Jennifer Jason Leigh as a woman who is physically much older but maybe not much wiser.

One thing is constant throughout all his films: Solondz’s fearsome talent as a writer. Even now, there are few filmmakers as skilled as he is in crafting dialogue that can be wounding in its terseness and brevity, that can suggest oceans of tension and regret in the silences in between if they’re not making you laugh uncomfortably. Even now, though, Solondz puts his skills to uses that can frustrate as much as it enlightens, that can be both usefully confrontational and merely ugly at the same time. Long after Welcome to the Dollhouse and Happiness rocketed onto the indie-cinema landscape, Solondz remains as difficult to pin down as ever. Love him or hate him, that’s perhaps the ultimate sign of his integrity, which is the best one can expect from any artist.