Superheroes today are more akin to horror-movie monsters than the inspiring comic-book icons of yesteryear.

The image that adorns the iconic Action Comics 1 is a perfect summary of our classic idea of the superhero: Depicted on the cover is a musclebound figure in a red cape, a flawless sculpted specimen, using his inhuman might to lift an automobile above his head and save the helpless damsel within. Here, we witness the birth of Superman, “champion of the oppressed, the physical marvel who had sworn to devote his existence to helping those in need.”

In the world of comics, supermen (and, occasionally, superwomen) have played this role, of mankind’s protector, for decades. Until recently, cinema conformed to this idea of the comic-book hero—in the Spider-Man of Sam Raimi’s three films, rushing to pluck a toddler from a burning building; in the mutants of X-Men (2000), risking their lives to save humanity from a world-decimating masterplan; and in the Superman of Superman Returns (2006), safely landing a plummeting plane load of passengers.

This cinematic superman is no more. 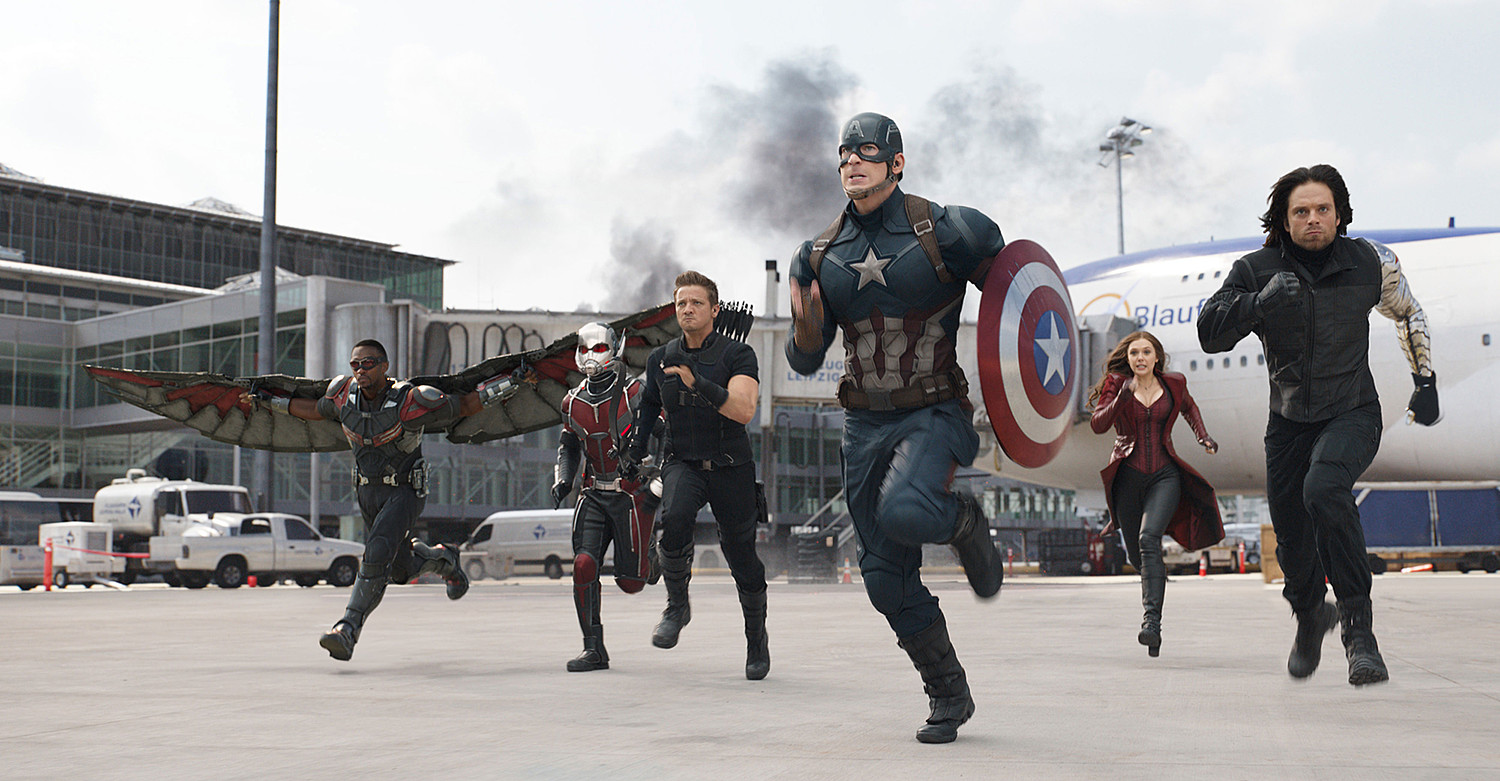 Look to the most recent entries in the Big Three superhero franchises—Warner Bros’ DC Extended Universe (DCEU), 20th Century Fox’s X-Men series, and Marvel Studios’ Cinematic Universe (MCU)—and you may notice a pattern emerging in the sub-genre. Their security no longer the priority, ordinary civilians have apparently become expendable to the cinematic superman. They are peacekeepers clumsily exploded by the Scarlet Witch, ordinary city-dwellers wiped out by a rampaging Man of Steel, our heroes so intent on defeating the enemy that they’ve lost sight of the reason they got into this racket in the first place.

It used to be that great power came with great responsibility, as Peter Parker’s Uncle Ben memorably reasoned in 2002’s Spider-Man. Now, it would seem superheroes of the screen no longer have that same overwhelming desire to remain responsible. This year, the Big Three have each borne a movie in which our heroes have turned to infighting, casually wreaking havoc on the world as they pummel invincible flesh. In Captain America: Civil War, the Avengers demolish an airport as they violently disagree over proposed government supervision of the team; in Batman v Superman, the Caped Crusader and Kal El trash Gotham as they each battle to prove their supremacy; and in X-Men: Apocalypse, the entire planet is almost destroyed as a divided group of mutants clash over whether or not they think the human race deserves to be eradicated.

At no point do our heroes seem to give any thought to the devastation they’re causing. There are no reaction shots of the ordinary folks caught up in all the mayhem. Regular people in these movies have become ants, with mankind’s great towers and landmarks just Lego blocks for the supermen to smash and tear down. Recent superhero movies have looked less like the colorful cartoons of old, and more akin to Godzilla movies, with Kaiju duking it out in major cities as people watch helpless below. Such films don’t recall the innocent cover of Action Comics 1. The canvas they best resemble now is Goya’s The Colossus, an awesome, terrifying vision of unnatural power, at the periphery of which mere mortals can do nothing but point and flee. 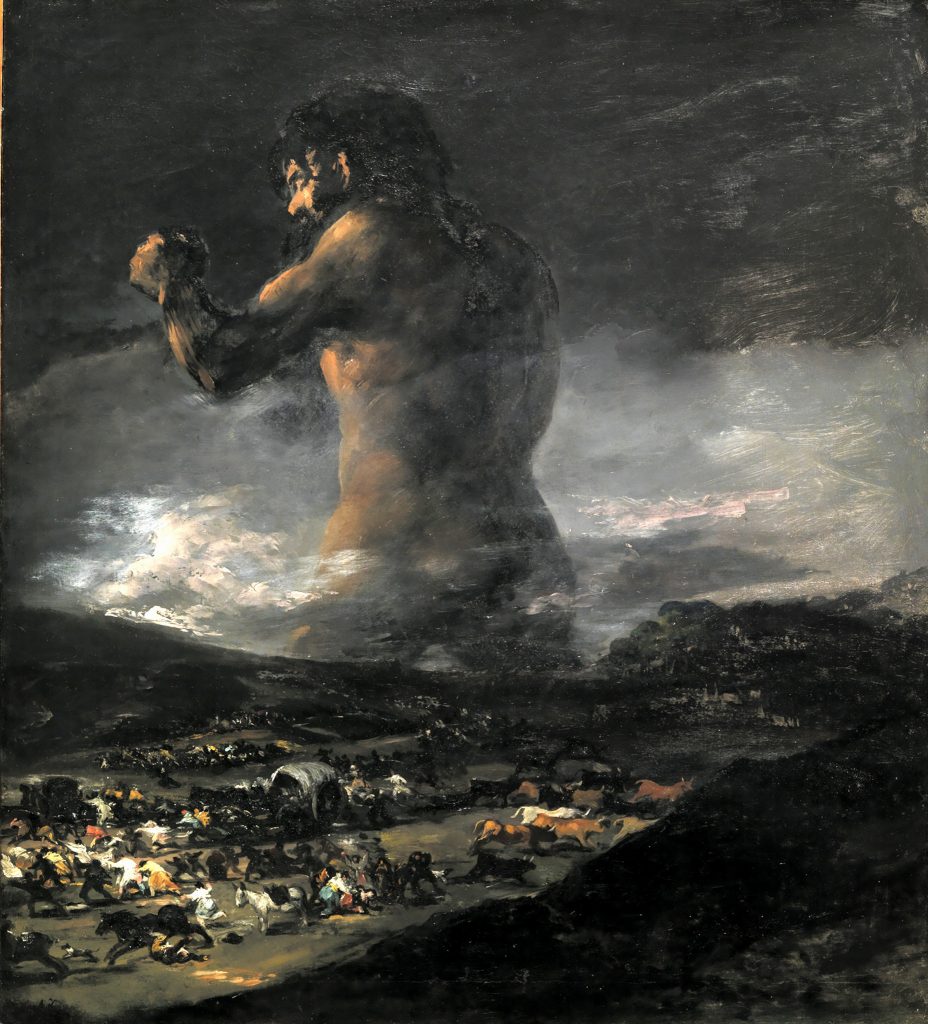 The aim of the antagonists in Civil War, Batman v Superman and 2014’s X-Men: Days of Future Past is to curtail the superheroes’ powers, with the government officials lending their support interested in preventing further obliteration of populous areas. Our heroes’ reaction is not to comply, but to fight back in defiance, causing yet more destruction in the process. Protecting citizens doesn’t even come into it. No longer chiefly concerned with the people they once sought to defend as a priority, our cinematic superheroes have taken a liking to preserving their own power. The likes of Captain America in Civil War and Superman in Batman v Superman believe they should answer to no one so strongly that they’re prepared to potentially kill for it. Pretend for a moment that these aren’t your protagonists, and suddenly these films begin to look a bit like monster movies.

Of course, they don’t much feel that way. Hollywood’s superhero extravaganzas aren’t necessarily told using the language of horror cinema (though one could see Civil War‘s loud, almost random-seeming title cards—“1991,” “CLEVELAND”—as having taken cues from The Shining, while Batman v Superman is relentlessly Gothic), but neither do they bring to mind the cartoons we perhaps once imagined. Our comic-book good guys, nowadays rarely as selfless or uncomplicated as the star of Action Comics 1, might now even evoke horror archetypes. There is Tony Stark in Avengers: Age of Ultron creating his own Frankenstein’s Monster, a homicidal automaton that reduces a city to ruins, for which Stark doesn’t receive so much as a reprimand. There is Bruce “Hulk” Banner acting as the same film’s Dr. Jekyll figure, with his Hyde an immense green golem that senselessly demolishes a piece of downtown Joburg, again with zero repercussions. They are costumed serial killers, like Ben Affleck’s newest Batman, and unapologetic world destroyers, like Michael Fassbender’s Magneto and Henry Cavill’s Superman, apparently killing thousands in X-Men: Apocalypse and Man of Steel and still walking away at the end of both movies as our heroes.

Recently, David Ehrlich wrote in a vital Rolling Stone essay that cinematic superheroes are becoming virtually immortal, as a result of the movies themselves now being “too big to fail.” That these all-powerful beings, all of whom appear to be coming to the realization that they don’t have to answer to anybody, are in effect invincible only adds to the horror. It was rumored that Civil War and Apocalypse would function as character culls for two respectively ballooning universes, but as with Batman v Superman, even after two and a half hours of supernatural fireworks, every one of our heroes remains alive and well. And the lasting damage is done not to them, but to the non-powered beings who barely even factor in these movies anymore. The idea of the superhero as a savior has soured on the screen. Once mankind’s better, the cinematic superman is becoming increasingly just as self-centered and careless as the rest of us.