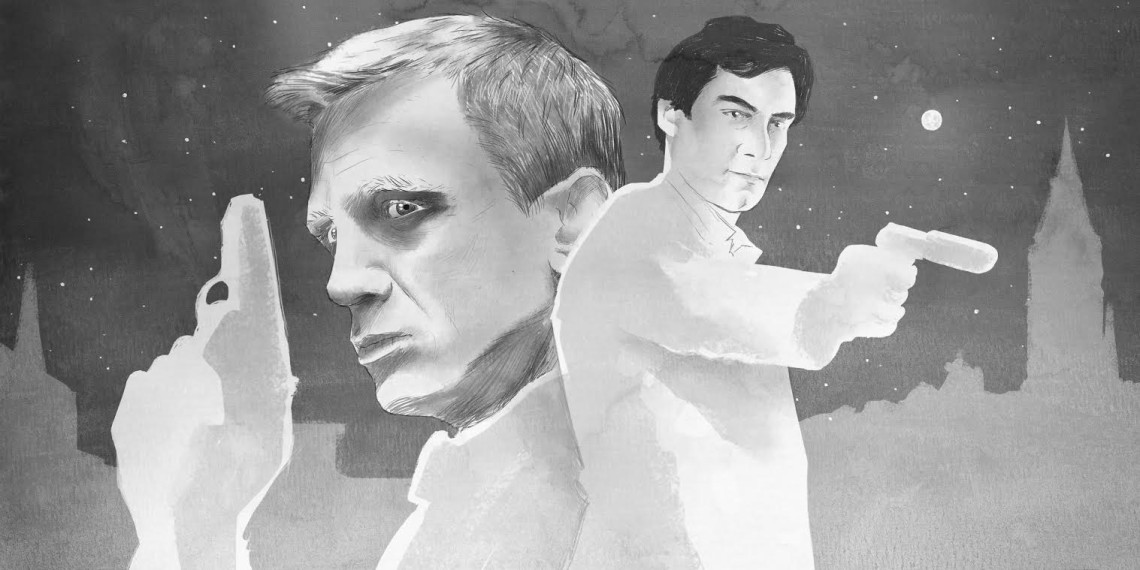 How Timothy Dalton’s James Bond Was The Proto-Daniel Craig

“You were fantastic. We’re free!” Kara Milovy, the blonde sniper-rifle-holstering cellist swoons. “Kara, we’re inside a Russian airbase in the middle of Afghanistan,” James Bond retorts.

From other mouths, perhaps even Roger Moore’s, the latter line’s quippishness might feel more obvious, both jocular and overwrought. From bona-fide thespian Timothy Dalton’s, it sounds aggressive and serious: This 007 isn’t fooling around.

Dalton’s approach, called “humorless” by many at the time, was not dissimilar to that of our current 007, Daniel Craig. As Steven Rubin articulates it in The Complete James Bond Encyclopedia, focusing on what Dalton referred to as the “gritty realism” of Ian Fleming’s original novels, he was the first actor to consciously play James Bond as a kind of detached sociopath. Even when sparing the life of the amateur sniper, Bond’s claim to M that it was “instinct” is a facile lie. More than any other Bond before him, Dalton made Bond’s drive animalistic, even carnal.

The transition from Roger Moore to Timothy Dalton—previously known for playing Shakespearean roles on the stage and acting in films like Mary, Queen of Scots (1971) and as Heathcliff in a BBC production of Wuthering Heights (1970)—was, for audiences and critics, rockier than expected. Dalton had been offered the role in 1968 for On Her Majesty’s Secret Service, but turned it down because he thought himself too young (he was 24). But the time that passed when he stepped into the role 17 years later is evident in his face and performance. Where Moore was clownish and Connery too suave for his own good, Dalton is, by his predecessors’ standards, menacing. He doesn’t look like James Bond, really: The brand of debonair he embodies is one with smugness, superiority, even angst. This makes sense, especially in light of his performance as Rochester in a BBC TV-miniseries adaptation of Jane Eyre in 1983. He doesn’t often smile, and when he does, it’s rarely pleasant. Instead of lightness, he brings gravitas even to conventionally ludicrous sequences and set pieces like the “cello case as sled” scene in The Living Daylights.

Yet, unlike Craig’s entrance into the world of Bond, there’s no obvious impetus to the transition in performance style. The Living Daylights, like the previous half dozen or so films before it, keeps sociopolitical realities of the world at arm’s length, and though shades of the impact Communism had on Afghanistan are evident, its effects are more subtextual than as deeply embedded into the text as the post-Cold War tensions of Pierce Brosnan’s first outing, GoldenEye (1995).

Bond’s misogyny is, unfortunately, part of the franchise’s DNA, and Dalton’s seriousness doesn’t make this easier to digest. Moore and Connery could get away with it to some degree because they were jokey/iconographic enough that they ended up shaping how contemporary masculinity and its relationship to femininity could be perceived and performed, despite the abusive aspects. Dalton, while less overtly abusive, retains the superiority without anything to distract from it. His background in the theater makes his Bond more confrontational, both to the audience and to other characters in the film, creating an uneasiness. When he says “shaken, not stirred” to a hotel employee, his look isn’t nice; it’s “You should know damn well what I want to drink.” (Similarly, in Casino Royale, when a bartender asks Bond how he wants his martini prepared right after losing a game of poker, he spits back, “Does it look like I give a damn?”) He is unconcerned with fulfilling all the Bond conventions, only doing so to a degree where it suits Dalton the performer and Bond the secret agent. Timothy Dalton’s James Bond is, simply put, the most professional Bond ever.

Dalton’s second and last Bond film, Licence to Kill (1989), is less wary of acknowledging real-world dangers, realizing that the escapist pleasures of The Living Daylights don’t make much sense in the context of Dalton’s interpretation. If every Bond actor can be an auteur for their respective Bond films, Dalton’s authorship shows up in Licence to Kill, a film that really did embrace grittiness. If The Living Daylights was commercially successful, banking about $190 million, it’s a credit more to the adherence to the formula than to Dalton’s devil-may-care Bond. Compare that to Licence’s $156 million, disappointing especially given that it only made about $35 million in the U.S. (Such lackluster box office would be one of the litany of reasons why there would be a six-year hiatus until Bond would return to the big screen.)

Despite the unimpressive box office, Licence to Kill, much more than Daylights, feels much more like Dalton’s film because of its unapologetic darkness. Its color scheme went from bold and colorful, like every other Bond film, to muted and monochromatic. Dalton feels more visibly comfortable, facing off against Robert Davi as a drug lord and pre-Soderbergh Benicio del Toro as Davi’s henchman. Michael Kamen’s iteration of the Bond theme roars onto the screen as the film opens, indicative of Dalton’s push for making Bond go full throttle this time around. And while Bond has deviated from MI6’s wishes plenty of times, he’s the only actor to have his, ahem, license to kill actively revoked.

While previous Bonds took pleasure in constantly facing danger, Dalton treats it dispassionately, as a challenge to be met while carrying out a job. He’s actively disinterested in whether his audience likes his Bond. Few trust Bond in Licence to Kill, and when they do, it’s not in the same capacity as in the past. Pam Bouvier (Carey Lowell) eschews the meet-cute comedy of other female allies to Bond: “It’s ‘Ms. Kennedy,’ and why can’t you be my executive secretary?” she asks after Bond casts her as “Miss Kennedy” while they’re undercover. Though they become romantically involved by the end of the film, there is marginal effort to put Bond in his place.

The grim, rough-hewn quality of Dalton’s James Bond would anticipate Daniel Craig’s current take. Like Dalton, Craig’s experience in theater (such as working with the Royal National Theatre in Tony Kushner’s Angels in America) helps him bring a significant sense of authority to the role. But though Craig’s 007 is as dispassionate, hardened, and world-weary as Dalton’s, the one crucial quality Craig has over Dalton is humanity. However cynical Craig’s 007 might be, he brings a wary sense of humor to the role, one that suggests an emotional shield—a facet that Dalton never bothered to dig into. While Dalton was concerned with making audiences take the world-famous secret agent seriously, Craig is concerned with making him a fully dimensional character. Through Casino Royale, the revenge-drenched Quantum of Solace, and Skyfall, James Bond becomes greater than his iconographic status. Craig is merely taking Dalton’s conception to the next logical step.