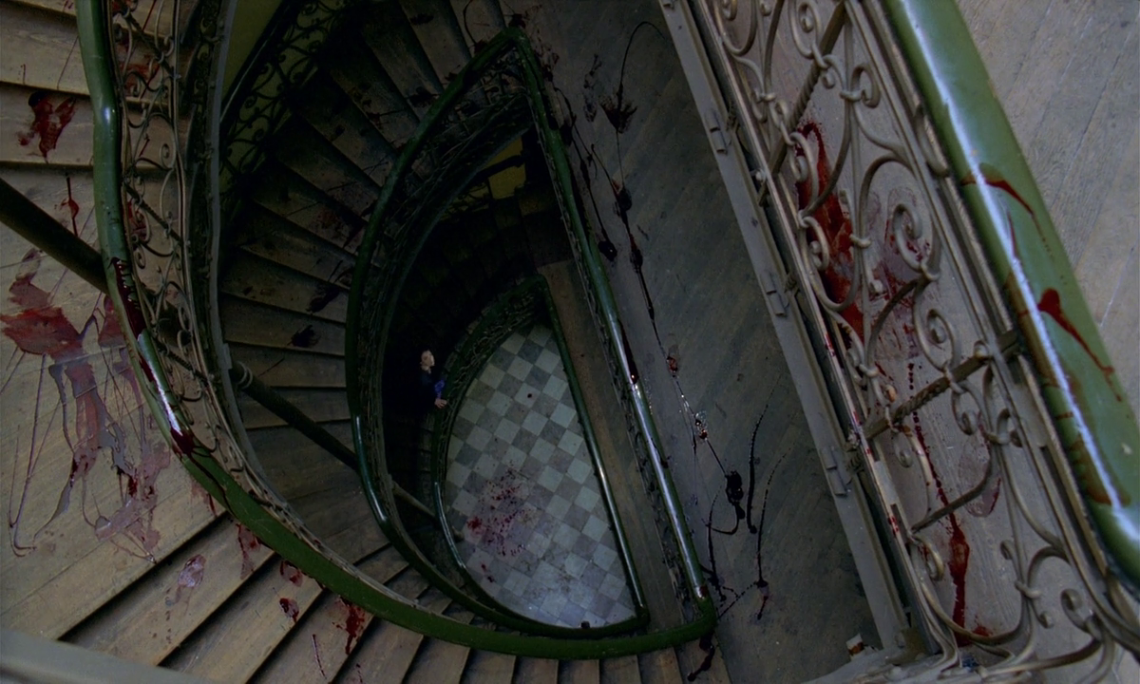 This Week on MUBI: “Possession”

In this week's column, Jake Cole looks at the memorable and terrifying Andrzej Żuławski film "Possession."

When Polish director Andrzej Żuławski died last month, his eulogies uniformly revolved around arguably his only well-known and much-seen film, Possession. The 1981 horror classic is an odd film on which to pin grief, not because of its content or its scares but its undiluted rage. Composed in the wake of a messy divorce, Possession is one of the angriest, most self-immolating films ever made, a document of a break-up that so confounds the perceived natural order of relationships that the magnitude of betrayal and recrimination can only be understood when projected against a cosmic reckoning.

It starts simply enough: Anna (Isabelle Adjani) tells Mark (Sam Neill) that she wants a divorce, and an initially amicable breakup turns sour as Mark stews in his confusion and pain. Perhaps reflecting the director’s own feelings of bewilderment, early conversations are circumspect, with Anna never explicitly saying why she wants to leave, and Mark never adequately elucidating why he wants her to stay. Żuławski’s direction, filled with untethered and unpredictable camera movements, reflects the displacement, the sudden detachment from the world as the characters knew it before this personal rupture. Soon, violence erupts as Mark’s simmering temper gives way to physical altercations.

If the film never escalated beyond this point, it could still serve as a vicious kind of horror-drama, one uncomfortably rooted in an unhinged realism where the loping motions of the camera and the stretching effects of wide-angle lenses dress up a terrifyingly plausible narrative of abuse. The idiosyncrasies of the direction maximize the couple’s schism, as in a scene where Mark hits Anna so hard that blood begins to flow from her mouth and she flees out into the street. The camera initially follows perpendicular to the actors as Mark chases after Anna and threatens her, only for the frame to cut to a rushing POV shot from Mark’s perspective as Anna suddenly turns and charges back at him, making the viewer feel Mark’s startled pause at her defiance. Elsewhere, a scene of a fight abruptly becomes a scene of Mark picking up the couple’s young son from school, the bridging of this seeming calm with the previous animosity clarifying the child as a pawn in their squabble.

As forceful as the direction is, the actors truly embody the film’s nasty energy. Neill has one of the most disturbing smiles in the history of cinema. It’s the grin of an animal playing with its prey, of someone who has always just caught someone out in a lie, or with their hand in the cookie jar, and he is letting them wonder what the punishment will be. The actor may have hit pay dirt as a surly but lovable hero in Jurassic Park, but he is always at his best when playing characters whose resting states are sociopathic. Żuławski always calls attention to Neill’s coiled-spring fury, as in a scene of Mark wildly rocking in a chair as he waits for Anna to come home. The camera is placed in such a way that Mark all but disappears from the frame when he kicks back in the chair, only to stop at the forward-most point of the rock in a wide-angle close-up that causes his face to take up more of the frame than it should. If this film started at least partially as the director’s self-pitying exorcism of his own demons, casting Neill as the ostensible dam against the manic, apocalyptic revelations of the film’s second half immediately brings the male figure in for scrutiny and censure. 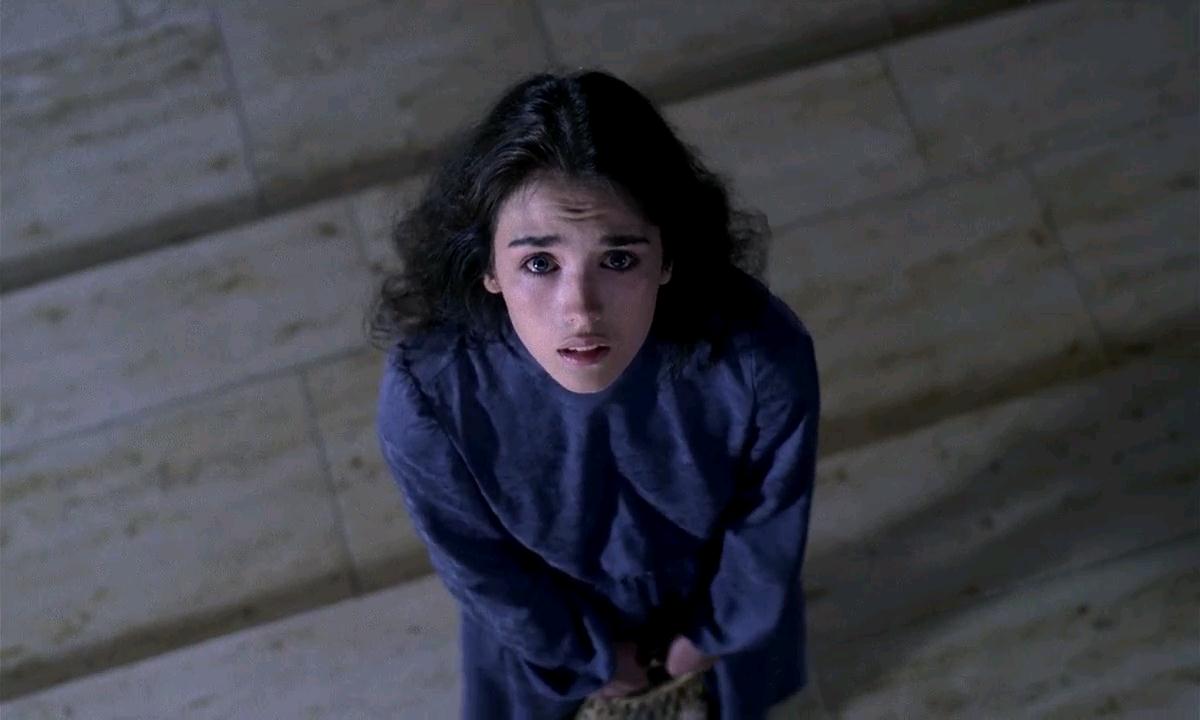 But this is, of course, Adjani’s movie. It’s her bloody face and wide eyes stomping across city streets, her eerily cryptic line deliveries, her whirling-dervish interpretive dance of a miscarriage that sends her thrashing around an empty subway tunnel in a Grand Guignol sludge of spilt milk and vaginal blood. Neill’s performance is a rupture of superego, the lashing out of a man who has rationalized, however poorly, the manner in which he has been wronged and grows only angrier the longer he thinks about his situation. But Adjani is all id, moving in such frantic, whipped fashions that it looks as if some unseen hand is tugging her around like a rag doll.

When the drama evolves into full-on cosmic horror with the revelation that Anna has birthed, and mates with, a tentacular alien creature, whatever cuckolding phobia the being is meant to symbolize to Mark is lost to the immediacy of Anna’s treatment of the sickening mass. She treats the creature with maternal tenderness and a lover’s infatuation, bringing it unwitting fools for its meals and looking after it with care. Presenting the beast to one of the men she’s lured back as fresh meat, Anna says “He’s unfinished, you know” with such horrible flatness, a matter-of-fact statement of objective reality, that the representative qualities of the alien are replaced by its simple presence, its tangible nightmare.

More than three decades later, it is this directness, this clear and present horror that makes Possession so great and singular. Filmed in West Berlin, the film bears both the scars of World War II and the botched reconstructive surgery of the city’s Cold War division. A more politically minded film might have looked to the Wall as a metaphor for the disruptive and destructive separation between the couple. But Possession, like a Stephen King novel, consumes and obliterates social anxieties in favor of the primal.

H.P. Lovecraft is often cited as a touchstone for the film’s horror, and the connections are obvious: Żuławski mines the same terror of confronting irrationality with the limits of the human mind, of finding in a wriggling mass of tentacles the maddening incomprehension of something outside our narrow perspective. But it is the sublimation of myriad fears across a wide scale into a single, roiling conflict that is at once morally irresolute and starkly Manichean that is all King. Berlin is not a manifestation of these anxieties; it is a battlefield, and like any strip of land where two forces collide, it is inevitability, not metaphor, which forces the fight.

If you’re interesting in watching Possession on MUBI, use your Movie Mezzanine coupon for an exclusive discount and access to a breathtaking library of cinema!