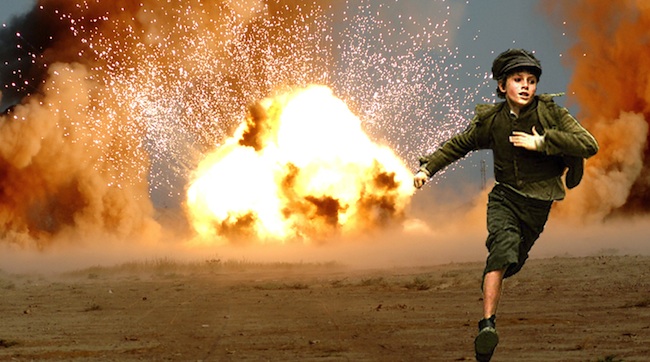 This Week in the Death of Cinema: But With ACTION!

Earlier this week, THR reported that Sony is developing a “re-imagining” of Oliver Twist called Dodge & Twist. The “twist” in this case is that the movie will be a sort of action/adventure film in the vein of Guy Ritchie’s recent Sherlock Holmes. Usually, when it comes to such silliness, the best thing to do is roll one’s eyes and move on. This time, though, I think we need to talk.

Quality of the films aside, I don’t really have a problem with re-appropriating a classic story, or infusing it with a more modern style. But there’s a world of difference between something like Guy Ritchie’s Sherlock Holmes and Steven Moffat’s BBC series, Sherlock. Where Moffat takes a classic character, places him in the modern era and explores how the Holmes might fit in, Ritchie’s film keeps the classic era but throws in a modern style. The problem is that his concept of what makes something “modern” is basically action and explosions.

Exec #2: The book with the detective?

Exec #1: Yeah. We should totally make a new movie out of that series.

Exec #2: Hmm. You might be on to something. I smell franchise potential. Only problem is, Sherlock Holmes uses his brain to do stuff and that’s boring. Nobody wants to see somebody just being smart and solving crimes.

Exec #1: Okay, but what if we make it an action movie! And heck, we can even have Holmes being so smart that he can basically see the future and maneuver himself during fights and action scenes.

Exec #1: Damn straight! The mystery doesn’t even need to be important, just make him fight all kinds of people. It’ll be great!

Exec #2: Done. Get some hack director on the line and let’s get this ball rolling!

Instead of finding a truly modern approach, Ritchie largely ignores the entire conception of the classic character in an attempt to graft action onto a story that doesn’t necessarily need it. Of course, the results speak for themselves: Sherlock Holmes was a pretty big success at the box office.

Now, the idea of adding action to pep up a stale property is nothing new, nor is it something inherently bad. J.J. Abrams’ Star Trek essentially took the characters from the original series and stuffed them inside an action film. Many have argued that while Star Trek ’09 is a fun film, it isn’t really “Star Trek” in the classical sense. This may be true—it really depends on what you want out of the franchise—but one thing is for sure: the film manages to be smart and character-focused while also delivering situations that call for cool action sequences. It’s all done with purpose, not as a crutch.

Meanwhile, you look at Sherlock Holmes or Hansel and Gretel: Witch Hunters and what you get are stories where the characters don’t matter except to provide anachronistic witty banter, and the stories don’t matter except to get to the next ridiculous bit of action. Why? Because modern audiences want modern movies and nothing says modern like an explosion or a slow-motion fist fight.

Maybe Dodge & Twist will be good. Who’s to say? It hasn’t even been written yet. But the second I hear “It’s the classic story, but with ACTION!” I’m already annoyed. Hollywood has never been a bastion of originality, but the implication that action=modern is basically insulting. As though modern audiences will be duped into watching a poorly written movies based on classic works only if they have stuff blowing up every few minutes. Tell that to the box office returns for Hansel and Gretel versus the returns for Lincoln or Argo. Come on, Hollywood. We’re stupid, but not that stupid.