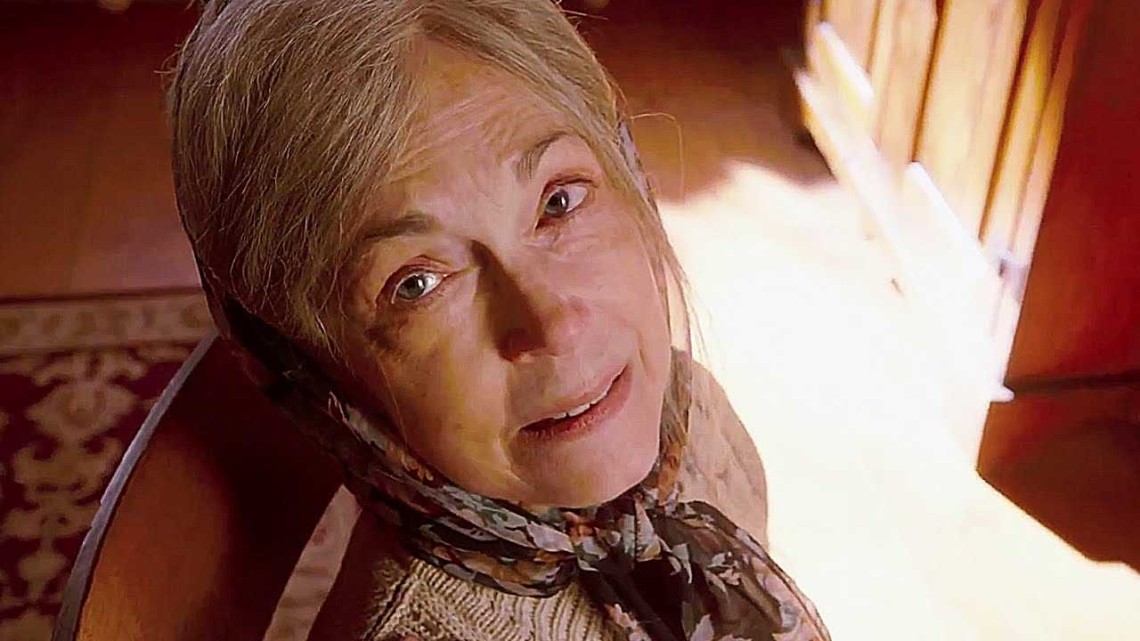 “The Visit” Is M. Night Shyamalan’s Best Film Since “Signs”

In the late summer of 1999, two low-budget movies intended to scare audiences helped change one aspect of the mainstream-cinema landscape: the bare-bones found-footage horror film The Blair Witch Project and the spooky psychological thriller The Sixth Sense, whose twist ending is now the stuff of iconography. A lot sure has changed in the intervening 16 years. Though the people behind the former film have struggled to repeat their success, found footage has become a burgeoning sub-genre of modern horror. As for M. Night Shyamalan, writer-director of the latter, though he has delivered a handful of impressive follow-ups, these days his name has become a joke because of his stilted dialogue, self-serious storytelling, and eye-rolling plot surprises. Now, finally, Shyamalan has returned to his low-budget roots, and he’s doing so with found footage in his new film The Visit.

Ironically enough, it’s the found-footage gambit that serves as a roadblock from this movie being more than just a decent way to get rattled at the theater. Unlike many found-footage films, The Visit clarifies why everything is being filmed, and why everything continues to be filmed, fairly logically. And yet, there’s still very little enhancement offered by the stylistic gimmick, no reason why the story needed to be told this way. The setup is simple: Rebecca and Tyler (Olivia DeJonge and Ed Oxenbould) are visiting their grandparents (Deanna Dunagan and Peter McRobbie) for the first time, and Rebecca, a budding documentarian, wants to film everything in the hopes of bridging the emotional distance between her mother (Kathryn Hahn) and the parents she hasn’t seen in more than 15 years. Though Nana and Pop-Pop are initially welcoming, it becomes increasingly clear that something is amiss at home. They’ve been missing their volunteer work at the local hospital; Pop-Pop keeps going to the isolated shed in the woods to do…something; and at night, Nana is either vomiting or scratching the walls while writhing around naked.

Because The Visit is a found-footage horror movie (which is fairly redundant, since it’s rare that a found-footage movie isn’t from this genre), the surprises here lie in what’s really going on with Nana and Pop-Pop, instead of each specific scare. In hindsight, Shyamalan, who wrote and directed, is indulging in a meta-commentary on the genre as well as on the youthful desire to be a filmmaker. (Rebecca, in explaining to her younger brother Tyler about her methods of emotional manipulation and utilizing old-fashioned music as an ironic needle drop on the soundtrack, seems less like a mouthpiece for Shyamalan than a way for him to mock his earlier ambitions.) One early set piece involves Rebecca and Tyler playing hide-and-seek underneath the house, and the way it turns creepy is a nice skewering of the modern horror trope of the ghostly female figure with stringy long hair chasing down our heroes endlessly.

There is, of course, one final turn of the knife in the film. Some will tell you that this is just Shyamalan being Shyamalan, unable to avoid a twist ending. The final reveal—which, to be clear, introduces the abbreviated third act, instead of being the last scene—isn’t exactly shocking, nor does it seem designed to be; even in his misfires, Shyamalan always plays fair with the audience. In some respects, it’s also delightful that he avoids the supernatural in The Visit, no matter how often he teases otherwise. His big twist is mostly logical (though some of the particulars suggest a plot hole or two) and ends up making this film feel like a gleefully nasty episode of The Twilight Zone. As has been the case throughout his career, Shyamalan is also an extremely talented director of children: DeJonge and Oxenbould are moderately polished child actors, but their characters’ mix of curiosity and terror never once seems overly mannered or precocious.

It is extraordinarily faint praise to suggest that The Visit is M. Night Shyamalan’s best film since Signs, but it’s also true. His deadpan style of humor and penchant for long takes that exacerbate tension are on display here (and thankfully, he himself is not, avoiding a self-aggrandizing Hitchcock-esque cameo in the vein of his Vick Ran in Lady in the Water). And he’s adapted well to the found-footage genre, which isn’t that shocking; one of the best scenes in The Sixth Sense revolved around characters literally finding footage and being horrified by what they see, precisely because it’s completely grounded in reality. Despite teases to the contrary, The Visit is similarly grounded in reality, in spite of its found-footage gimmickry. That aside, it’s just nice to see a good M. Night Shyamalan movie again.