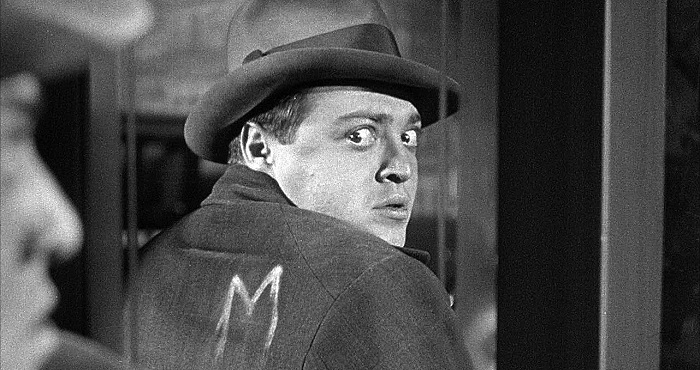 M is a challenging film. It presents its audience with a man who commits the most heinous act imaginable: the killing (as well as implied molesting) of young girls. The police and the people seek to bring this man to justice. But first they must find the man. The man is Hans Beckert (Peter Lorre). As he continues to elude the police, they adopt more drastic tactics to flush out and arrest the child killer.

However, in the process, the film examines the bounds of justice. When are measures taken too far? When does a citywide manhunt become a police state? What does it take to turn the vigilance of citizens into a mob? Why are we quick to jump to conclusions to judge others while failing to recognize our own crimes?

Most of the film is concerned with trying to discover the identity of the child-killer and this stretch of story explores the dynamic of a city who all wants the same thing, but goes about it in very different ways. The police in their frustration become more and more daring and oppressive in cracking down on citizens. Random raids seem more like shows of power in the midst of frustration as opposed to investigating legitimate leads.

But the police aren’t the only group using a quest for justice in order to justify displays of power and frustration. In one scene, a man caught for a petty crime is beaten by a crowd that mistakes him for the child-killer. The people’s mission to find this man has them jumping to conclusions and instead of letting the police handle it, they pour out their frustration and anger on an innocent man. 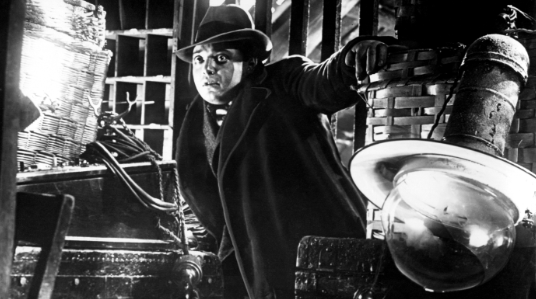 Even the criminals decide to take action. Sick of the oppressive reign of the cops on the city, they solicit the union of beggars to become their eyes and ears. In a turn of irony, they condemn this man for his heinous acts and go on a quest for justice even though they themselves have committed all sorts of injustices and, in fact, commit even more of them in the process of hunting down the child-killer.

One could argue that the film isn’t arguing that justice is perverted, but that there’s a thin line between justice and vengeance. While this is a possible reading, it ignores a late sequence where the criminals put Hans Beckert on trial in their own impromptu, kangaroo court. Hans is given defense council and proceeds before a “judge” in a system that resembles justice. The film places these trappings of justice, but shows how the desire for justice is ultimately unsatisfying.

It’s first unsatisfactory because all humans are flawed judges. The criminal’s judge is a known murderer. His murders are not as heinous, but his very character makes him unworthy to be a judge, as does the character of everyone who makes up the court and the audience. If we are not willing to submit ourselves to justice, what right do we have to seek others to be put to justice?

In the last scene of the film, Hans is judged before a real court. Even with a proper judge, justice isn’t enough. The reason is contained in the final shot. The mothers of the murdered children are shown and one of them says that this court can’t bring their children back. Justice is inadequate because it cannot bring restitution or restoration towards the offense. It has been committed. Justice may punish the wicked, but it’s ultimately lacking.

5 thoughts on “The Second Criterion: ‘M’”