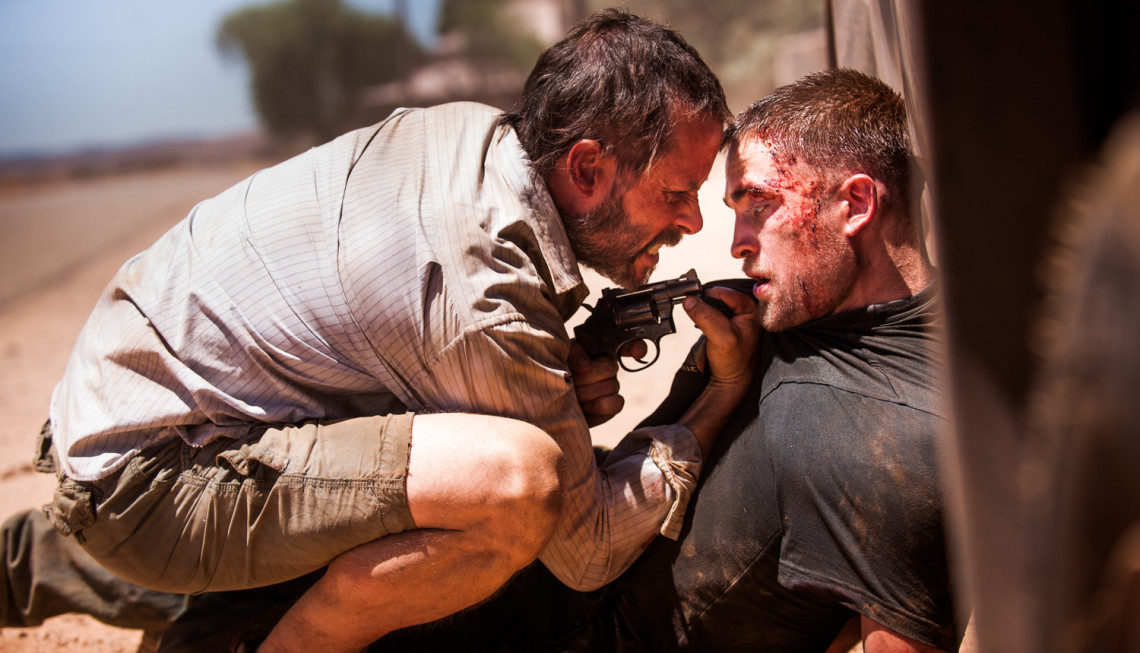 I think we need to declare a moratorium on post-apocalyptic stories. Or at least, maybe artists should have to get special permission to make them, via a rigorous pitch process through which they demonstrate that they have something new to bring to the table. As it is, it seems that this genre exists to give writers an easy way to fill their stories with violence without having to pay much thought to consequences. They can make nasty adventures on a shoestring budget. But the dividends are paying less and less now, especially since YA fiction has mightily muscled in on the genre to the point of over-saturation. The Rover has nothing new to offer, and playing in the post-apocalyptic setting actually seems to have deadened some of Australian director David Michôd’s considerable talent.

Ten years after some vague societal collapse (imaginatively referred to as “the collapse”), a man played by Guy Pearce (his name is apparently Eric, but I don’t remember hearing it said during the film) roams the Outback in his car, his sole remaining possession. When a trio of thieves led by Scoot McNairy jacks it, he sets out after them. He’s aided by Rey (Robert Pattinson), the simple-minded younger brother of McNairy’s character whom the gang left behind during their latest heist. The pair travel the wilderness, encountering the requisite post-apocalyptic random savagery along the way.

I’m not sure if any extra art direction was needed to make rural Australia look like it’s suffered the aftermath of the death of civilization. They might have needed to add more dust. But this is a low-budget production, and they worked with what they had. The movie is strongly reminiscent of the first Mad Max, the one that people often forget is vastly different in tone from its sequels. This world plays out a lot like a western, the loss of the law legitimizing an environment of isolated settlements and roving outlaws in a not-too-distant-future setting. The plot is very basic as well, all about the single-minded pursuit of property. And the relationship between Eric and Rey reminds one more than a little of that between the father and son in The Road, albeit with antagonism in the place of pure love. Rey’s not-quite-innocence (he indulges in plenty of cold-blooded murder) is the source of both conflict and some brief flickers of humor in the otherwise somber piece.

The Road. Mad Max. Any other rusty dystopia you can think of. The Rover hearkens to all of them without doing much that will make any future films in this genre make the viewer think of it. Its violence feels like it’s done to fulfill an obligation more than anything else. There are numerous moments where the most logic I could detect for why someone killed someone else was, “That’s the world this is, so there.” At one point, Pearce says that one should carry every killing he does with him, which doesn’t jibe at all with the attitude he displays at any other time in the story.

Pearce is merely all right. He just has to gruff his way through, and gruff he does. Pattinson is… I’m not sure what to make of Pattinson. His sub-Lenny-from-Of-Mice-and-Men routine is such that I’m not sure whether to laugh in derision, feel vaguely offended, or do both. It certainly isn’t good. The Rover at least carries on Michôd’s visual talents, though it kind of runs out of engaging imagery around halfway through. This is a significant step down from Animal Kingdom, though I’m sure Michôd will be just fine going forward.