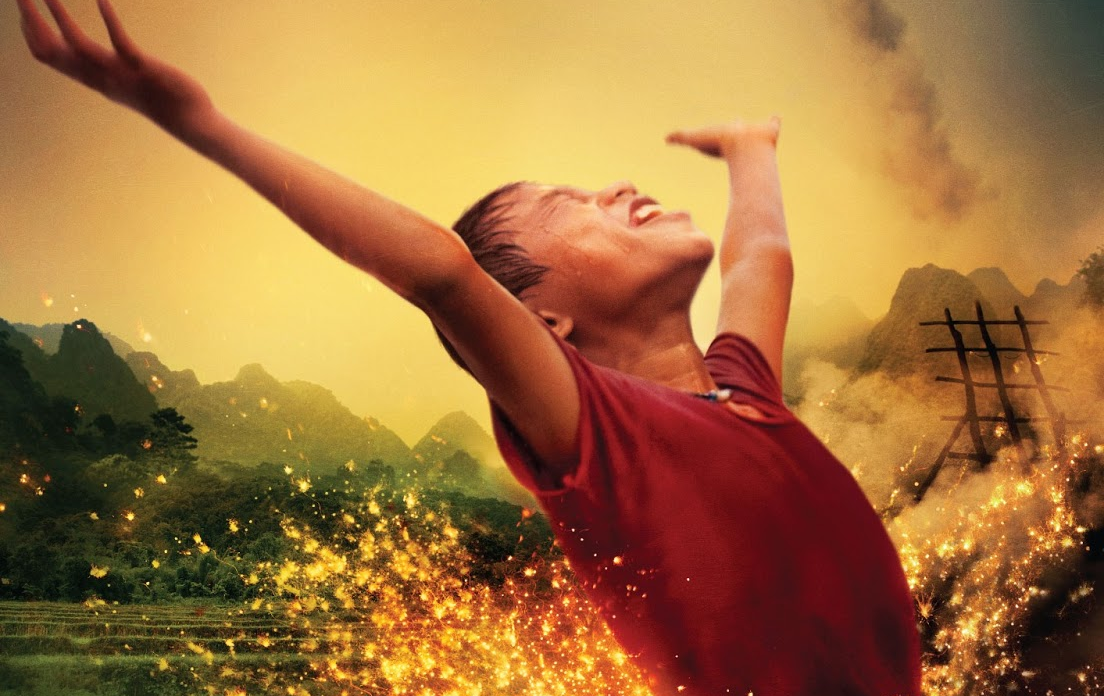 “The Rocket” Wins Your Heart Even When It Doesn’t Soar

The “crowd pleaser” is a strange kind of film. They are simultaneously able to garner both the most praise and the most backlash all at once. Take for instance The Shawshank Redemption, which still holds the #1 film slot on iMDB’s Top 250 list. A great film, I’d personally argue, but is it only great because it makes you feel triumphant by the end credits? This argument always pops up in a lot of the “inspirational” stories, whether it be Slumdog Millionaire, Forrest Gump, Dead Poets Society, the list goes on. “This film is too sappy,” one will say. “Its feel-good emotions distract viewers from the dismal script,” another would go. And while I definitely think these arguments are certainly valid, it must also be noted that cinema is, for the most part, manipulation, and there can still be something of worth in a story that succeeds at that kind of manipulation–without offensive falsities, of course.

I bring this up because I feel that this argument will be most certainly applied to Australian director Kim Mordaunt’s The Rocket, a Laos-set film with a plot synopsis that practically screams “inspiring!”, involving a young boy who overcomes his social and physical limitations and surpasses a great obstacle–in this case, a rocket-competition with a cash prize that could save his family.

The Rocket begins with a rather dark set-up: the birth of twins, one of them a stillborn. The film utilizes a fairly notorious Laotian tradition for its main conflict, in which twins are immediately killed after birth because they’re deemed an abnormal occurrence caused by the interference of spirits. The mother, however, doesn’t want to get rid of her new child, especially after the other one already came out dead.

Passing her new son off as an only-child, we fast forward to when he’s a young boy named Ahlo (Sitthiphon Disamoe), believed to be cursed with bad luck by his grandmother (Bunsri Yindi), who knows his secret. That bad luck seems to come into effect when the family is forced to vacate their village upon the construction of a dam that will flood it, and brought to a compound with even worse living conditions. Fleeing with his family and two friends–a young girl around his age (Loungnam Kaosainam) and her uncle named Purple (Thep Phongam), a James Brown megafan/impersonator–, their only ticket to buying a plot of land in a nicer village is by winning the aforementioned rocket competition.

The story is made up of “crowd pleaser” beats you’ve seen before in other, more successful movies, and while The Rocket doesn’t do much to set itself apart from those, it at least executes them in an effective enough manner. By the time its climax comes in, you find yourself cheering along with the characters, played by wonderfully natural child actors, backed by colorful supporting players that lend the film much-needed personality. 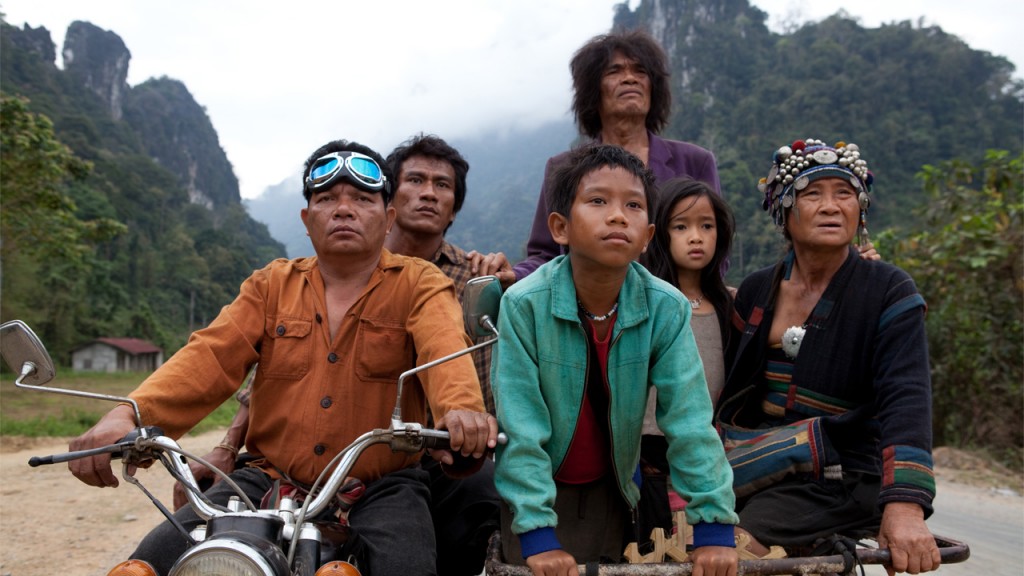 Setting is the only ingredient here that manages to give this age-old recipe a somewhat new flavor. Not just content to take full advantage of Laos’s lush jungles and poverty-stricken villages thanks to superb cinematography by Andrew Commis, the film also incorporates Laos’s traditions and history into the film. Most notable is Ahlo’s bad luck curse, which is a bit much in certain scenes, but it thankfully never makes it to Iñárritu-levels of misery-porn and is treated with a sense of self-aware humor (such as a scene in which Ahlo is force-fed goat testicles…because).

The rocket contest, meanwhile, is a village tradition to appease the rain gods, hoping that flying these rockets into the sky will bring rain to their village. This presents a pretty interesting dichotomy between the juxtaposition of these ancient Laotian traditions and a more scientific invention like that of a rocket. The film is ultimately about how Ahlo eschews tradition just through his mere existence, as he sets out to overcome his “curse”. But Mordaunt isn’t condemning these traditions either, giving them as much respect as Ahlo’s desire to break free of them. If anything, the only thing that’s short-shrifted is the actual rocket of the title, but that’ll be discussed later.

These traditions also factor in to the way the Laotian environment is depicted, with relics and still-dormant explosives from the Vietnam War littering the landscape. It’s not an integral part of the film, nor does it create an ominous undertone. Instead, these echoes from the past are just simple reminders of the wrongs and horrors of a time long ago. These explosives also serve as how Ahlo acquires the materials for his rocket, showing that futures can be built from the ruins of the past.

All of these elements do a good job of adding texture and cultural specificity to this tale as old as time, but that unfortunately doesn’t fix the film of its other faults. The titular rocket doesn’t even factor into the story until the 50-minute mark — and the movie’s less than 90-minutes long. Either the set-up should’ve been trimmed or the actual conflict should’ve been longer (or at least introduced earlier). It creates a strange pacing problem where the film is hitting the actual crowd-pleaser beats effectively, but at a rapid-fire pace that doesn’t give the story room to breathe, as character revelations and their arc resolutions come at breakneck speed in the final third.

The film eventually wins you over with its beautifully directed climax, which certainly lives up to its crowd pleaser aspirations, but it would’ve packed more of a punch had the pacing been more on point. The Rocket won’t change anyone’s world, but as a pleasantly sweet piece of world cinema, it’s still worth seeing and being charmed by.