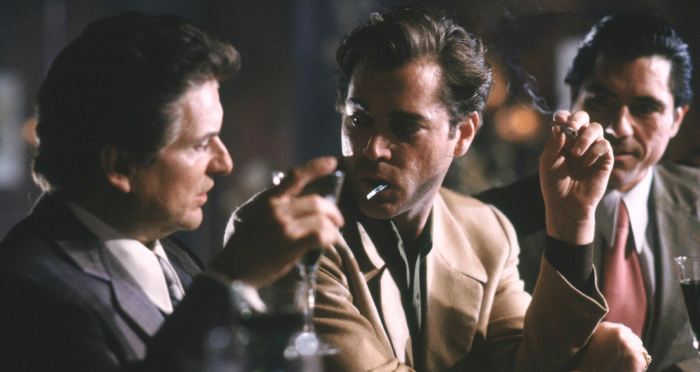 For those keeping track, it’s been more than three months since Movie Mezzanine asked all of you to rattle off your ten favorite films from the 1990s. The onus is on this editor-in-chief as to why the results of the poll weren’t publisher sooner.

When it was all said and done over 70 people submitted ballots to our latest History of Film feature. What’s more pleasing than the sheer number of cinematic enthusiasts who contributed is what the list exemplifies: staff, friends, and readers of Movie Mezzanine coming together to form an eclectic “top 10″ from a decade in cinema.

And eclectic it was. Below we have a colossal science-fiction classic, a pair of innovative foreign films, a triumvirate of timeless gems, the birth of three gifted filmmakers, and perhaps the best mobster films ever made. In a perfect world, these ten films serve as a snapshot of the 1990s.

Note: Next time around we’re going to have various members of the staff, including myself, write about each of the ten movies in great detail.

Without further ado, the ten films you chose …

We’ll be continuing this feature on Sunday with the 1980s. We hope you join the discussion.