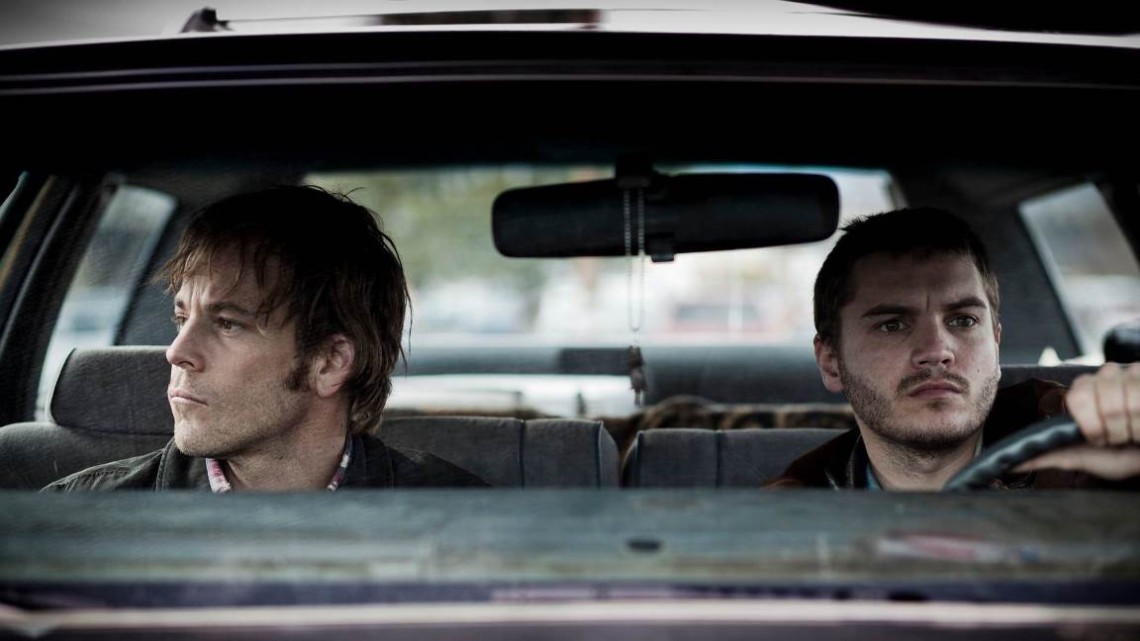 ‘The Motel Life’ Is A Promising Directorial Debut

It’s very hard to predict greatness in filmmaking. We usually don’t even know when we’re seeing it, as evidenced by how badly the Academy Awards have been able to predict which films will stand the test of time. So while many film critics spend their days debating greatness, we would all be well-served by taking a moment to recognize those solid and well-crafted – if not quite great – films by directors from whom greatness might one day unexpectedly spring.

The Motel Life is one of those films. The debut offering from directors Alan and Gabe Polsky tells a well-worn story of two hard-luck brothers on the run from the law with genuine feeling, strong performances, and no small amount of directorial craft. It’s a country western song set to film; its sadness is never underlined but presented as a mere fact of life. As a result, while my heart never leapt while watching The Motel Life, I always felt like I was in good, knowing hands.

It helps that the dynamic between the two brothers feels so deeply familiar. Jerry Lee (Stephen Dorff) is the problem child – naïve, emotional, and just a little dumb. Having lost his leg in a train accident as a teenager, he now literally limps through life, trying to keep up with the rest of society. His brother Frank (Emile Hirsch) is smarter and could even be talented enough to make something of his life, but family comes first, and he spends most of his energy taking care of his weaker brother.

Because we know these types so well, little exposition is needed when, in the first few minutes, Jerry Lee stumbles into Frank’s apartment with blood on his clothes and tears on his face. He’s run over a kid in his car and, instead of staying and dealing with the messy aftermath, he did the only thing he knows how to do: he fled. Recognizing the severity of the situation, Frank and Jerry Lee pack their things and head to the first of many crummy motels, where they scheme to leave town and start a new life elsewhere.

While they plot their getaway, they escape the hardness of their situation through fantastic, often bawdy stories Frank tells to Jerry Lee. Illustrated by animator Mike Smith, these sequences are vividly drawn but mostly unnecessary, as the film is already filled with colorful characters. There’s Tommy (the always welcome Joshua Leonard), Frank’s gambling addict friend who convinces them to partner up on a long shot bet; Earl Hurley (Kris Kristofferson), a used car dealer and gruff father figure to Frank; and Annie (Dakota Fanning), a delicate former prostitute, whose heart Frank broke years ago. With such an animated cast of characters, the cartoons don’t provide much of a contrast.

Dorff, too, goes big in his performance. Jerry Lee is a sweaty, emotional mess, in pain and on the verge of tears for much of the film, a marked contrast to Hirsch’s quietly commanding and charismatic performance. I see what the two actors are going for–brothers often grow up in opposition to each other–but the disparity is a bit too much at times, and it starts to feel as if Dorff and Hirsch are acting in two different movies.

Still, there’s enough filmmaking acumen on display – the pacing, the humor, the comfort level with exposition – to make up for the flaws, and I have a feeling that even better things are in store for the Polsky brothers. Some debut directors make their mark by giving the audience something totally new and impossible to ignore; for their first film, the Polskys stayed in their comfort zone and achieved a more modest goal. Watching The Motel Life, I felt that I was in the hands of someone capable of making a great film. This isn’t quite it, but I’d love to see them up the ante the next time around.