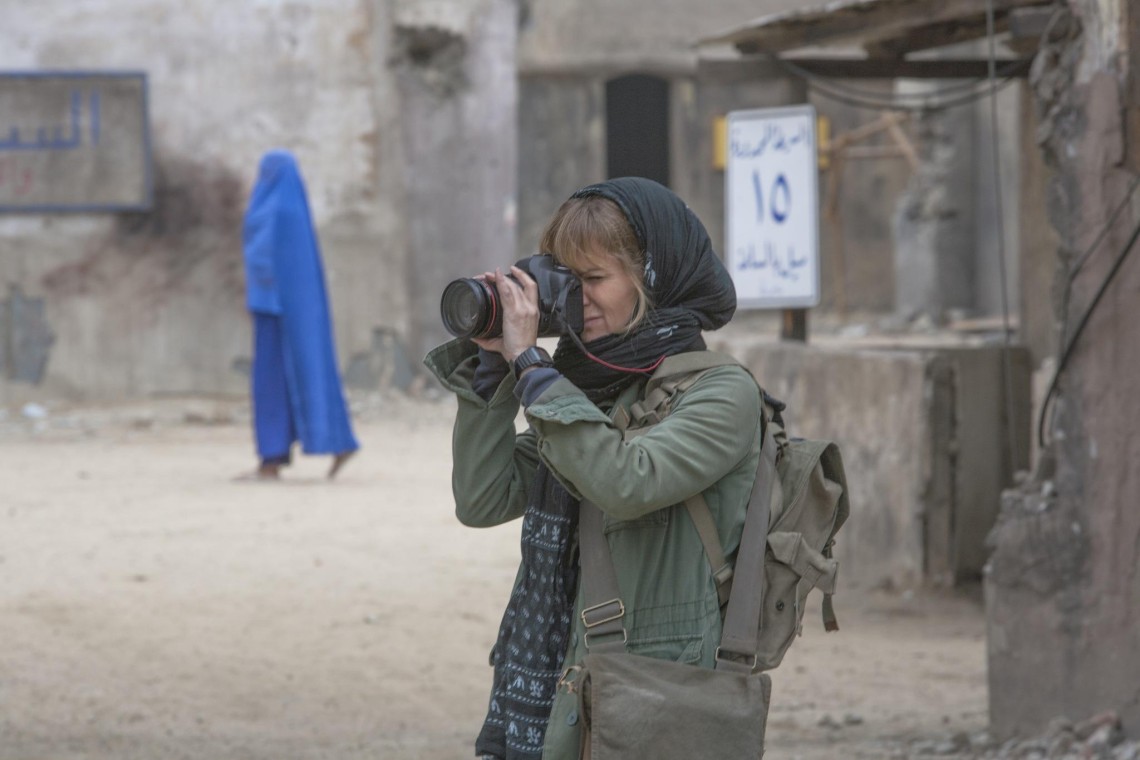 “The Moment” Can’t Get Its Story Straight

Note. The Moment opens this weekend at the Sundance Sunset in West Hollywood. There will be Q&As with writer/director Jane Weinstock, producer Julia Eisenman, and producer Gloria Norris after the 7:30 p.m. shows on 6/20 and 6/21.

The Moment is one of those movies that has a few good films trapped inside a bad one. Despite its quick 90-minute runtime and a title that suggests concision, director Jane Weinstock’s drama covers far too much narrative and thematic ground to cohere into a sensible whole. What starts as a story of an American war photographer recovering from a bombing turns into a twisted romantic drama, following love triangle upon love triangle down a strange psychological rabbit hole. By the end, it’s apparent that Weinstock meant for these red herrings to circle back around to “the moment” of trauma that haunts the film’s protagonist, but The Moment spends so little time dealing with the suffering that shaped her that it remains utterly unconvincing as a character study.

The opening credits show us the work of photographer protagonist Lee Johnson (Jennifer Jason Leigh), including stunning portraits of street life and individuals in war-torn countries. The photos blur in and out of focus, which introduces us to Weinstock’s go-to visual metaphor for hazy memory. We soon learn that Lee suffered injuries in a bombing in Somalia that have left her mentally unstable. The idea is interesting: a photographer—someone who captures reality for posterity— cannot properly see her past. An early sequence finds Lee walking into her own reception at a gallery stark naked and lost; here, it seems like the film might explore the intersection of trauma and creative work in an interesting way.

But soon, The Moment finds itself circling around Lee’s enigmatic love interest, John (Martin Henderson), whom she meets in the hospital after her injury. We get far more information about John and his troubled past than we do about Lee’s, which is frustrating considering the stories Lee’s life presumably holds. Leigh brings an appropriate shell-shocked weariness to the role, but the haunted, closed-off protagonist is always a hard sell, and the film does little to open her up as it goes along. Instead, the plot veers toward a tangled Freudian melodrama when Lee later meets a man in rehab who looks exactly like John, and her daughter Jessie (Alia Shawkat) is drawn into the mix. 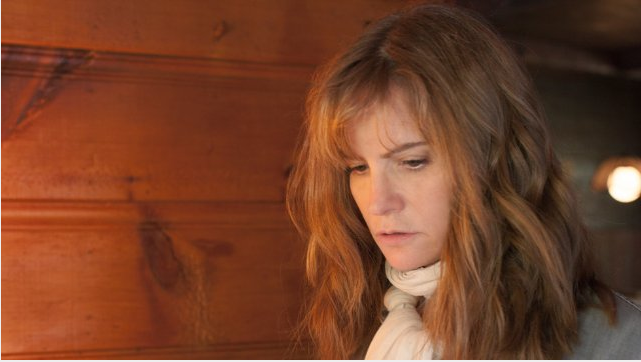 The structure of The Moment is the most interesting thing to recommend it. The script is adept at delivering its exposition in appropriate doses balanced between the past and the present. The cinematography clues us into where we are in the timeline: shaky handheld shooting, quicker cuts, and out-of-focus POV shots tell us we are in Lee’s mentally unstable present, while her past with John is more visually steady, the colors brighter. The story starts to spin in on itself as we keep returning to Lee on the psychiatrist’s couch, revisiting key moments from her story with John. The conceit of the rehab center as the place where the narrative threads get untangled works, because that’s the work all psych patients have to undergo.

Soon, though, Weinstock runs up against the limits of film as a showcase for false memory and the unreliable narrator. She wants to show us that Lee can’t trust what she sees, so she shows us a gun on a desk through Lee’s POV, cuts to Lee’s dead-eyed face, then cuts back to the desk with no gun on it. There is a certain lack of nuance in this: we get it, Lee sees things that aren’t there. When we repeatedly go back into Lee’s memory of a fateful night with John, several shots are repeated beat-for-beat, most notably the opening of a refrigerator: were the morphine vials next to the butter or not? Did she get them out or not? Rather than showing us confused flashes of the incident, Weinstock revisits the entire scene remembered a different way each time, Rashomon-style. It creates narrative tension at the expense of psychological honesty, and serves more as a bait-and-switch than a genuine insight into Lee’s memories. The best shots show Lee looking into her photographs, on screens or in frames, and seeing only her reflection. These demonstrate that there is a way to show an unbalanced psychological state without resorting to visual trickery— a way that Weinstock mostly eschews.

The most baffling thing about The Moment is the dissonance between the stories it might have been and the movie it ends up being. The title alludes to a pivotal memory that keeps replaying in the mind— whether it’s something one tries to forget or fights to recall — which is both universal and compelling. Then there is the specificity of a white American female who makes a living by photographing suffering in the global south: provocative, under-explored territory. Even the psychosexual tension between the mother and daughter would deserve a film of its own, if done right. But why set up the protagonist with a war-battered past and not engage with that story in any substantial way? Why spend so much time on John’s backstory with his memory scenes if the story is Lee’s? The film deals with false memory as if it were something to be revisited over and over until the real memory is unlocked, a fully realized, detailed scene that will finally make everything fall into place. It doesn’t ring true to the actual experience of false memory, the second-guessing and rationalizing, the unfinished quality of the past that’s very much unlike a thriller with a twist reveal.

The performances are solid, there are some beautiful shots, and nothing here is outright bad filmmaking. While structurally interesting, The Moment distracts itself from getting at the frayed experience of dark memories. After you sit with it for a while, you realize that it just doesn’t get crazy right.