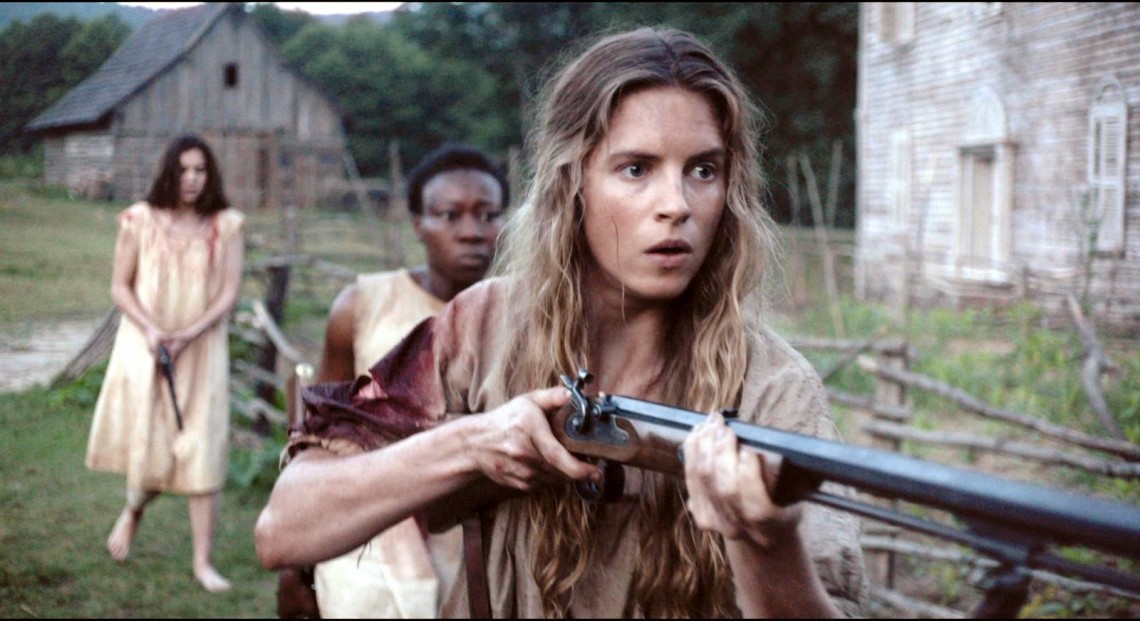 “The Keeping Room” Is Exceedingly Difficult To Watch

A title card tells us it’s 1865, followed by a quote from William Tecumseh Sherman – so we all know what’s coming. Director Daniel Barber’s grim, handsomely mounted The Keeping Room wallows in that mournful inevitability, substituting dread for suspense. It’s an exceedingly difficult movie to sit through, and offers little reward for doing so.

Three ladies have been left alone on a South Carolina farmhouse while the menfolk are off losing the War of Northern Aggression. There’s Augusta, played with typical opaque reserve by Brit Marling, her kid sister Louise (an uncharacteristically petulant Hailee Steinfeld) and former slave Mad (Muna Otaru), still sticking around for reasons that will only later be revealed.

We see them trying to till the fields, a snarling Steinfeld resentful of the demeaning physical labor, not to mention the indignity of working alongside a former servant. Big sis Marling sets the tone for the sledgehammer subtlety of Julia Hart’s screenplay, turning to the camera and announcing: “Like I told you, Louise, we’re all niggers now.”

Meanwhile, two drunken, sadistic Yankees (played by Sam Worthington and Kyle Soller) have been raping and murdering their way across the countryside, just a few days ahead of Sherman’s march. Most of The Keeping Room is an unpleasant, slow-burn stalling tactic, freighted with art-film affectations and ponderous silences.  You spend the movie nervously waiting for them to turn up and try to rape these women, until at long, long (very long) last it eventually explodes into Little Straw Dogs On The Prairie.

Barber has a gift for gloomy atmospherics, but no knack for how to modulate a tone. The film begins on a shocking note of ugly barbarism and then proceeds to pound away at it for the rest of the running time. There’s precious little warmth or humanity to be found here, with Marling once again one of modern movies’ most beautiful ciphers, and Steinfeld forcibly choking back all the pluck that made her a star. Otaru is stranded playing more of a symbolic device than an actual character, eventually explaining the title in a stilted, out-of-nowhere monologue that’s far more suited for a stage play.

Short on incident but terribly long on portentous brooding, The Keeping Room feels like 1970’s grindhouse rape-splotiaton fare tarted up with modern prestige picture delusions of grandeur. The film’s concluding moments are a cruel tease — finally breaking free from all the grinding, helpless nihilism and offering a dynamite final shot that feels like the beginning of a great movie. Unfortunately it’s the ending of this one.

2 thoughts on ““The Keeping Room” Is Exceedingly Difficult To Watch”