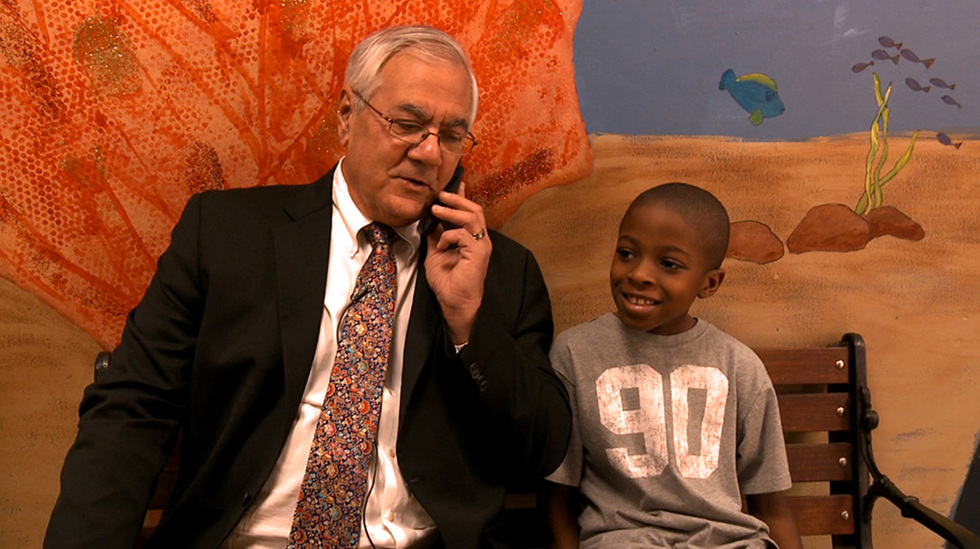 “Compared to What: The Improbable Journey of Barney Frank”

No great shakes as a documentary but a hugely entertaining repository of zingers, Compared To What? The Improbable Journey of Barney Frank follows the indefatigable representative from Massachusetts’ Fourth district during the waning days of his 40-year political career. Part hagiography, part hangout-movie, how you’ll feel about the picture will presumably depend on how you feel about Barney Frank. I like him a lot.

“Improbable” is indeed the best word to describe the rise of this gruff, marble-mouthed fast-talker who famously considers patience overrated as a virtue. The film kicks off with a montage of Barney’s greatest quips, including the legendary: “Having a conversation with you would be like trying to argue with a dining room table. I have no interest in it.” Forever rumpled, Frank will put on a suit and five minutes later, it looks like he slept in it. His perpetual dishevelment stood out like a fashion statement amongst polished D.C. power players, and early in his career, he ran on the campaign slogan “Neatness Isn’t Everything.” Time and again, the camera finds him strolling through the corridors of power clutching a crumpled-up newspaper, reading while he walks.

Barney Frank is also openly gay, and came out back in 1987 when such a thing was unheard of for a politician. (We hear more than once the story of House Speaker Tip O’Neill worrying that his friend would be finished in Congress because “he’s coming out of the room.”) Despite the slings of “Barney Fag” from prominent Republicans (and more than a few folks I remember growing up in Massachusetts during that rather unenlightened era) Frank’s outspokenness regarding his sexuality quickly became accepted as just another part of his blunt, take-it-or-leave-it persona, and added to the underdog appeal of the man biographer Stuart Weisberg called “America’s only left-handed, gay, Jewish Congressman.”

A New Deal Democrat with a framed picture of FDR hanging prominently in his apartment, Barney was called “the face of the failure of liberalism” by Fox News, and the film does a half-decent job trying to counter the Right’s ridiculous claims that Frank’s chairmanship of the House Financial Services Committee caused the economic meltdown. (I’ve always been impressed by the way these people could so quickly pivot to pin Wall Street crimes on Democrats and poor people.)

But Compared To What? is much stronger on personality than policy, the bulk of it being quite disarming footage simply tagging along with Barney as he gets ready for retirement and prepares for his wedding to longtime partner Jim Ready. It’s touching to watch the pugilistic legislator transition from reaching across the aisle to walking down it, noting with more than a bit of sadness that the kind of bipartisan wheeling-and-dealing in which Frank specialized is no longer viable in our dysfunctionally gridlocked political climate.

Directors Sheila Canavan and Michael Chandler lean a bit too heavily on chintzy-sounding music cues, and the timeline leaps are occasionally confusing. I wish the film had been a little tougher and less genial – Lord knows he can handle it. But there are worse ways to spend 90 minutes than in the company of Barney Frank.