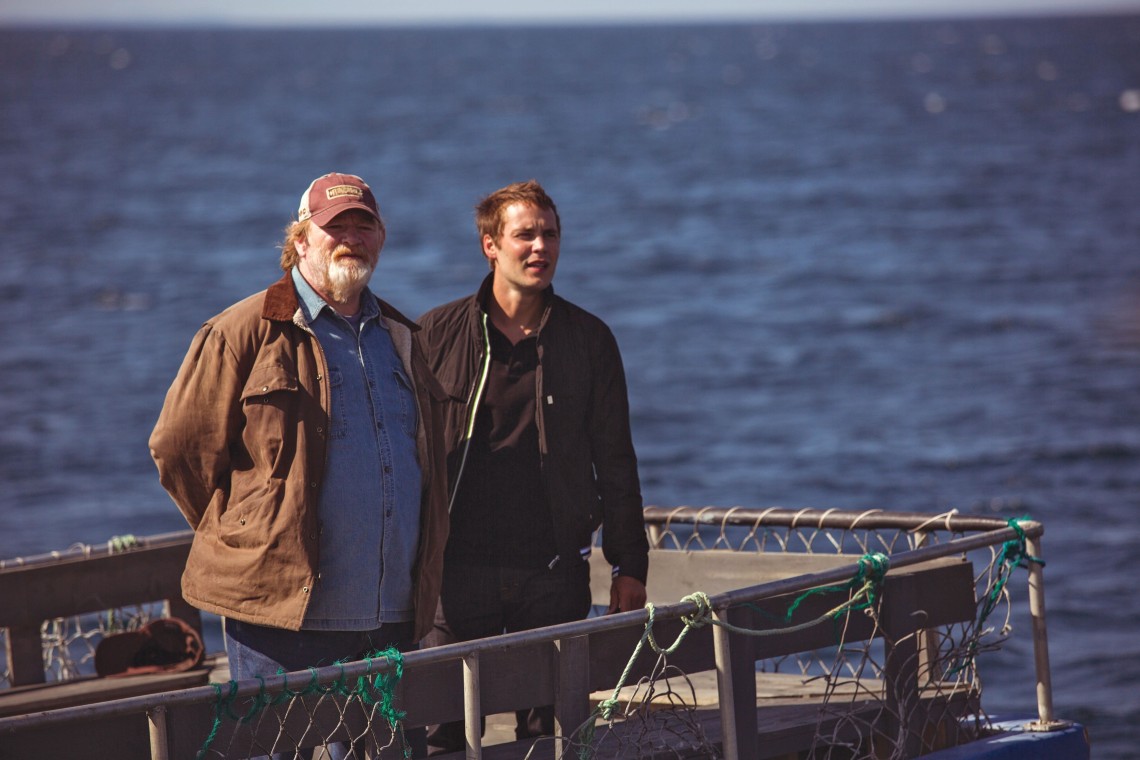 “The Grand Seduction” Takes Pride In The Lie

Brendan Gleeson is nothing if not multifaceted. He can swing an axe with manly ennui (Braveheart); he can play the grizzled, unhinged war vet-turned-teacher you always wish you’d had in high school (the Harry Potter franchise); and he can explode truck-sized alligators with such flair as to put the Oregon Highway Division to shame (Lake Placid). That’s a flexible résumé, and it only scratches the surface of his talents, each of which he brings fully to bear in the ornately titled The Grand Seduction.

And thank goodness for that. Gleeson carries The Grand Seduction on his shoulders for 2 hours, giving director Don McKellar’s retread of the 2003 comedy Seducing Doctor Lewis a spark of life and traits of individuality. That’s the trouble of taking the line-for-line approach when remaking a movie – generally, but with exceptions, you end up with an inferior identical twin to the source material. But most remakes don’t have a Gleeson-sized ace up their sleeves.

The Grand Seduction‘s narrative unfolds in Tickle Head, a once-thriving Newfoundland fishing hamlet brought low by the ravages of economic repression. Men no longer roust themselves from bed in the darkness of the morning to plumb the waters for cod; they instead saunter to the post office to collect welfare checks, their pride in tatters. But reluctant new mayor Murray French (Gleeson) has a plan to mend their dignity: lie like crazy to win an oil company contract, and put Tickle Head back to work. This in turn means lying to big-city doctor Paul Lewis (Taylor Kitsch) to convince him to come aboard as their town practitioner, a stipulation of earning the contract. So Murray and Tickle Head’s citizenry conspire to make their home reflect all of Paul’s many and sundry interests. Paul likes cricket, so they all pretend to like cricket instead of hockey. Paul likes curry, so the local restaurant starts serving lamb dhansak. Simple enough.

The obvious touchstones here are films like Waking Ned Devine and The Englishman Who Went Up a Hill But Came Down a Mountain, but The Grand Seduction lacks the verve and Podunk charms of both. In part, that’s a symptom of the film’s background. McKellar sticks far too closely to Jean-François Pouliot’s original blueprint for his own good, and the effect is undermining; The Grand Seduction is so much like its progenitor that there’s almost nothing interesting about it to set it apart and make it worth watching on its own merit. If you haven’t seen Seducing Doctor Lewis – and there’s a good chance you haven’t – then this isn’t quite so problematic. At the very least, McKellar deserves acknowledgement for being shrewd enough to poach from an underseen film instead of something more visible. 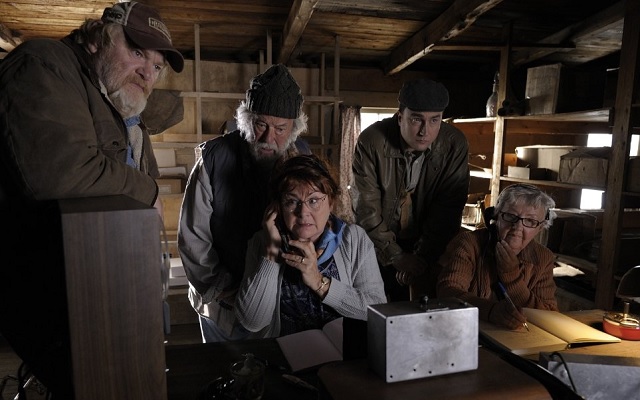 He shoots The Grand Seduction up-close and hemmed-in, giving the film an appropriately limited sense of scale. This is a tiny, intimate film about quirky eccentrics with bad taste in home decoration and no compunctions about conniving for personal gain. Given that Tickle Head is a shambles, and that hoodwinking big oil is a victimless crime, no one can blame these people for fibbing, but the film’s central message about the value of honest work clashes with its dishonest conceit.

Enter Gleeson, who gives a performance that’s so engaging, it sustains the plot’s idiosyncrasies, shortcomings, and pockmarks. Murray’s a rapscallion, but he has a good heart; when he talks about doing whatever it takes to restore Tickle Head to its former glory, Gleeson infuses sentiment with an earnestness and decency that rises above The Grand Seduction‘s conflating morality and weird politics. (If conservative ideals offend your sensibilities, you may find the film somewhat repulsive.) Who cares about the rank hypocrisy that makes up the film’s core? Gleeson has so much fun scheming, and offers such a jovial screen presence, that the social and moral disconnect here is easy to ignore.

Everyone else avails themselves well (Kitsch in particular proves a formidable if green comic actor), but you’re kidding yourself if you deny that this is Gleeson’s show. In the end, he’s acting to something serviceable and formulaic, but that needn’t be so bad. There’s a reason we have formulas to being with: it’s because they work. McKellar chose his formula wisely, as he did his leading man. Maybe next time, he’ll come up with something a little more inspired and a little less reliant on the strengths of one thespian.

One thought on ““The Grand Seduction” Takes Pride In The Lie”