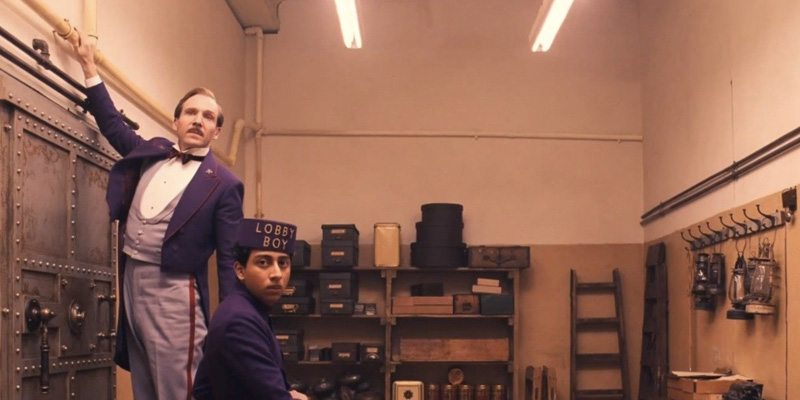 Wes Anderson is one of the more divisive directors working today, with a unique style that you tend to either love or loathe. This writer loves it unabashedly, and as such I was thrilled as I watched the trailer for his latest film, The Grand Budapest Hotel. All of the requisite stylistic touches are here: meticulously constructed sets, whimsical colour and tone, Bill Murray. Take a look:

The Grand Budapest Hotel is the first film Anderson has written by himself, so it will be exciting to see how he works alone. Taking place in 1920s Europe, it tells the story of a legendary concierge (which is something that could only exist in an Anderson film; played by Ralph Fiennes) who befriends a lobby boy at the hotel (Tony Revolori) and becomes his mentor.

Hot on the heels of Matt Zoller Seitz’s acclaimed career-encompassing book, The Wes Anderson Collection, this trailer further indulges in and celebrates its Anderson-ness. His expert control of mise-en-scène and particular flair for the offbeat have become like a brand, with this trailer’s first shot immediately recognizable as totally and unmistakably Anderson with the colour contrasts and vintage look.

The trailer features plenty of hilarious lines and wonderful moments, like the string of punch-outs and Fiennes fleeing after saying, “She’s been murdered, and you think I did it”. I may just be a sucker for Wes Anderson, and this trailer is thoroughly and flagrantly Andersonian, but this looks positively magnificent. I think the more Anderson self-indulges, the more free he feels as a filmmaker, and this looks to be his most assured step yet in that direction.

The Grand Budapest Hotel is in theaters March 7, 2014.