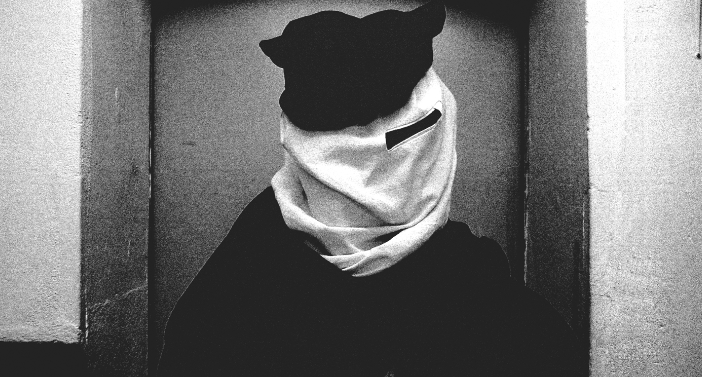 Despite mixed reception from the critical community, Lynch’s Eraserhead received its own cult success at the time of its release and still retains that cult-classic status to this day. Even when many people had no idea what to make of such a bizarre feature, the film had its fans. One of those fans was an executive producer for Mel Brooks named Stuart Cornfeld, who saw the film and said of the experience, “I was just 100 per cent blown away […] I thought it was the greatest thing I’d ever seen. It was such a cleansing experience.”

Being such a fan of the film, Cornfeld offered to produce Lynch’s next film, whatever it may be. Lynch already had a script ready for a project entitled Ronnie Rocket, which sounded like an appropriate successor to Eraserhead as it was described as being about “electricity and a three-foot guy with red hair”, but no other financiers were willing to fund another one of Lynch’s unconventional works. Needing something more agreeable to work with, Lynch asked Cornfeld to give him a slew of potential scripts that could be made. It didn’t take long for Lynch to pick a script however, because upon hearing just the title of the first script he received, The Elephant Man, Lynch accepted it right away, going by just his gut-instinct that the script’s title gave him, and nothing else.

That was how Mel Brooks himself came to see and love Eraserhead as well, and produce his second feature film/first studio film The Elephant Man, the biographical tale of the hideously disfigured Joseph Merrick (portrayed here by John Hurt) and his struggles with fitting in with society. It also ended up being Lynch’s first mainstream success, not only from critics and box-office receipts, but also in its hefty count of eight Academy Award nominations, including Best Picture, Actor, Adapted Screenplay, and even Director. You can even say that the film practically invented the Best Make-Up and Hair Styling Academy Award after Christopher Tucker’s work on the film went unrecognized, causing so many complaints that the Academy added in the category the next year. The Elephant Man catapulted Lynch into widespread cultural consciousness, and because of that, might be one of the most important of his filmography.

It is also the hardest to write about for a retrospective like this. The original script was written by Chris de Vore and Eric Bergren, with additional alterations made by Lynch when he decided to direct the feature. It’s because of this that The Elephant Man is the most conventional film in Lynch’s entire career (yes, this includes his G-rated Disney film The Straight Story), mostly because while this is a project that Lynch made his own, it’s not a Lynch “baby” if you get what I mean.

Because of this, looking for connective themes in this film that align with Lynch’s later work can be something of a stretch. That isn’t to say there’s nothing worthy of discussion in this feature, but this isn’t what many would call a “true Lynch film”, no matter the quality.

With that being said, it’s time to take a look at Lynch’s first foray into studio filmmaking and conventional storytelling with The Elephant Man.

Judging only from the first five minutes, it becomes very clear that this is a David Lynch film. With its black-and-white cinematography and a surreal flashback that makes strange use of dissolves, slow-motion, and eerie sound design, the film continues onto its Victorian England setting, which Lynch effortlessly immerses the audience into right away as one of the film’s two protagonists, Dr. Frederick Treves (Anthony Hopkins), walks through a surreal carnival filled with freakish sideshows.

One of those sideshows just so happens to be the deformed John Merrick (name changed from Joseph for reasons only clear to Lynch, who changed it from the original script/true story). Nicknamed “the Elephant Man” because his deformities came from a violent encounter with an elephant in a foreign country, he’s displayed at the carnival only to be gawked at from afar, leading to a miserable life. Treves takes him into his hospital, at first only to research his disfigurement as a means of studying the human anatomy. It isn’t until he learns that Merrick can actually talk that he decides that there’s more to the so-called Elephant Man than just his appearance.

I’ve mentioned in the previous piece that the idea of Lynch making random crap just for the sake of it is nothing more than a popular misconception, but another misconception that I hadn’t mentioned earlier was the idea that surrealism is all Lynch knows how to do. Lynch can actually do conventional storytelling rather well, as evidenced not only in numerous episodes of his most famous work, TV’s Twin Peaks, but also with Blue Velvet, Wild At Heart, and the somewhat aptly titled The Straight Story. Hell, Mulholland Dr. starts out as a typical Hollywood neo-noir before spiraling down the rabbit hole in its final act.

That being said, all of those works I listed above were still reinforced with carefully placed instances of surrealist “Lynchisms”, which is usually what makes his more conventional stories work so well. Even his most basic stories can be elevated with his effectively eerie and bizarre uses of surrealism carefully placed here or there. The Elephant Man hardly has any of that. By comparison, it is a straight-ahead inspirational drama that Lynch just happened to have directed.

This might be the reason why The Elephant Man hasn’t aged particularly well. The film is traditional to a fault, to the point that Lynch shows a weakness in this film that isn’t present in just about any of his others: Sentimentality. The Elephant Man lays both its inspirational elements and its scenes of human cruelty much too thickly for a story such as this one. The “villains” are cartoonishly evil, Merrick’s kindness and misunderstood nature are overblown, and the film’s morals are as black-and-white as the cinematography. There are some scenes in here that are so schmaltzy that even an unabashedly sentimental guy like me couldn’t help but scoff a little at them. The most notable one is when Merrick has dinner in Dr. Treves’s house, where Mrs. Treves introduces herself to Merrick, causing him to cry uncontrollably and say in a mess of tears “It’s just that…I’m not used to being treated so well by a beautiful woman.”

This schmaltziness especially doesn’t feel like a good fit considering this is the one film in Lynch’s filmography that’s most grounded in reality, with its stark black-and-white camerawork and gritty, period-detail production design. The dour realism of its aesthetic is in constant conflict with its heavy-handed treacle. It becomes clearer and clearer as the minutes go by that this isn’t a true Lynch-baby film, and that it might be for the worst.

But even with its flaws, The Elephant Man isn’t without its own points of merit. John Hurt may be laying Merrick’s soft-spoken kindness a little too thick, but sincerity goes a long way, and there’s enough of it in Hurt’s performance that he completely disappears under the heavy make-up effects and makes the character his own. Meanwhile, Hurt’s comradery with Hopkins is the most genuine part of the film, sharing a believable chemistry that always rings true, especially given that Hopkins’s genial, well-mannered performance offsets Hurt’s over-the-top character very well.

You can also tell very clearly where Lynch decided to make changes in the script. There are three or four hallucinatory dream sequences in the film, and all of them convey Merrick’s state of mind and character better than any of the character interactions or dialogue ever accomplish. The opening flashback gives insight into Merrick’s guilt that no other scene in the film really provides, a nightmare sequence halfway through the film that better conveys his fear of social cruelty than any of the interactions with the film’s two-dimensional villains ever do, etc.

But the one Lynchian moment that made the most impact was the one in which Merrick goes to the theater for the very first time, showcasing a fantastical spree of visual beauty that mirrors the centerpiece dance scene in The Red Shoes in just about every aspect except color. It’s a beautiful moment not only because it effectively portrays Merrick at his most joyful through a distinctly visual and cinematic means, but also because it was one of the few elements that fit in thematically with a lot of Lynch’s previous films: His motif for curtains, his obsession with performance, and the power that art has over the human spirit.

Think about the characters of Mulholland Dr. and Inland Empire being engulfed in the world of movies and Hollywood. Or the Lady in the Radiator in Eraserhead, dancing on her empty stage in a bliss that’s disconnected from the nuclear wasteland that is its main character’s reality. Or how ‘Blue Velvet’ opens with a shot of its blue velvet curtains, like the film is treated as a performance.

Now, back to The Elephant Man, which has Merrick staring off into the realm of fantasy and imagination, exactly on the same night that he decides that it’s time to die, where he can stay in that realm forever. Like Henry embracing the Lady in the Radiator in the white void. And as he’s lying down on the deathbed of his own making, the camera lingers on the model of the cathedral that he made, another piece of art. And then the final lines: “Never. Oh, never. Nothing will die.”

Perhaps that line makes The Elephant Man something of an explanation for many of Lynch’s films. A lot of his characters go through hell and back, yet they are immortalized in death through their own dreams, and through Lynch’s filmmaking. Henry embracing the Lady in the Radiator. Betty/Diane being with Rita/Camilla in her fantasies after her own death. Or Laura Palmer now staying in the White Lodge after her horrifying murder in Twin Peaks. All of these characters now live forever in these places. They will never die so long as Lynch’s films seem to live on.

Regardless of the flaws and strengths, The Elephant Man resonated with audiences a lot at the time of its release, and it did bring Lynch his first mainstream success. But at what cost? Find out as we chronicle another episode of Lynch’s involvement with studio filmmaking with a look at the notorious sci-fi epic: Dune.