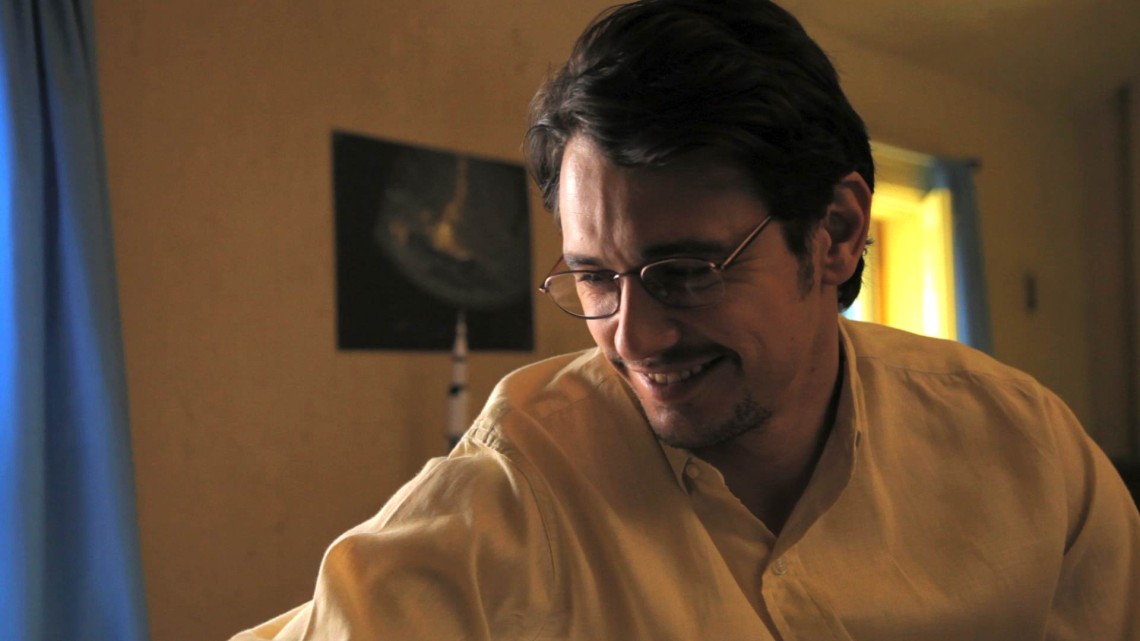 “The Color of Time”

You couldn’t possibly find a more “James Franco” project, produced by and starring James Franco, than The Color of Time, even if you tried. This is certainly not articulated as an insult or mockery, but rather, noted with a bizarre, distant, mild admiration. For starters, he apparently shouldered this experiment while still shooting Oz: The Great and Powerful (his Oz co-stars Zach Braff and Mila Kunis joined him, too), true to his infinitely multitasking artistic identity as a jack-of-all-trades. Secondly, the ultimately benign The Color of Time is collaboratively directed by 12 filmmakers, who have been students of Franco’s at NYU. But, let’s be honest, a half-hearted project like this one, however well intended it may be, is only bound to earn a half-hearted pat on the back, despite its high-minded mood and stellar cast, which also includes Jessica Chastain.

Franco stars as the Pulitzer Prize-winning poet C. K. Williams, in a fictional story that imagines Williams seeing his life pass before his eyes like a film reel, as he struggles to prepare for a speech. The gloomy flashbacks introduce us to three additional actors of different ages who also play Williams in his childhood and teen years. As the voiceover (mostly consisting of Williams’ poetry) accompanies the hazy images of Williams’ memory lane of time, people, places, and certain mistakes, special attention must be paid to Chastain. She plays Williams’ mother and, as the filmmakers have referenced Tree of Life amongst their influences for this project, is made to recycle some of her fragile Tree of Life persona while playing with her child outdoors, twirling with melancholy eyes, and becoming one with nature. Thanks to Chastain’s consistent brilliance, she is nothing less than awe-inspiring in the brief time allotted to her, but the resemblance is so startlingly and immediately present that one naturally wonders whether the filmmakers have taken their inspiration a tad too far.

But the real issue with The Color of Time isn’t its tonal similarity to Malick’s films, and nests in its under-baked and ultimately uninteresting story told via a constantly shifting look and artistic point of view. This is evidently a product of a variety of different voices, voices that don’t blend (despite the film’s inexplicable insistence on pushing for unity) and instead, turn into a rough cacophony of sounds and visual palettes. The film, to its credit, doesn’t aim impossibly high in its ambitions, but perhaps aiming too low while wasting a decent effort and the parade of talent in its disposal is a far greater crime.