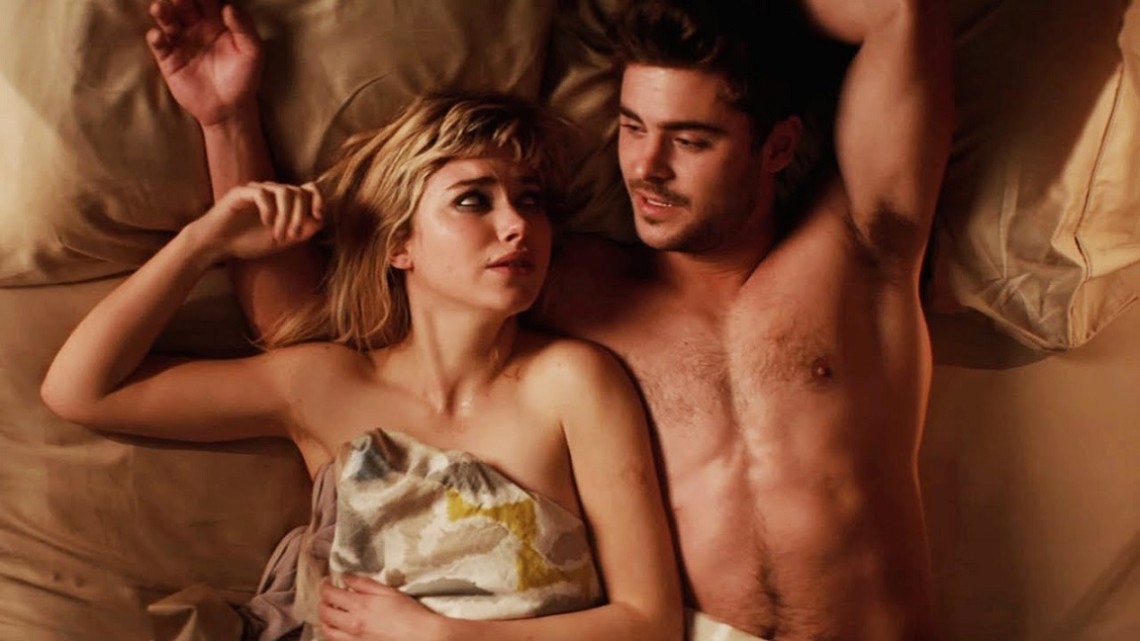 If you’ve watched the red-band trailer for freshman director Tom Gormican’s That Awkward Moment, then you’ve already seen most of its titular embarrassments unfold on screen. That’s sort of a shame; That Awkward Moment is many things, but it’s never all that shocking.  You would think that a film predicated on a cavalcade of genital jokes might have more chutzpah, but That Awkward Moment conveniently chickens out at every opportunity for seriously memorable raunchiness or resonant emotional beats. It’s a failed ninety minute exercise in accidental male entitlement that’s far too content to let its core audience off the hook instead of condemning them or challenging them.

The hell of That Awkward Moment lies in waste. This could have been a winner; tweaking the well-tread rom-com blueprint with gross-out tropes and rotating the narrative toward a male perspective sounds like good fun on paper, especially when the cast includes Zac Efron, Miles Teller, and Michael B. Jordan in principal roles. Who doesn’t want to live in a universe where Efron and Teller problem-solve peeing with an erection by lying stomach-down on the john, or where Jordan alternates between masturbating and sucking down spoonfuls of Ben & Jerry’s? Their participation almost reads like a defiant middle finger struck toward maturity itself.

Willing as the trio might be to climb the mountain of bawdy comedy, Gormican isn’t exactly the sherpa they were looking for. The film allegedly revolves around the exploits of Jason (Efron), Daniel (Teller), and Mikey (Jordan), as they muddle through their respective relationships while living it up in New York City; Jason and Daniel prefer the liberating sensation of being untethered, remaining unattached as they take in conquest after conquest and them to their “roster” of potential booty calls. Mikey, on the other hand, married young, a concept that’s almost anathema to his two chums.

But an odd man out won’t do for script purposes, so That Awkward Moment kicks things off by ambushing Mikey with divorce. How best to comfort their heartbroken friend? By taking a pact and sticking to the single life, which is maybe the hollowest possible gesture coming from guys who loudly profess their disdain for serious romantic entanglements with little to no prompting required. Of course, that’s Gormican’s real twist: Jason and Daniel are both embarking on meaningful relationships, the former with random hook-up Ellie (Imogen Poots), the latter with his go-to wing man (wing woman?), Chelsea (Mackenzie Davis). The plot thickens. (Aside: That Awkward Moment might have been better served by installing Mikey, not Jason, as its protagonist.) 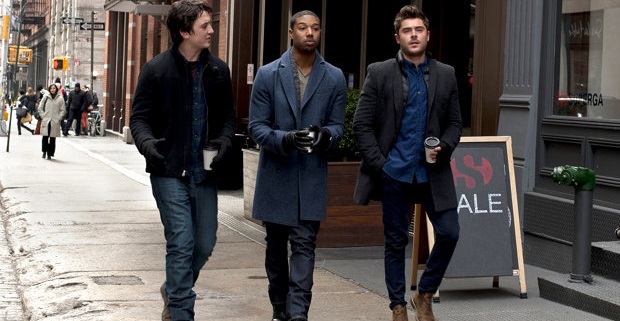 It doesn’t add up to much, though. Gormican doesn’t have anything interesting to say on relationship dynamics that hasn’t already been said a million other times in a million other romantic comedies. Relationships are all about being there for the other person? You don’t say. Every major realization That Awkward Moment arrives at is frustratingly mundane and borrowed straight out of the annals of rom-com cinema; it’s a movie that’s informed by other movies rather than human experience. Gormican isn’t speaking from the heart, he’s speaking from the playbooks of better films.

Compounding the matter, the film fails to deliver punchlines too. (Supporting anecdote: the bits that got the most laughs at my screening were the same ones that made it into the teaser. Take that as you will.) If it can’t satisfy as a schmaltzy, melodramatic yarn about the modern man’s approach to finding “the one”, it could at least be funny. In fairness, there are more than a few moments worth chuckling over, mostly thanks to novelty factors, but they come and go, leaving no lasting impression, and they’re not clever enough or timed correctly, so your laugh meter probably won’t rise very far over anything more than a dull roar.

Besides, who really deserves credit for the gags that work – Gormican or his cast? Puzzling out why Teller, Jordan, and Efron bothered to involve themselves in this mess is impossible; perhaps it’s better to be grateful that they did. They, along with the luminous Poots, represent the peak of what That Awkward Moment has to offer, demonstrating just how far charisma, charm, and chemistry can take an otherwise hamstrung film. That’s not to say that they save it, of course; from script to screen, That Awkward Moment is just too far gone for star power to resuscitate it. But together they make for a nice distraction from the banality of Gormican’s countless observations about love and life and the pulseless dialogue he saddles each of these characters with.

We’re left with a movie that has no spark and doesn’t have the kind of crass wit necessary to make its viewers blush. At best, That Awkward Moment might draw a crowd on Valentine’s Day; it’s inoffensive enough that girls won’t mind the bad taste humor, and it’s masculine enough that guys won’t be embarrassed to tell their bros that they actually bought a ticket to see a date movie. But that’s just an echo of the film’s failure to make good on its central promise. We don’t actually learn anything about guys, their feelings on commitment, and why they’re so damn afraid that laying down roots with one woman means discarding all male camaraderie for the rest of their natural lives. The question is implied, never openly asked, and left unanswered by the time the film ends and Gormican relieves us of the burden of figuring it out for ourselves.