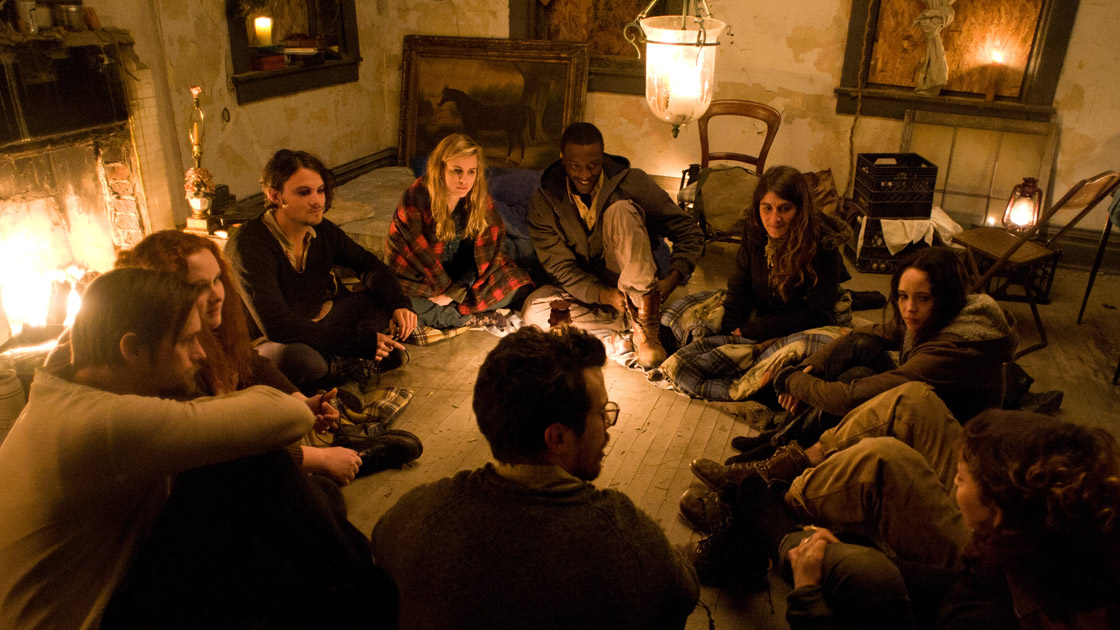 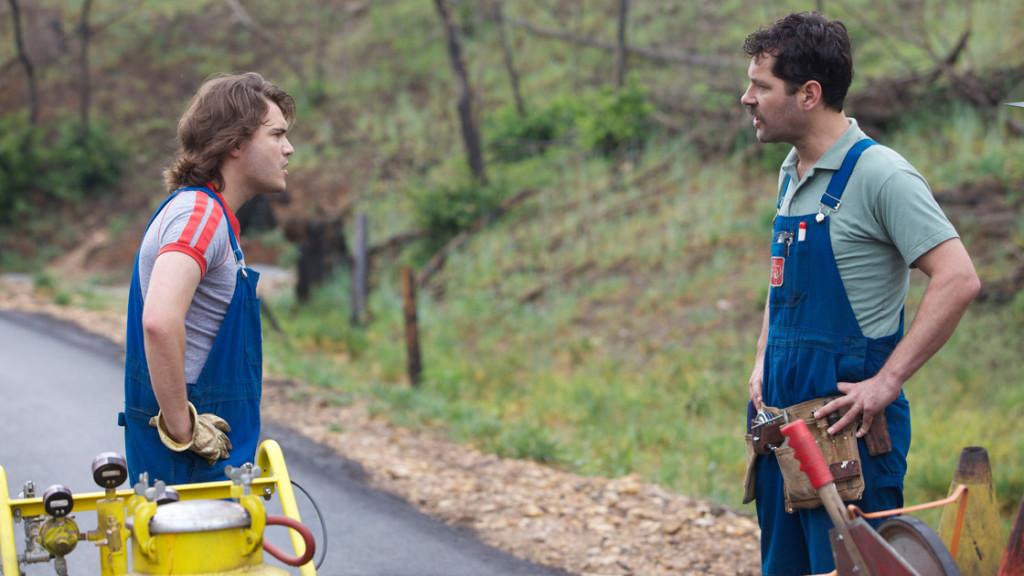 (Grade: C) — David Gordon Green’s return to independent cinema, after a string of achingly awful films (Pineapple Express, Your Highness,and The Sitter), may very well be the definition of mediocrity.

Languishing in its droopy plot, Alvin (Paul Rudd) and his girlfriend’s brother Lance (Emile Hirsch) leave the city (somewhere in central Texas) for a soothing summer painting bright yellow traffic lines down the center of a seemingly never-ending road. Alvin is away from his wife and home doing some reevaluation of his marriage. Lance, on the other hand, is bored stiff. He misses girls and getting “fully lamb-chopped” (a term Hirsch uses that I can only interpret as oral sex).

Aside from conversations Alvin and Lance engage in, most of which pertain to women and loneliness, not much transpires during Prince Avalanche’s overlong 94-minute runtime. There’s a unique silence to the movie, especially when the two insecure men but heads.

If Green was attempting to make the polar opposite of the loud and obnoxious Your Highness, he succeeded. Prince Avalanche is about as low-key and subtle as contemporary filmmaking has to offer. Unfortunately, Green’s latest effort is also one of the more grating and sluggish films in recent memory.

(Grade: B-) —  Serving as an engaging antithesis to last year’s Sound of My Voice (a cryptic piece of filmmaking that left a myriad of questions unanswered), Zal Batmanglij’s second feature The East leaves little to the imagination.

Immediately upon getting hired by ,a private intelligence firm, the young, highly-skilled, and determined Sarah Moss (Brit Marling) is hired to infiltrate an environmentally motivated anarchist group called “The East.” This reckless organization, led by Izzy (a cold and calculating Ellen Page) and Benji (a reserved and persuasive Alexander Skarsgard) serve as some sort of twisted public crusaders (hidden ones at that). They’re goal is to take down the CEOs of big companies producing harmful products consumed by the general public.

Once again, Batmanglij and Marling prove to be quite the talented writing duo. After penning Batmanglij’s directorial debut, the two tackle pressing environmental issues (i.e. lucrative companies creating unsafe products for the sake of profit) without devolving into didacticism.

However, that sort of straightforward approach present all throughout The East, while coherent, consistently hinders the film from excelling into anything more than a well-crafted and cogent thriller (which, admittedly, we’re in short supply of these days). 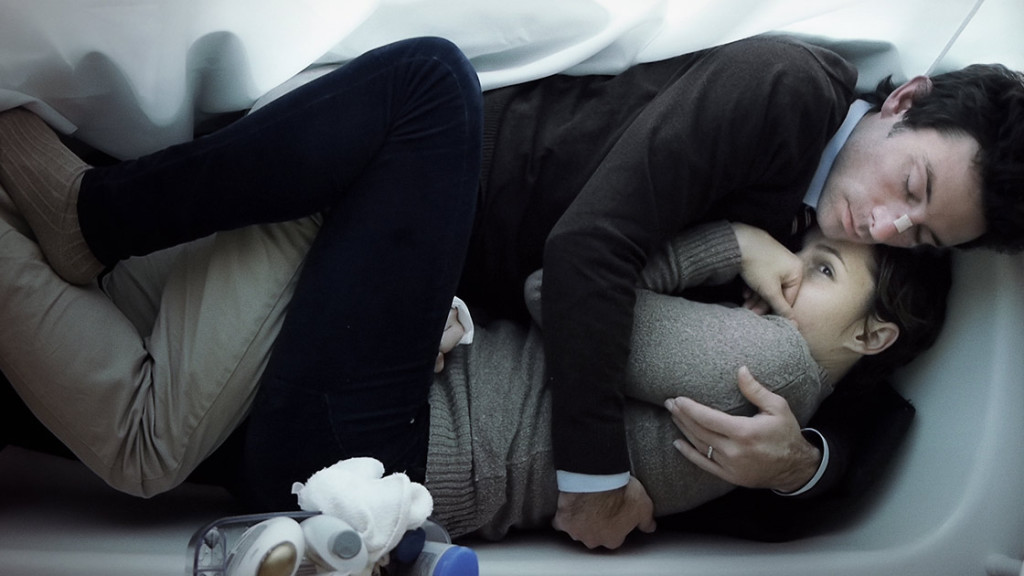 (Grade: D+) — Since describing the plot of Upstream Color, Shane Carruth’s first film since 2004’s Primer, would be an exercise in futility I give you Sundance’s poetic plot synopsis:

“Kris is derailed from her life when she is drugged by a small-time thief. But something bigger is going in. She is unknowingly drawn into the life cycle of a presence that permeates the microscopic world, moving to nematodes, plant life, livestock, and back again.”

Similar to Terrence Malick’s latest offerings (Tree of Life and To the Wonder), Upstream Color serves primarily as an alienating piece of filmmaking. There’re strands of a narrative, but no adhesive to hold it all together. Perhaps this is because Carruth is apparently unable to hold the camera on a shot for more the five seconds. This makes nearly every non-linear sequence unintelligible and insufferable.

While it may prove to be more satisfying upon repeated viewings, Carruth’s return to the movies is not a welcomed one. Coincidentally, neither is his film. Unwelcoming and inaccessible, Carruth inexplicably insists on throwing a myriad of disparate images at you in the hopes that you’ll grasp onto something.  Upstream Color is tantamount to a series of non sequiturs – frustrating, agonizing, and incongruous to the bitter end.