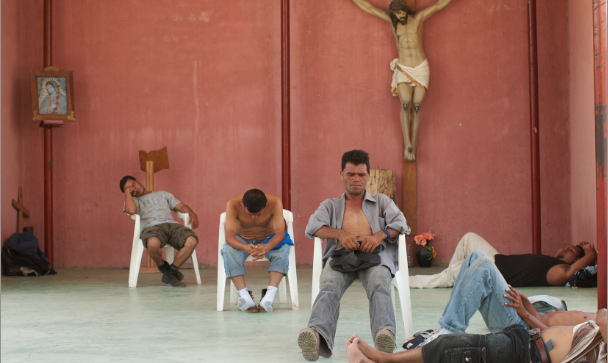 Sundance 2013: Who Is Dayani Cristal?

Oozing with self-importance from top to bottom, Who Is Dayani Cristal? has one goal in mind: to convince audiences all around the world that any attempt the U.S. makes to keep illegal immigrants out of their country is a heartless act deserving of stern condemnation. Whether you agree with freshman documentarian Marc Silver’s stance on immigration is rather irrelevant. This tiring, sluggish, and frustratingly one-sided depiction of immigration gives the viewer no breathing room – or rather, no room to think for yourself.

Slathered with faux-poetic narration that spells out every theme, message, and emotion, Who Is Dayani Cristal? begins with a trio of border patrol officers discovering a decomposed body under a cicada tree. Upon further examination of this John Doe the officers discover a tattoo written on the chest of this dead man that reads: “DAYANI CRISTAL.”

With no form of identification, the sympathetic officers make a concerted effort to discover who this man was, where he’s from, why he was migrating, and who is family is. In short, the question pulsating through the morally superior veins of the film is its title: Who is Dayani Cristal?

Answers arrive, slowly but surely. And as they do, it’s clear that Silver has a few pressing points he wants to highlight. Chiefly, he seeks to relate the exponential growth of immigrants that die each year while attempting to cross the border and, as importantly, the lack of concern expressed by American politicians.

Unfortunately, any political and moral issues Who Is Dayani Cristal? attempts to craft are quickly squandered by Silver’s overbearing and heavy-handed style. More problematic is the structuring of the documentary. Around the 30-minute mark, it becomes evident that Silver is far less interested in unraveling the history of this dead man and far more concerned with hammering home his disdain for America and its immigration policy.

This sort of devil-like portrait of America would be engaging to watch if Silver didn’t add yet another element to the film: placing famous Spanish actor Gael Garcia Bernal as just another hopeful immigrant traveling to America. Ostensibly, Bernal is supposed to elicit some sort of emotion through these dramatic sequences (where every single native speaks poetically). The tears don’t come. In fact, nothing comes because Silver, yet again, strangles us with political ideology and mind-numbingly obvious narration.

Who Is Dayani Cristal? should be (and occasionally is) a film about immigrants, their hopes, their dreams, and their desires, all of which they believe can be found in the promised land they call America. However, what begins as a passion project revolving around the death of a nameless man, ultimately morphs into a jarring, self-important, and partisan political ad that degrades all parties, immigrants and Americans alike.