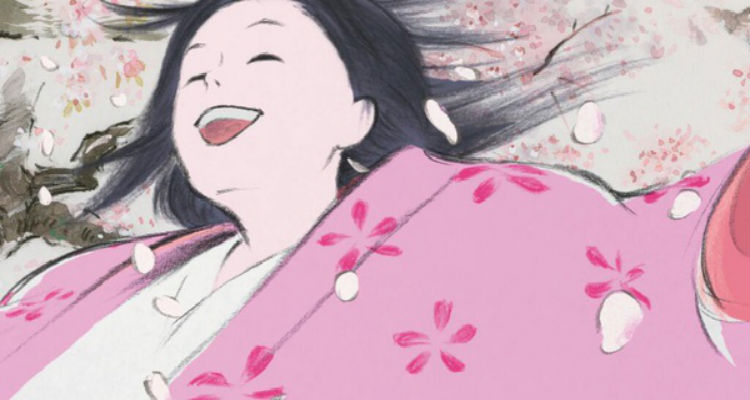 ayao Miyazaki may be retiring (again), but Studio Ghibli is not slowing down. The Tale of Princess Kaguya (Kaguya-hime no Monogatari) is based on a famous Japanese legend called The Tale of the Bamboo Cutter, which is a proto-science fiction story about a girl birthed from a stalk of bamboo. It is directed and co-written (with Riko Sakaguchi) by Isao Takahata, a Ghibli co-founder. This is his fifth Ghibli film, his most acclaimed being the WWII-set Grave of the Fireflies, and this is his first film in 14 years following 1999’s My Neighbors the Yamadas.

The film was first supposed to be released concurrently with Miyazaki’s The Wind Rises, but has since been delayed to a November 23 release in Japan, with no North American date set. The art style, which is something of a departure for Ghibli, is a gorgeous-looking take on a classical Japanese scroll, Chōjū-jinbutsu-giga. I mean, it is stunning. It runs a perfect line between looking beautiful and looking unfinished, and is a style not seen very often.

The trailer is long, at three minutes (and the only version online is cluttered with Japanese television on-screen pop-ups), but doesn’t give the story away. Featuring the lovely song “Memory of Life” (“Inochi no Kioku”) by Kazumi Nikaido, which is the film’s theme, it’s a breathtaking look at what will surely be a powerful and graceful experience.

Check it out for yourself below: