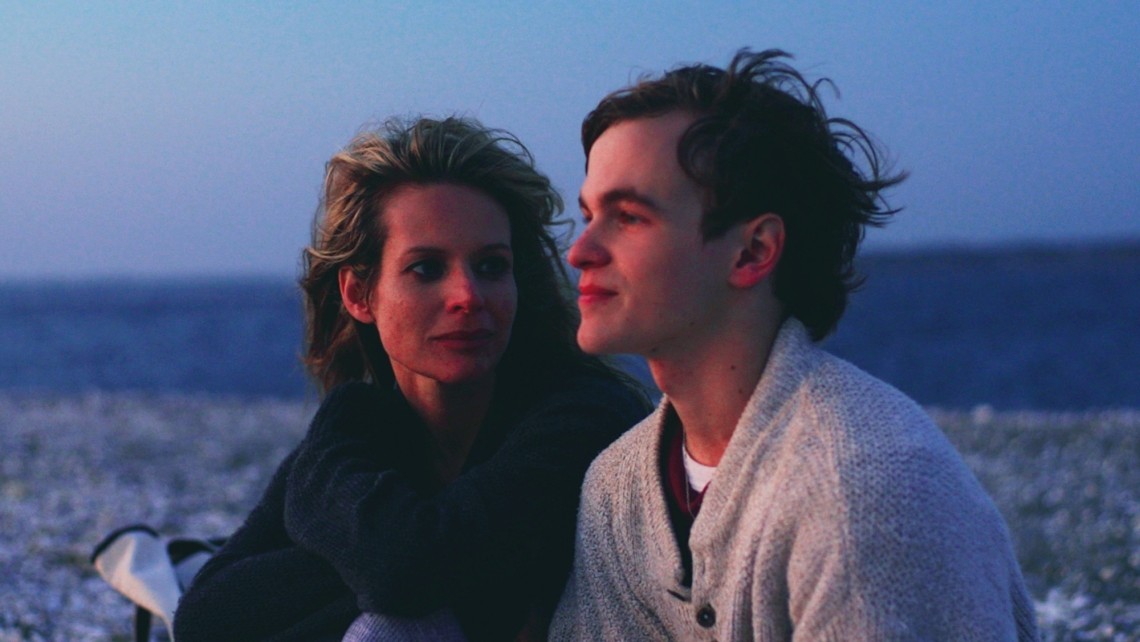 It’s Worth Taking A Trip To ‘Somewhere Slow’

As a critic, I often find myself dismayed at how many movies don’t seem to grasp the fundamentals of storytelling: characters, story and theme. They’ll flit from scene to scene with little connective tissue, relying on spectacle or wit to hide their conceptual emptiness, soulless enterprises that reduce people to archetypes and life to a series of obstacles to overcome.

Somewhere Slow, which opens in select markets today, is not one of those films. Helmed by writer/director Jeremy O’Keefe, the movie was a hit on the festival circuit—it won Best Narrative Film at the Brooklyn Film Festival last summer—and for good reason. It’s a great example of how intimate, character-driven storytelling can be more compelling than narrative gimmicky and impressive set pieces.

Jessalyn Gilsig (perhaps best known as Terri Schuester on the first two seasons of Glee) stars as Anna Thompson, a 40-year-old sales rep for a line of beauty products. She’s unsatisfied with her marriage, her mother’s health is on the decline, and just lost her job. After witnessing a convenience store robbery that leaves two people dead, she decides to leave it all behind, and hitches a ride with the nearest trucker. It isn’t long before she meets Travis (Graham Patrick Martin), a drifter in his late teens who’s as mysterious as he is charming, and they elope to a New England cottage of Anna’s childhood to relax and figure out their next step.

The opening scene is slightly didactic in how it presents Anna’s mid-life crisis, portraying her as a joyless bulimic whose confident exterior hides her own self-loathing. She’s obsessed with her looks, always checking her makeup and straightening her outfit (especially after vomiting up three double cheeseburgers), and it’s obvious she’s had at least minor plastic surgery. Thankfully, the film gradually finds its groove, encouraging the viewer to notice other signs that she’s feeling trapped—the way her husband orders dinner for her, the slight bristle of her body when someone comments she looks good for her age—and hinting at past trauma. Something has made her this way, and O’Keefe wisely never pinpoints a specific event, trusting the audience to feel the weight and confusion of the past rather than understand it.

Gilsig is nuanced and moving in the lead role, often communicating more about Anna through the way she holds her body than what she says. The real standout, however, is Graham Patrick Martin as Travis, who reveals hidden wells of desperation simmering beneath a cool exterior. Once again, O’Keefe holds back, never letting things slide into trite sentimentalism. There are suggestions that Travis might be even more damaged than Anna, that his past is one of neglect and abuse, but even as Anna connects with him in a way that neither expected, the details are left unspoken. They recognize each other’s flaws and simply accept them; in doing so, they are able to re-align that part of themselves that felt twisted or off-kilter.

The film’s greatest flaw is its overall aesthetic, which bears all the familiar markers of a low-budget independent film: obvious editing, an over-reliance on deep focus, and lighting that occasionally feels too flat. Yet O’Keefe handles these obstacles with creativity and flair, carefully crafting the narrative so that the emotions never feel as cheap as the visuals. The premise is simply an excuse to put two people close together and watch them cope with their own brokenness by mending it in someone else.

Somewhere Slow breaks little new ground in its depiction of lost individuals finding solace in each other, but it understands that sometimes less is more. There are no broad romantic comedy antics or loud arguments to be found here, just a simply told portrait of lost souls that speaks volumes through quiet interaction, a refreshing reminder that stakes are not dependent on scope. Anna and Travis’ road trip takes them through several emotional waypoints, and O’Keefe trusts his script and actors to bring the audience along for the ride. They prove to be up to the task.