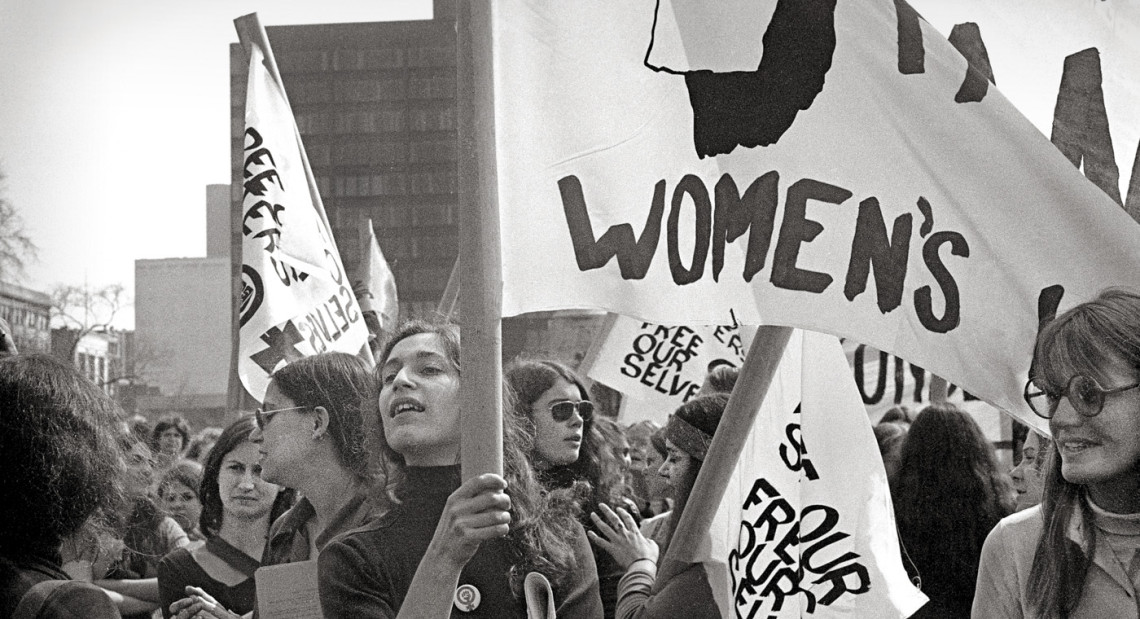 Texas women are pissed. The echoing chants outside the state capital in Austin could tell you so. In those halls, Texan women’s right to an abortion was about to become severely restricted to all but a few facilities in one of the largest states in the nation by a majority male leadership. These women, like Senator Wendy Davis, were not about to give up without a fight. Their fight is another event in a long line of activism for equality in the U.S. Women fought for suffrage, they marched for civil rights, and they fought for the right to choose the outcome of their pregnancy. Laws protecting women from discrimination and spousal abuse were ratified. It looked like progress was possible in the Age of Aquarius.

She’s Beautiful When She’s Angry is a homespun documentary, patch-working the stories of various feminist groups that sprung out of the 60s, like the National Organization of Women (NOW). Filmed over several years, the documentary earnestly weaves testimony from several early leaders to cover multiple causes. For once, this is a documentary that moves away from trying to create a monolithic feminist movement, but rather depict the several different issues women took to the streets for. Women of color groups are featured, not sidelined, including those who confronted the Black Panthers’ view on contraception and Puerto Rican women’s fight against forced sterilization. The early exclusion of lesbians from prominent women’s conferences is tackled head-on by several activists who pushed for inclusion of different sexualities.

Feminist poetry and essays from the era break up the narrative storytelling. They’re interesting interludes that give you a sense of time, place, and frustration with gendered silence. Riot Grrl bands like Bikini Kill mix with Janis Joplin to add to the sense of frustration, the occasional wail and scream giving a backtrack to the voices on-screen.

Because feminism could probably use its own super-long PBS multi-episode documentary series to properly address its wide-reaching topics, She’s Beautiful sometimes feels rushed or disjointed in attempting to cram so much information in so little time. The Boston and Chicago chapters started sex ed books and a secret abortion provider helpline, but what of free clinics and organizing in other cities? The movie doesn’t stick to a strict timeline, so it’s sometimes difficult to keep track of what new movements sprung out old ones. I would have love to have heard about early Trans rights activists or more from Asian American and indigenous women organizing in their communities. It’s difficult to address the history of feminism without the threat of erasure of non-white, cis-gendered heterosexual majority groups.

Yet the film is both cautionary and inspiring. Yes, we watch as victories pass legislation, but we are also told of the crushing defeats from a conservative administration. The legend of a comprehensive childcare act particularly hurts in the age of harried, over-worked and underpaid parents. We then reconvene at modern-day feminist rallies like Slut walks and the aforemented fight in Texas over abortion rights. The feminist fight continues.

She’s Beautiful When She’s Angry reminded me of a cautionary tale my mother told me when I was younger. A man set up a tent in a shopping mall to collect signatures to end women’s suffrage. Passing strangers, misunderstanding it to be a gesture to end “women’s suffering,” quickly signed without a second thought. They had forgotten what had been fought for and what the word meant, the history of it all. Never forget the newness of the ground we’ve gained, she said, because we could lose it just the same. Keep fighting.