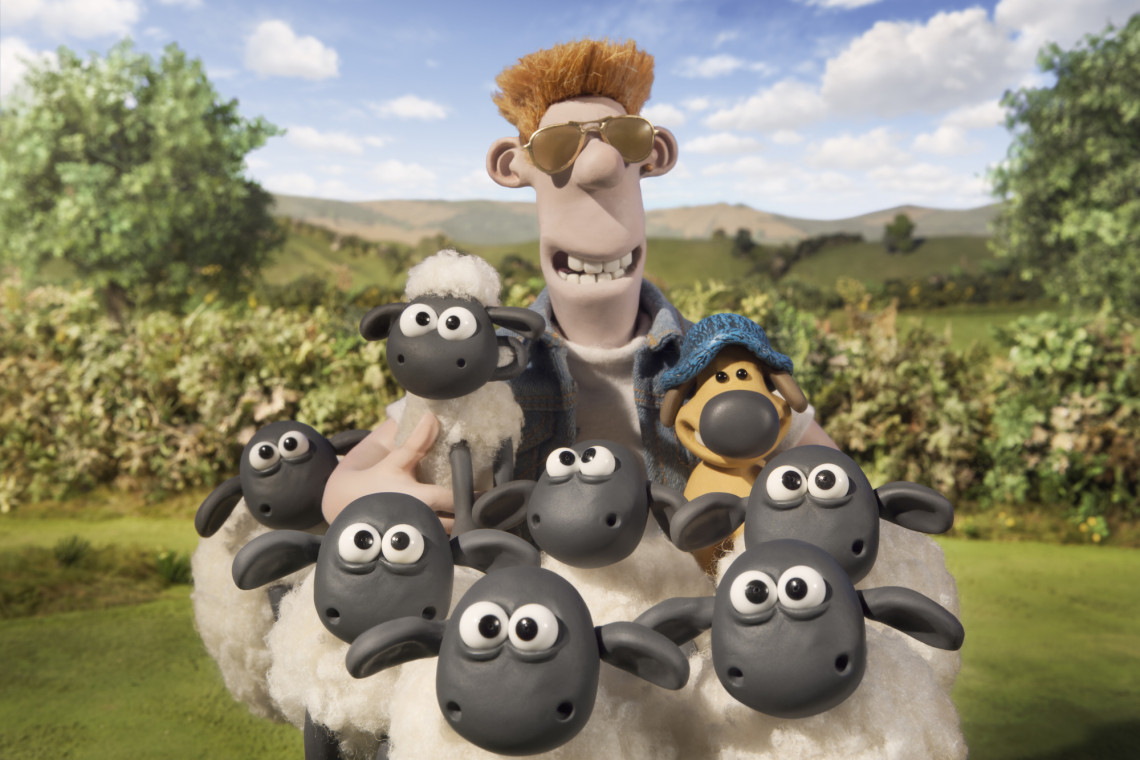 “Shaun the Sheep Movie” Is An Old-Fashioned Delight

Not a single word is spoken in Shaun the Sheep Movie, nor are any necessary. The latest film from Aardman Animations, this low-key story goes even further than Minions, where just the title characters speak only in gibberish. Here, everyone communicates in grunts, grumbles, mumbles, and more—but discernible words would only take away the charm. As no-frills as Shaun the Sheep Movie is, it’s a winning and clever way to close out the summer family-movie season.

As the film begins, Shaun is bored by the daily routine that he and the other sheep he lives with go through: wake up, get herded by his farmer and trusty sheepdog Bitzer, eat, go to bed. Inspired by an ad on a passing bus, Shaun decides to take a day off. But in the tradition of the Wallace & Gromit shorts from which this story was spun off, Shaun’s choice has a huge ripple effect that sends him and his flock to the Big City (or so it’s called here) to save the farmer from an amnesia-induced accident.

Richard Starzak and Mark Burton, who together wrote and directed, do a wonderful job of establishing the world and characters here, especially for those of us unfamiliar with the British TV show starring Shaun and friends. Aardman has, in the past, excelled at coming up with non-verbal yet hyper-intelligent animals; Shaun is this film’s Gromit, calm, resourceful, and cool under pressure. The connection that he and the rest of the farm’s denizens have with their terse caretaker is clarified with a specificity and conciseness that should inspire envy in most American filmmakers. Like Pixar’s recent masterwork WALL-E, Shaun the Sheep Movie relies on signage or written language or drawings (Shaun’s quite the chalk artist) to communicate. This is as stripped-down and direct as cinema gets, eschewing exposition and lazy character development evinced through the spoken word.

The many visual gags run the gamut from witty to laugh-out-loud funny. (A running joke in which Bitzer is confronted by a terrifying dog in the city’s animal control center miraculously never becomes tiresome.) Even without dialogue, there’s a baddie Shaun and the other sheep must contend with, an arrogant animal-containment specialist. The escalating conflict, as well as the way Starzak and Burton depict the forgetful farmer’s aggressive and surprisingly popular leap into the world of hair salons (dude’s got a way with a razor), is handled with deftness and simplicity.

It wouldn’t be wrong to call Shaun the Sheep Movie simple, but that’s meant as high praise. The stakes are small in this story, deliberately so. What starts with one character’s desire for a break turns into an equally important desire to go back home. So in a manner of speaking, the world is at stake here, just a tinier one than usual. The fluidity of this story is matched by the pleasing, handmade stop-motion visual aesthetic; like Aardman’s best films, Shaun the Sheep Movie is the equivalent of going home again, a soothing return to old-fashioned comforts.