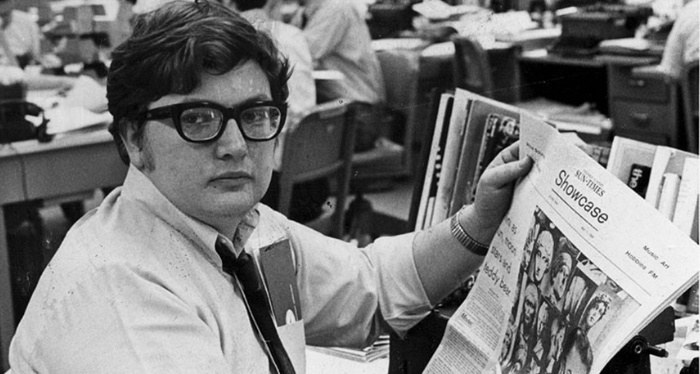 Remembering Roger Ebert on His Birthday

If Roger Ebert were alive today he would be celebrating four decades of gainful employment at the Chicago Sun-Times, a 21 year marriage with the lovely Chaz Ebert, and most importantly, his 71st birthday. Unfortunately as we all know Ebert died this past April after a decade-spanning battle with thyroid cancer. Alas, today is not a day for mourning. Today is about commemorating, cherishing, and remembering a human being we all should aspire to be more like.

Below are ten exemplary examples of what made Roger the peerless writer on film we all admire and continue to learn from. I could quite easily opine about his writing away from cinema – which was every bit as (if not more) insightful, wise, and evocative than his film reviews – but for now we’ll focus on his musings on movies.

All I ask of those who find themselves reading this article is that at some point you carve out time to remember Roger Ebert, however you thought of him – the critic, the journalist, wordsmith, the philanthropist, the visionary, the teacher, the friend, the wonderful human being. 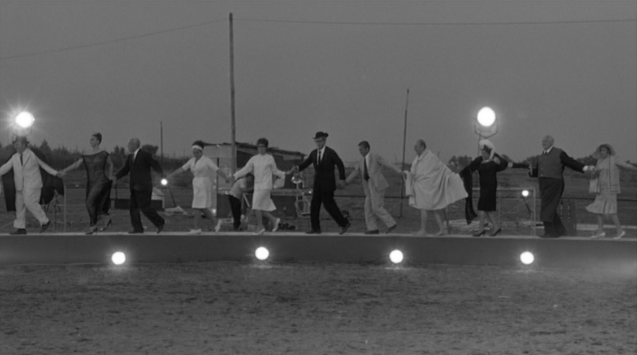 All of the images (real, remembered, invented) come together into one of the most tightly structured films Fellini made. The screenplay is meticulous in its construction–and yet, because the story is about a confused director who has no idea what he wants to do next, “8 1/2” itself is often described as the flailings of a filmmaker without a plan. 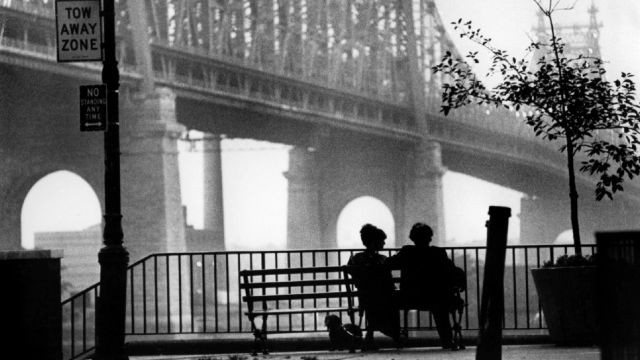 Look at Allen’s face in Isaac’s final scene with Tracy, as he pleads with her to stay with him, to not go to London, even while he realizes he is simply being selfish. A lesser actor would have gone over the top in the pleading, and then overdone the disappointment. Allen finds the difficult, precise tone of a man who desires and regrets and yet actually does like this young woman enough to know she’s doing the right thing. He had her but he lost her, and now they both know their time has passed. He isn’t planning the future, but trying to rewrite the past. She’ll think of him as a fond memory. 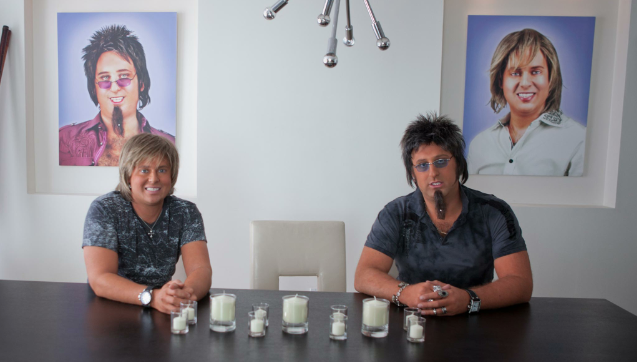 I can’t keep this up. Describing the movie is bringing down the level of my prose. As faithful readers will know, I have a few cult followers who enjoy my reviews of bad movies. These have been collected in the books I Hated, Hated, Hated, HATED This Movie; Your Movie Sucks, and A Horrible Experience of Unendurable Length. This movie is so bad, it couldn’t even inspire a review worthy of one of those books. I have my standards. 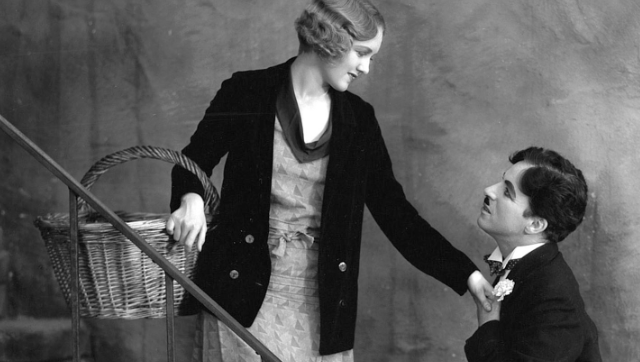 One night the Piazza San Marco was darkened, and “City Lights” was shown on a vast screen. When the flower girl recognized the Tramp, I heard much snuffling and blowing of noses around me; there wasn’t a dry eye in the piazza. Then complete darkness fell, and a spotlight singled out a balcony overlooking the square. Charlie Chaplin walked forward, and bowed. I have seldom heard such cheering. 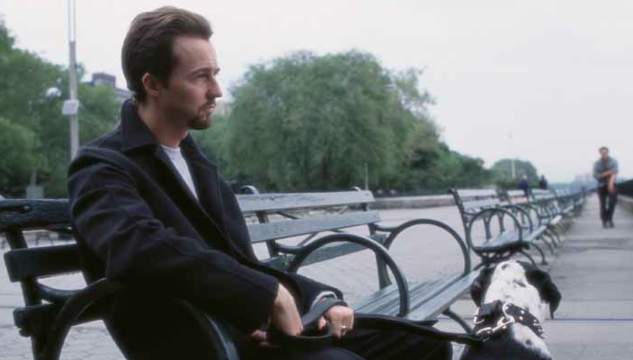 Everybody knows that Spike Lee is an important filmmaker, but do they realize how good he is with actors, and how innovative he is with style? We live in a period when many filmmakers use either a straightforward meat-and-potatoes style, or draw attention with meaningless over-editing, queasy-cams and showboat shots. With Lee, as with any classical director, the emphasis is on the story and the people. But he’s always there, nudging us, being sure what we notice, moving his camera not merely with efficiency but with grace and innovation. Because he doesn’t go out of his way to call attention, how many realize what a master stylist he is? 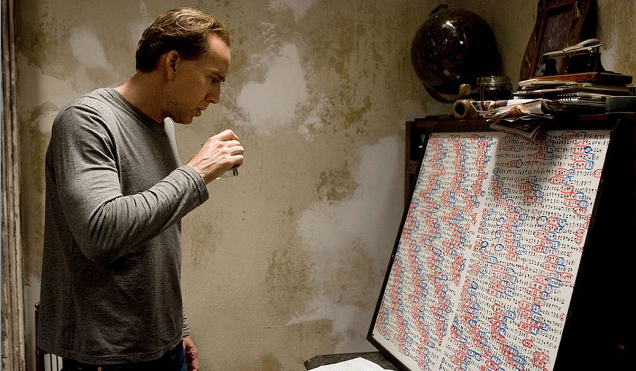 “Knowing” is among the best science-fiction films I’ve seen — frightening, suspenseful, intelligent and, when it needs to be, rather awesome. In its very different way, it is comparable to the great “Dark City,” by the same director, Alex Proyas. That film was about the hidden nature of the world men think they inhabit, and so is this one.

Garfield: A Tail of Two Kitties 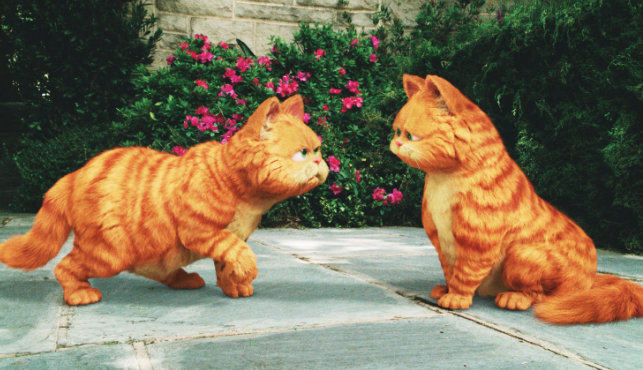 There will be malcontents who claim I am not the real author of this review, because how could a cat know that after you mention a character in a movie, you include the name of the actor in parentheses? Do these people believe a cat lives in a vacuum? I read all the movie reviews, especially those of Ebert, a graceful and witty prose stylist with profound erudition, whose reviews are worth reading just for themselves, whether or not I have any intention of viewing the movie. 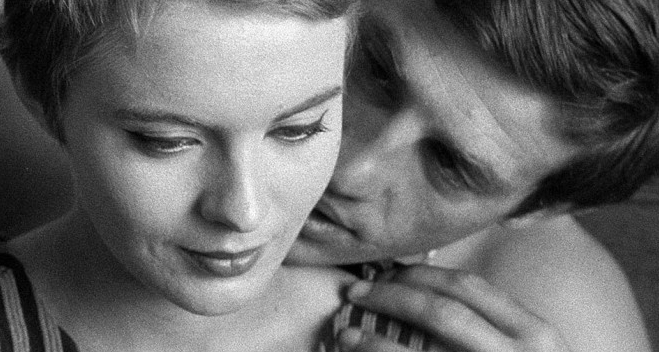 Modern movies begin here, with Jean-Luc Godard’s “Breathless” in 1960. No debut film since “Citizen Kane” in 1942 has been as influential. It is dutifully repeated that Godard’s technique of “jump cuts” is the great breakthrough, but startling as they were, they were actually an afterthought, and what is most revolutionary about the movie is its headlong pacing, its cool detachment, its dismissal of authority, and the way its narcissistic young heroes are obsessed with themselves and oblivious to the larger society. 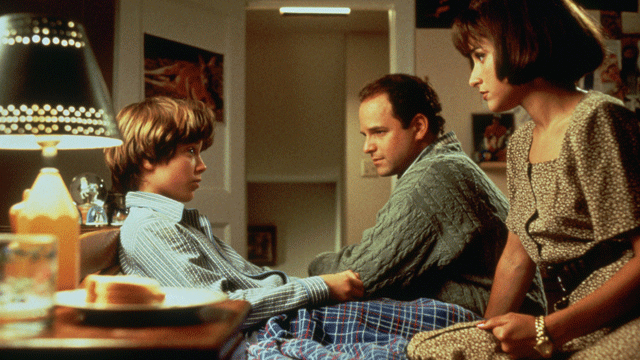 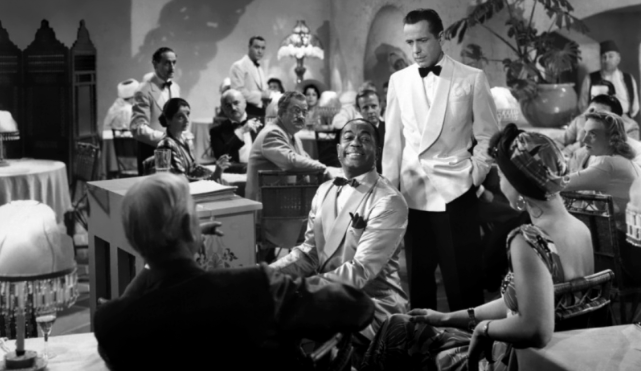 Seeing the film over and over again, year after year, I find it never grows over-familiar. It plays like a favorite musical album; the more I know it, the more I like it. The black-and-white cinematography has not aged as color would. The dialogue is so spare and cynical it has not grown old-fashioned. Much of the emotional effect of “Casablanca” is achieved by indirection; as we leave the theater, we are absolutely convinced that the only thing keeping the world from going crazy is that the problems of three little people do after all amount to more than a hill of beans.