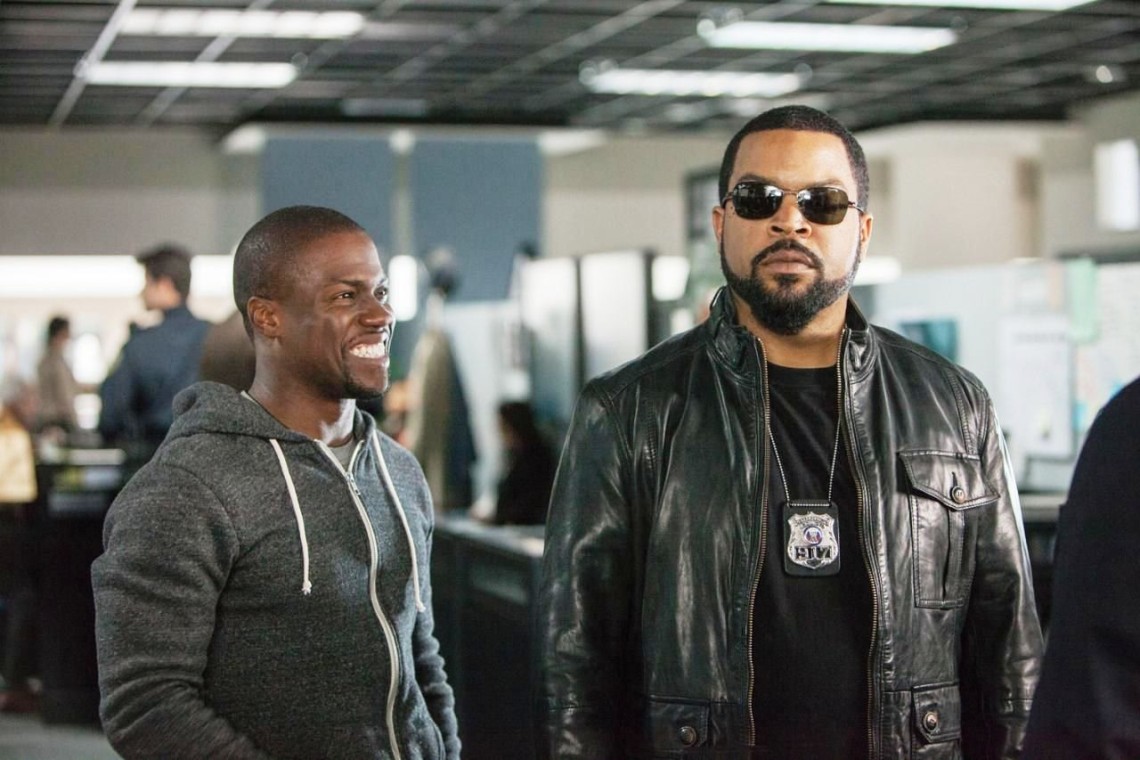 Throw Yourself From The Vehicle Instead Of Taking This ‘Ride Along’

If you’ve seen the trailer for Ride Along, then rest assured, you don’t need to see the rest. You have already seen this movie. It is a film so stale, so devoid of originality, and so downright unfunny that if you can’t guess every single plot point from the premise alone, you probably don’t watch very many movies. It’s yet another film in which an inexperienced newbie struggles to impress an older mentor, only to coincidentally wind up the only person capable of saving the day and taking down the bad guys. The setup is familiar, but it’s still ripe for comedy (which is probably why it’s so common), provided the people involved can provide a fresh perspective. Unfortunately, Ride Along is as cliché as they come.

The premise of Ride Along is so simple that it was mentioned in “Save The Cat”—you know, that book that’s destroying movies—as an example of a good high concept logline. Comedian Kevin Hart stars as Ben Barber, a nerdy high school security guard who’s hoping to get accepted into the police academy and marry his girlfriend Angela (Tika Sumpter). Before he pops the question, though, he wants the blessing of her brother James (rapper-turned-thespian Ice Cube), a no-nonsense cop looking to take down an international arms dealer. In the hopes of dissuading Ben from marrying his sister, James invites him on a ride along, and hijinks ensue as Ben finds himself in over his head.

The script is built on a pile of coincidences taller than Kevin Hart (as the film takes great pains to remind us, he’s a really short guy!) that it mistakes for an actual plot. Ben just happens to want to follow in his potential brother-in-law’s footsteps, but it’s unclear why he wants to be a cop so much, other than the fact it beats working at a high school. His real passion is video games (a fact which inexplicably comes in handy later on), but instead of having him pursue a career in game design, the writers seem to think his love of virtual violence would naturally evolve into a love of real danger. Ben’s entire arc revolves around proving James right in his assertion that the only way to be a “real man” who’s “worthy” of marrying his sister is to be tough and viol—I’m sorry, what year do we live in again?

Ride Along’s disdain for its audience is palpable. It references video games and pop culture as a way of appealing to a geek demographic, only to cut out any meaningful insights as to how Ben’s nerdy obsessions both help and hinder his development. It’s a cold, calculated cash grab crafted solely around the name-recognition of its two leads, shoving them into a half-baked script in the hopes of watching the money come pouring in. Hart and Ice Cube are playing extensions of personas they’ve already established—why craft jokes that are actually clever when you just give people what they’ve seen and enjoyed before? At one point, James makes a joke that rests entirely on the audience’s knowledge of Ice Cube songs and lyrics. This isn’t a movie about Ben and James; it’s a movie about Kevin Hart and Ice Cube playing pretend.

Hart occasionally comes close to shifting the film out of neutral with his hyperactive, squeaky persona, running his mouth at high speeds and gesticulating wildly. He’s a talented physical comedian, and his high-strung shtick can work in the right context, but Ride Along’s script offers him little room to stretch his improvisational style. The humor is tame even by PG-13 standards, as if the top priority is to appeal to as broad a demographic as possible rather than risk alienating viewers by being genuinely surprising. Whenever the plot drifts into naughtier territory—one of the funniest scenes finds James spying on Ben and his sister as they get ready to have sex, for example—the film quickly shrugs off the more uncomfortable implications in the name of moving along. The jokes exist entirely as comic set pieces rather than springing organically from the players involved, so the characters feel like cardboard constructs, flitting from bit to bit because the script demands it rather than because that’s how they (or any rational person) would behave.

Director Tim Story, the guy behind two Fantastic Four films and 2012’s Think Like A Man, approaches the stale material in equally workmanlike fashion. There are no visual flourishes on display—the movie has the look of your average television procedural—and the style feels entirely functional. This isn’t unusual for comedies, for which clever writing and bombastic performances often take priority over fancy camerawork, but when the script is this dull and the performances are this rote, it’s hard not to wish for at least a modicum of aesthetic creativity.

Even Ice Cube seems bored by the one note he’s required to play as the straight man, delivering his lines with all the energy of a wet dishrag. James is supposed to be cool and confident, but the performance comes off as apathetic, like he barely cares enough to get out of bed every morning. His indifference is understandable, given that James really isn’t a character as much as a functional type that can go from “irritable hardass” to “understanding friend” in the span of mere minutes, but that doesn’t make the film any less painful to sit through.

In retrospect, it’s easy to see why Ride Along has been stuck in development hell for nearly a decade: it’s a safe, easily-marketable trifle that follows formula to the letter but lacks the necessary oomph to actually be any good. One would have hoped that after so many drafts (how are there four credited writers on something this bland?) the script would be punchy enough to stand out, but this is just another throwaway studio comedy that tries to hide its emptiness behind star power and broad humor. Why take this ride when you could just stay home and play video games?