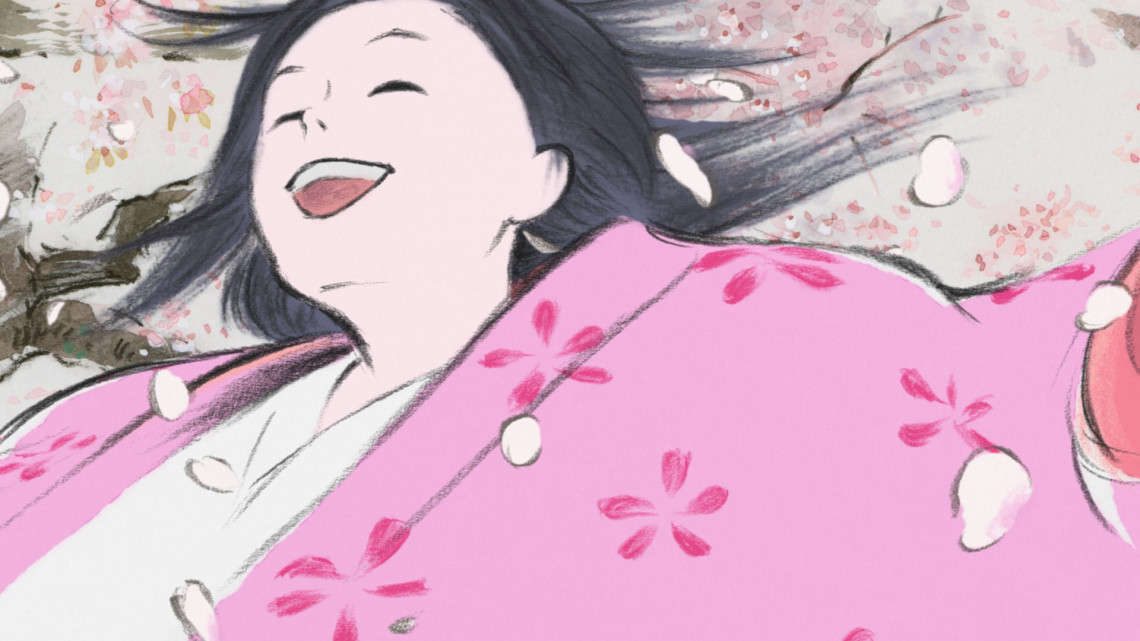 “The Tale of Princess Kaguya”

Note. This review was originally published during our coverage of Fantastic Fest 2014.

Within a year, two titans of animated filmmaking have decided to bring their long-storied careers to a close. Last year, Studio Ghibli co-founder and animation maestro Hayao Miyazaki bowed out with The Wind Rises, a heartbreaking tale of an artist’s dreams being poisoned by war. Now, the other genius at Studio Ghibli, Isao Takahata, has brought out his first film in 15 years, The Tale of Princess Kaguya, which also looks to be the Grave of the Fireflies director’s curtain call.

Based on the Japanese folktale, The Tale of the Bamboo Cutter, the film begins with a bamboo cutter discovering a tiny princess in a bamboo shoot one day, only to bring her in and watch her transform into a baby, miraculously growing into a beautiful woman in only three short years. The man and his wife, both middle aged and without children, decide to raise the princess as their own, until discovering another bamboo plant that springs gold and silk robes like water from a fountain. Taken as a sign that the princess must be raised as nobility, they decide to use the gold to build a mansion in the capital, taking her away from her childhood life of poverty.

What follows is an incredibly heartbreaking tale of a young woman struggling to maintain her own identity and independence amongst all the misguided men who seek to control her. It’s telling that her father, in all his doting love, is the most misguided of all, showering her with gifts and training her to become a proper noblewoman, ignoring all the signs of her unhappiness with her isolated existence. It’s a striking example of selfishly wanting to live vicariously through our children, in hopes that their lives may be better than our own, without giving heed to what truly makes them happy.

I’ve long maintained that in many ways, children are wiser than adults. While they may lack life experiences to inform them of many factual things, their perspective on life is often untainted, a viewpoint where only goodness can prevail. While that may sound naïve, it’s increasingly fascinating to watch filmmakers, particularly animators, explore this notion. Things like hate, greed, dishonesty, or prejudice are not born, they are raised, and the way Takahata presents Kaguya’s purity as being constantly at odds with her father’s well-meaning but foolish ambition for her is all the more pronounced by the expressive animation on display. 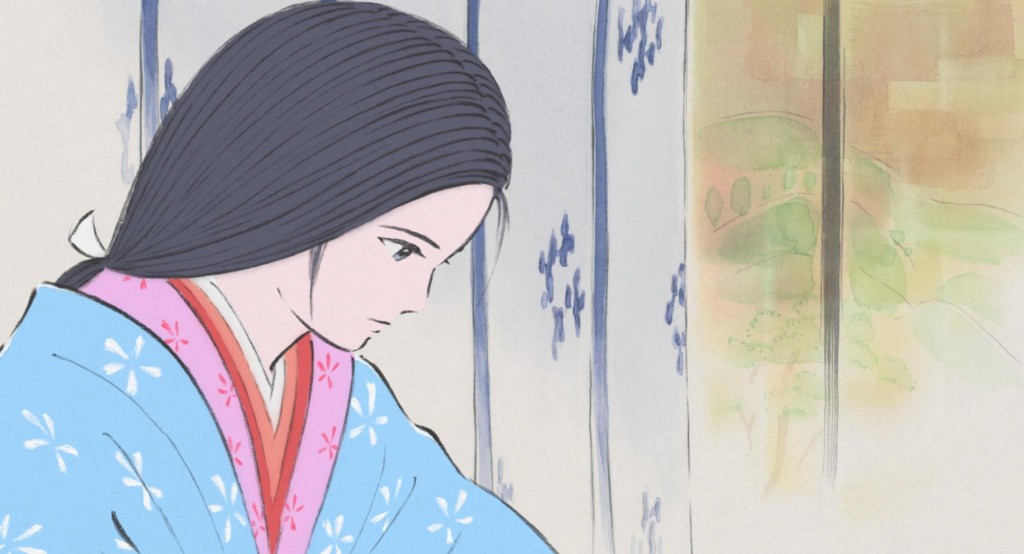 A blend of charcoal lines and watercolor palette, Princess Kaguya feels like something only achievable through animation, a vital reminder of how hand-drawn animation can achieve the kind of vision CGI can only dream of. Take, for instance, a scene in which Kaguya overhears the secret of her birth at a name-day banquet thrown by her father, her world comes crashing down on her, and as she flees the palace, so too does the animation around her, decomposing from a series of soft edges and pastel colors into rough, sketchy lines, filled with darkness and harsh environments.

It’s a devastatingly brilliant directing choice only made all the more heartbreaking when she comes back to reality, surrendering herself to have here eyebrows plucked and teeth blackened, an act she previously protested as inhuman. The cold, unfeeling manner in which her whole identity is physically stripped from her left me openly sobbing, feeling the pain she could not express herself.

The script, co-written by Isao Takahata and Riko Sakaguchi, is full of these moments, turning from Kaguya’s wonderment at the natural beauty of the world to a moment of utter devastation, leaving her almost entirely broken in the wake of her father’s unfortunate pressure to find her a suitor. Upon hearing of the death of one while attempting to attain a mythical treasure for her, she breaks down, tearing apart her pristine garden, crying out “It’s a fake, just like me!” Only upon nearly being sexually assaulted by the Emperor himself does she realize her true purpose: to live life to the fullest and bring happiness to the earth. Unfortunately, it’s too late.

Realizing that she was happiest with her parents in a life of poverty, the family at long last reconciles, realizing that none of their newfound wealth was truly earned, nor could it give them the life Kaguya’s father wanted for her. In a reunion with her childhood sweetheart, a moment of unfathomable joy is cut tragically short by the cruel reality of the situation: her fate cannot be changed. As she finally accepts her destiny to leave the earth, her parents and friends weep. They did all they could to give her the life she deserved, and like any parent with children leaving home, goodbyes are filled with regrets. But more importantly, they are fulfilled by a lifetime of joy that only the love of family can bring.