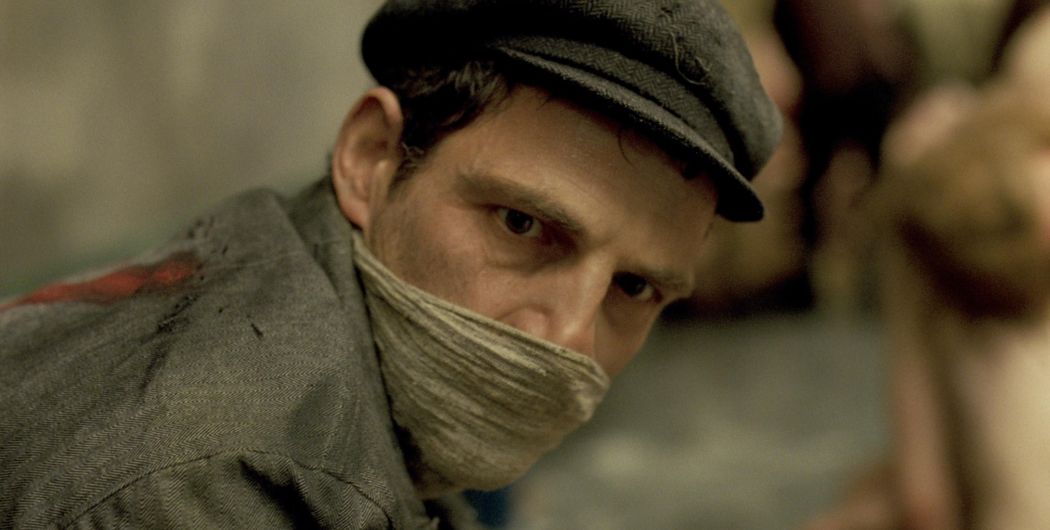 “Son of Saul” Is Utterly Devastating

Note. This review was originally published as part of our Fantastic Fest 2015 coverage.

László Nemes’ Son of Saul boasts one of the most rigorously committed aesthetics in recent memory. Without subduing the roving camera of DoP Mátyás Erdély to the limitations of first-person photography, Nemes finds a radical method of plunging the viewer into the subjective experiences of the protagonist: Géza Röhrig’s Holocaust prisoner Saul Auslander. Two shots prevail throughout the proceedings.  The first is a rushing handheld shot taken over Saul’s shoulder while he is in motion, usually with an extremely limiting shallow depth of field. The other is a close-up of his stoic face, stark in how little it emotes. Imagine the kinetic immediacy of Emmanuel Lubezki combined with the claustrophobic intimacy of Dreyer’s The Passion of Joan of Arc. It’s the kind of choice that can only be made by an established auteur who has earned complete autonomy, or a brash newcomer yet to learn the so-called rules. Nemes is the latter, which only adds to the wonder Son of Saul inspires.

His technique hardly constitutes some kind of self-imposed artistic chastity belt, however. Nemes uses his form to illuminate the complexities of his content (co-written with Clara Royer), allowing for a more nuanced understanding of these unimaginable atrocities. Saul, a member of the Sonderkommando group that was forced to become cogs in the Nazi machinery of mass murder, never falls into a clear cut category. He is neither entirely hero or villain, victim or perpetrator. Saul is just a human trying to survive inhuman conditions in any way possible, and the camerawork suggests his method of coping is to block out the world beyond his nose.

During the opening scene – the mass execution of Jewish inmates in which Saul participates – not a single victim comes into focus. Nemes does this not out of disrespect, nor out of a desire to dehumanize or belittle the loss of life. Rather, Son of Saul moves the Holocaust from its traditionally epic cinematic scale to an individual one, enhancing its impact by narrowing its scope.  The film validates the power of a maxim widely misattributed to Joseph Stalin, which states, “The death of one man is a tragedy, the death of millions is a statistic.” Nemes’ great genius is finding a style that rescues this event from forever being experienced behind the remove of museum glass.

Though most films that operate at this level of artistic discipline come across as cold or clinical, Son of Saul has the opposite effect. While the precise function of Nemes’ camerawork keeps the brain occupied at the outset, he sneaks up from behind with an emotional, empathetic wallop that proves utterly devastating.  The film’s events are not merely seen through Saul.  They are also felt through him. His quixotic quest for a shred of dignity amidst the relentless barbarism of Auschwitz resonates profoundly.