“Premature” Too Sticky In Its Execution Despite a High Concept

It’s no accident that every review of Premature refers to the film within the context of its relationship to Harold Ramis’s Groundhog Day. The new film’s narrative similarity to the older one — in both, the protagonist finds himself reliving the same day without warning or consequence and must determine how to proceed — is intentional, according to director and co-writer Dan Beers. Speaking to Script magazine, he said bluntly of the film’s pitch, “It was a one-liner: A kid in high school has sex over and over again until he gets it right. Like Groundhog Day.” The Bill Murray comedy even factored into their writing, though Beers vacillates between distancing himself from his influence and openly talking about his efforts to reinvent it: “There was one thing from Groundhog Day we were very conscious of: the radio alarm clock that plays ‘I Got You Babe’ that Bill Murray wakes up to every morning. We kept asking ourselves, ‘What’s our version of that?’ And, in our film, it was the mom coming into Rob’s bedroom every time.”

Hearing Beers come out and say that he and his co-writer spent time trying to figure out their own version of one of Groundhog Day’s plot signifiers will take you a long way toward understanding the occasional charm and ultimately forgettable nature of Premature. It’s sometimes funny and energetic, with the kind of crude frankness that feels like an honest depiction of the desperation and confusion of teen life. But it’s also rough and unfinished, playing more like a series of connected sketches of varying quality than an actual film. There isn’t much more here than the one-liner that started Beers down this particular path: a high school senior, Rob (John Karna), navigates his way through a normal day until he finds himself intimately engaged with a girl, at which point he reaches climax and opens his eyes to find himself back in his own bed that morning, his mother awkwardly standing at the door. That loop plays out about a dozen times as Rob works through high-school-level versions of existential angst. But while Groundhog Day had the bravery to fully explore its premise — facing the inevitability of death and the limit of charity, only to realize that those limits are what make the pursuit so worthwhile in the first place — Premature is, not surprisingly, more focused on broader, easier conclusions. In other words, if you think Rob is going to make it through this movie without realizing that his pretty female best friend (Katie Findlay) might have been his perfect match all along, then I have some real estate I think you would be interested in. 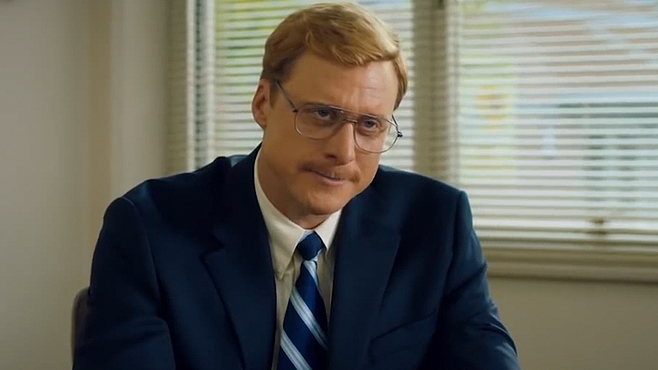 The film strikes out on its own in a couple different ways, to varying success. The first is pinning the time loop premise to a comedy that strives to be the definition of “raunchy.” There’s an outsize madness to much of the film that gives it a kind of frantic charm, thanks mostly to Karna’s charisma. Rob, obsessed with sex and willing at first to sacrifice friendships for a chance to sleep with a popular girl, is able to work through his confusion and regret in a vacuum, as he comes to understand the value of emotional connection. Most teen comedies have trouble finding a way to balance their characters’ earnest and genuine desire to get lucky with more nuanced consequences. The strength of Premature is that Rob gets to grow up a bit more than you’d expect from a horny male teen anchoring a high-concept hard-R story.

The film is less successful when Beers attempts to establish a metaphysical explanation for Rob’s situation, complete with curses and moral debts. Beers’s tortured efforts to give Rob a curse that must be lifted just feel like a clumsy way to set his film apart from Groundhog Day. When the film gets back to Rob, things clear up.

If there’s a key to understanding the film, it’s Alan Tudyk’s role as a college admissions counselor who meets with Rob. Rob’s interviews vary based on how he’s feeling on that particular trip through his day, but Tudyk has fun every time. His role is broad and thankless, a corporate square nursing a not-so-hidden pain about an ex-wife, but Tudyk manages to make these moments funny and enjoyable even though you know you’ll forget them later. This might not be want Beers wanted someone to feel when watching Premature, but then, he’s also the one at the helm of a movie plagued by generational loss, a copy of a copy that’s less sharp and distinguishable than the original. I remember laughing, but I don’t remember why. It’s a little like being stuck in time.