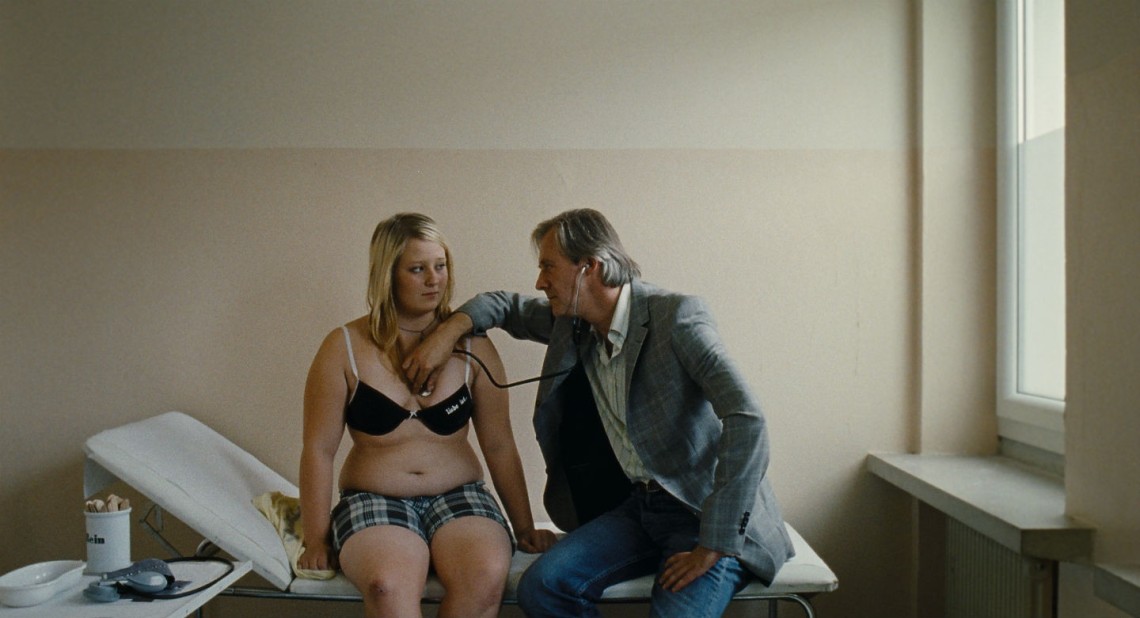 Austrian film director/writer/producer Ulrich Seidl has been raising controversy from the moment he entered the door of the Vienna Film Academy in 1980 (he got kicked out some time later). The list of epithets linked with his name is long and intense, but rather monotonous in its focus on controversy and negativity. Seidl has been named a “social pornographer,” “provocateur,” “voyeur,” “misanthrope,” and “cynic.”

It’s the radical honesty of his gaze, mercilessly brutal in its harsh directness, that seems to cause the outrage. Indeed, Seidl might surpass some moral borders or challenge common viewing habits. But the “Paradise” trilogy author has a rare ability to look at anything while abstaining from judgement. Images speak for themselves. Can an author be stigmatized for only looking?

The “Paradise” trilogy was primarily inspired by Ödön von Horváth’s 1932 play Faith, Hope and Charity. At first planned as one film, the three parts follow three women, all from the same family, on their separate yet intertwining journeys. The first, Paradise: Love, touches on a quest for (all shades of) love by exploring white sex tourism in Kenya. The second, Paradise: Faith (starring the brilliant Maria Hofstätter) is a story of a devout Catholic on a contemporary religious crusade.

Paradise: Hope is the last installment of the trilogy. Thirteen-year-old Melanie (Melanie Lenz) is a daughter of Love‘s main protagonist Therese and the niece of Faith‘s Anna Maria. Her burden is not a lack of romance or religious obsession: it is her weight. Melanie is sent to a summer camp for obese kids, where she’s supposed to learn self-discipline and slim down. Such trimming is crucial, as it can significantly increase the possibility of finally fitting in the tight corset of social norms, demands and expectations.

In typical Seidl fashion, the camp looks more like a prison than a sports center. Shown through his usual geometrical, emotionless frames (yet again an effect of collaboration between two great cinematographers, Wolfgang Thaler and Ed Lachman) it confines not only the abundant excess of teenage fat tissue, but any display of individuality. Adolescent desires and the need for acceptance reveal themselves quite often through moments of “weakness,” like an illegally smuggled chocolate bar or a beer. Teen participants are constantly watched over by a sadistic teacher, so they go to extremes in an effort to socialize. Melanie develops an erotic fascination with the camp’s director. Her interest is aimed at somebody who’s her polar opposite: an older, disciplined – and slim! – man in a position of power, an object of desire even more forbidden than her beloved sweets. Their ambiguous relationship evolves, taking an unexpected and unclear turn.

Hope is full of brilliant observations and truly insightful moments, another acutely accurate and uncomfortable sketch of contemporary society. Seidl claims not to make his films intentionally funny, but there are several irresistibly hilarious moments bursting with absurdities and ironies found in everyday reality. (You’ll never be able to look at “If You’re Happy And You Know It” the same way again.)

Seidl is one of the masters of “happy-sad” storytelling. This time, however, his world lacks structural and emotional clarity; it seems unable to hold and articulate its content effectively, and Melanie’s journey dissolves without any significant impact. Even casting, great as usual, doesn’t seem to work as well as usual here. Lenz’s vulnerability is set against Joseph Lorenz’s theatrical acting, a contrast that undermines both and fails to resonate. Hope is, sadly, the weakest link in Seidl’s unholy trinity.

One thought on “‘Paradise: Hope’ Is An Unshapely Fat Camp Prison Movie”