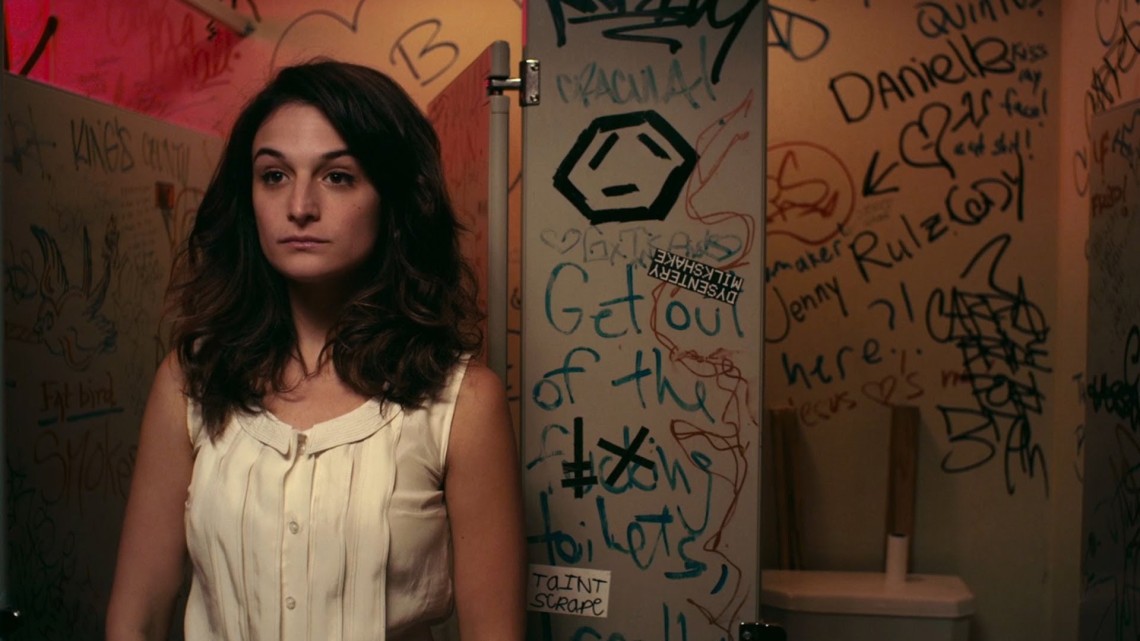 Writer-director Gillian Robespierre’s Obvious Child is a very funny romantic comedy that centers on the issue of an abortion. Depending on where you stand, this is the kind of subversive entertainment we are finally allowed to have in 2014— or, conversely, this is the kind of moral degradation we have arrived at. Take your pick. But let’s back up a bit.

If Obvious Child blows up, which it hopefully will, we may look back on it as a film that summed up much of this decade’s cultural landscape. You can draw a kind of map to it. Young filmmakers in the 2000s mash-up the ennui of Godard and The Graduate with the chatty tragicomic heroes of early Woody Allen. The wandering millennial emerges as a kind of stock character in movies like Garden State and Lost in Translation, and then in the work of Noah Baumbach and Lena Dunham (and a host of indie copycats). Meanwhile, Judd Apatow revives the hard-R comedy— dick jokes now accompanied by requisite “heart.” 2007 sees the release of three unexpected pregnancy comedies: Juno, Knocked Up, and Waitress, all of which end with a birth. 2011’s Bridesmaids busts open the door for the women’s raunchy comedy and launches the career of Melissa McCarthy. The critical success of the standup dramedy in Louis CK’s innovative series Louie or Mike Birbiglia’s feature Sleepwalk with Me invites comedians to explore fictional storytelling beyond the Seinfeld model. And we have Buzzfeed and Upworthy and Jezebel and Thought Catalog coursing through the veins of the Internet, providing us with endless lists about slumming it as an urban twentysomething (accompanied by Bridesmaids GIFs) and an onslaught of videos and articles that will not rest until every millennial embraces the label of feminist.

This is the stew in which Obvious Child has been marinating. There is a certain sense of inevitability about it— it is so of-the-moment that it can’t help but feel familiar. But Obvious Child flits from belly laugh to belly laugh on the strength of its delightfully shocking dialogue and a freewheeling lead performance by Jenny Slate. It’s a filthy, warm-hearted little movie that does exactly what it sets out to do, and what all good comedians set out to do: to find the healing laughter that makes it all bearable.

Donna Stern (Slate) is a mid-twenties comedian living in New York. The film opens on her standup act, and the vagina jokes make it immediately clear that this is not going to be everyone’s cup of tea. A couple minutes in, she cheekily asks, “Anyone need a barf bag?” From the way that she jabs at her boyfriend in the set, we can tell that she keeps her commitments at a sardonic distance, humor used as a defense against pain. But in the next scene, as she receives a direct rejection from the man she was just mocking, she calls him out for distancing himself too: “Are you such a dick that you’re looking at your phone while you’re dumping me?” Robespierre’s script addresses the millennial struggle between irony and sincerity with a deft but light touch. 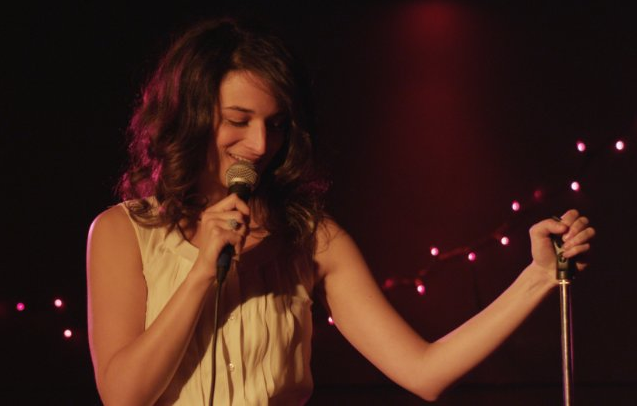 Soon, after losing her day job at the local “Unoppressive Non-Imperialist Bargain Books,” Donna goes into a tailspin. She takes to stalking her ex, drinking heavily, and bombing onstage. Slate works her way through this weepy phase with a twinkle in her eye, but it isn’t until a very drunken night at the comedy club that we see her skills in full force. Slate has a pinched little voice, a long frizzy mane, and a potty mouth, but her brand of funny is much different than the calculated, grating barbs of someone like Sarah Silverman. Slate is an adorably loose cannon. When Donna meets an affable hunk named Max (Jake Lacy) at the bar, she turns on the charm, nibbling intensely on her cocktail straw. Her banter with Max seems spontaneous—like real conversations between wits, you never know where it’s going to go. And despite her flair for fart jokes, Slate has a sneaky cuteness that won’t quit. When Donna and Max head back to his apartment for sex, Robespierre stops for a full-on dance sequence to Paul Simon’s effervescent title track—and you get the sense that the dance party was Donna’s idea. The camera becomes fluid, like it’s their third dance partner. At one point, Donna goes in for a kiss but then pushes away to execute a gleeful dance move. This is a portrait of a woman who has to have enough freedom to pull away and laugh.

Obvious Child is a movie about what it’s like when bad things happen to fun people. When Donna finds out she’s pregnant, the decision to get an abortion isn’t tortured, but it isn’t mindless or joked off either. She talks about it with her friends and parents, finding solace in her mother’s story of her own abortion when she was in college: “Sometimes I think about it and feel really sad for my younger self, but I never regret it.” And the scene where Donna goes to get the procedure done is just tender and sad enough for us to know that, even for a funny lady, these decisions are deeply felt.

The subversive thing about Obvious Child isn’t that it jokes about abortion—with one exception, it truly doesn’t. The movie is subversive because it takes its uncomfortable (but all too common) pregnancy scenario and makes it the subplot.  The question isn’t whether Donna is going to go through with the abortion—the question is whether and how she’s going to tell Max, and whether she might be falling for him. The movie is about the way sex can entangle you in the fate of a person you barely know, even when you don’t end up having a child together.

So for all the ways that Obvious Child will probably be politicized, it isn’t an intentionally political film. It simply exists in a world where the choice to end the pregnancy is the only choice that makes sense to its protagonist, in the same way that having the child was the only choice that made sense to Alison in Knocked Up. These pregnancy comedies rightly avoid heady debate, because they’re here to tell individual stories. “Right to life” and “reproductive rights” are big conceptual phrases that don’t capture the reality that pregnancy is a personal, emotional event that happens to one specific woman at a time. The time was right for this story to be told in the idiom of the wandering millennial, but only if the storytellers were able to create a woman full and weird and individualistic enough to carry such a story. Thankfully, Donna Stern fits the bill.

I can’t wait to see more from Gillian Robespierre. For a debut feature, Obvious Child is remarkably full of rich supporting characters, and Robespierre has a talent for building a believable social background for her style of comedy. I laughed hard and frequently—the dialogue kept finding ways to pull the rug out from under me. More vehicles for hilarious women like this, please. Though hopefully Robespierre and Slate have more characters in them than just the floundering NY postgrad, this is a radiant start.

If we’re lucky, this will be a sleeper hit. Why deny the obvious, child?