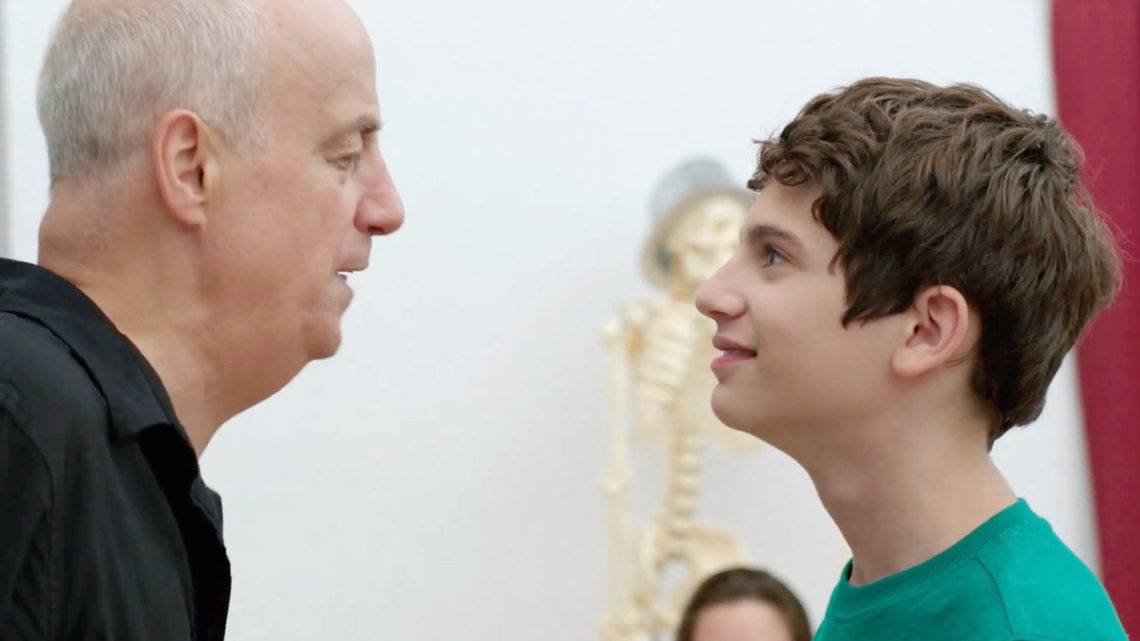 In the midst of summer blockbuster season, when multiplexes are overcrowded with bright, noisy commercialized fare, often featuring comic book characters saving the world or yet another remake or reboot or adaptation of a popular property, it’s tempting to overpraise the “small film.” In theory, small films don’t try to win audiences over with flash or gimmickry, but substance that compel them to the edge of their seat. Instead of eagerly courting attention with the familiar, they demand it by showcasing the unfamiliar, or at the very least, the less common. But it’s easy to believe small films inherently promise quality because of their relative size, that they’re better just because they don’t feature, say, a roving band of supervillains who look edgy and crack wise. The truth is the best small films always contain big ideas. They just have a way of presenting them that never compromises its scale.

A small film with a big heart, Ira Sachs’ Little Men captures in tandem the intimate beauty of young friendship; the awkward, imbalanced relationship between two “neighbors,” one a tenant and the other an owner; and the personal messiness of gentrification and how it throws good people into ugly situations. It’s frequently astonishing how much ground Sachs and his talented cast cover in just an 80-minute running time, especially since the film never comes across as overstuffed or ungainly. The narrative proceeds organically from an unexpected tragedy to an uncomfortable situation that swallows two families whole and threatens to destabilize an innocent bond between two kids. It conveys power and grace not with histrionics, but with things unsaid and scenes that occur out-of-frame and difficult emotions thrust upon people not quite ready to handle them.

When his grandfather dies, 13-year-old Jake Jardine (Theo Taplitz) moves from his Manhattan apartment to his grandfather’s in Brooklyn with his struggling actor father Brian (Greg Kinnear) and psychotherapist mother Kathy (Jennifer Ehle). When they’re moving in, they meet single mother Leonor (Paulina García) who owns a dress shop below the apartment and lives with her son Tony (Michael Barbieri). Jake and Tony becomes very quick best friends, bonding over video games and their shared artistic passions—Jake is an aspiring painter, Tony an aspiring actor—but their relationship falls into disarray when their respective parents become embroiled in a passive-aggressive housing dispute. Despite their neighborhood’s ever-increasing property values, Brian’s father kept Leonor’s rent at a low price because he liked her and her store, but to afford their own property, Brian and Kathy are forced to raise Leonor’s rent. The two families unintentionally but necessarily bring their children into their dispute and, by the end, no one leaves emotionally unscathed.

Sachs presents the film’s complex situation with delicacy and care by adopting a humanistic approach. Above all else, Little Men radiates empathy, refusing to caricature any character as two-dimensional or use them as political mouthpieces, even when they’re clearly on two sides of a class divide. Brian and Kathy like Leonor and Tony, and both families initially bond quite nicely, but they have a primary responsibility to themselves since Kathy has been single-handedly providing for the family because Brian’s acting career has stalled. Yet Brian and Kathy are owners to Leonor, and their rent request is too much for her to bear. She has no recourse other than to nastily respond to them with jabs about how she was closer to Brian’s father than he was, or underhanded snark about how Kathy has the luxury of taking one day off a week, or in an especially cruel moment, a reveal that Brian’s father was embarrassed by his son and his inability to provide for his family. Without financial leverage, Leonor is left to sit in judgment, smoke her cigarette, and hurl petty insults towards her new neighbors. It’s not much of a fight, but it’s enough to get under their skin just a little bit. 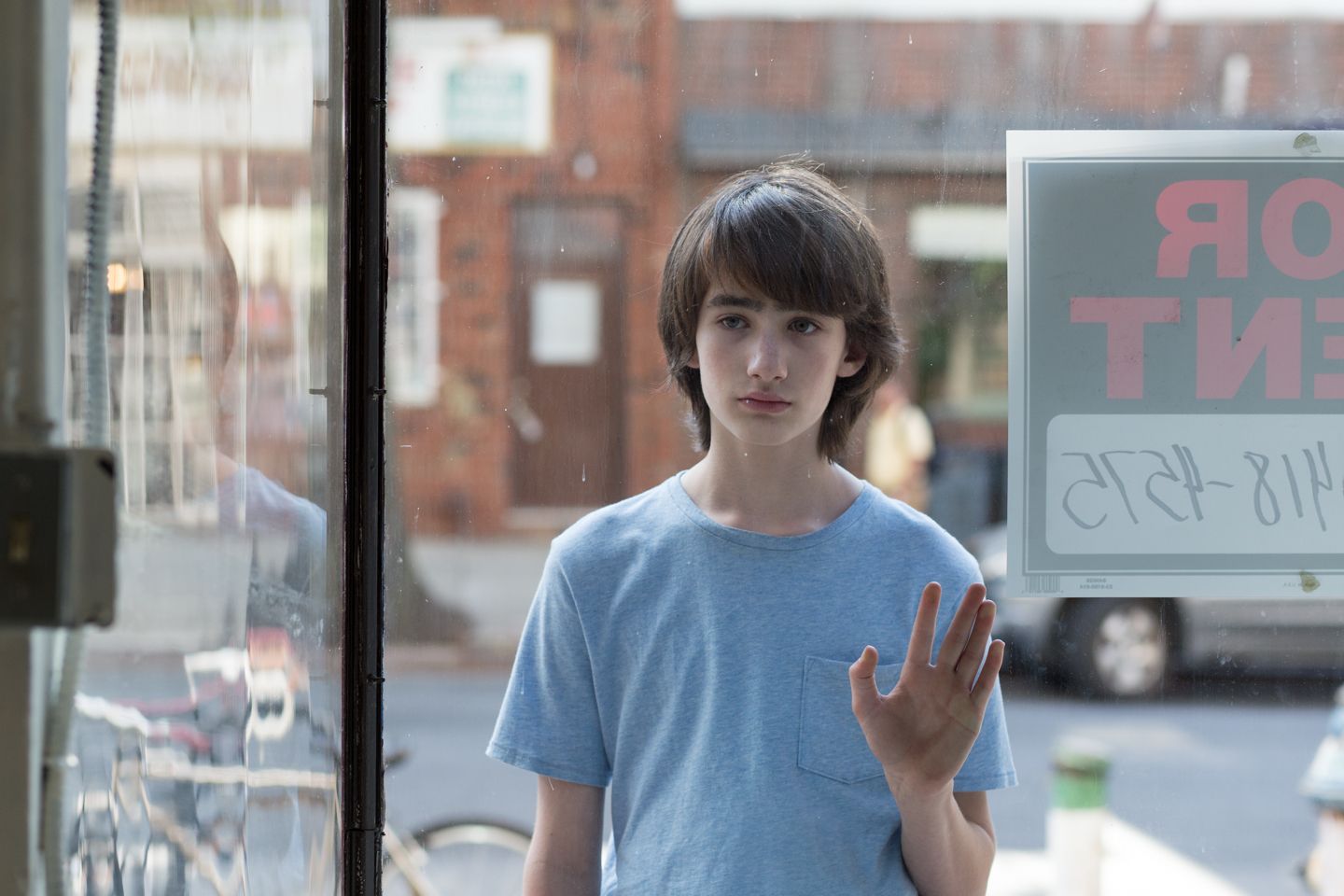 Sachs and co-writer Mauricio Zacharias’ script nicely complicate the circumstances by imbuing the characters with self-awareness. Brian and Kathy are noticeably uncomfortable whenever they have to pull Leonor out of the store to discuss money because they know Leonor has the moral high ground and that they’re in a relative position of privilege. This comes through best in the performances, most obviously with Kinnear’s sad, disappointed eyes dominating the frame every time he’s on screen, like when he takes the brunt of Leonor’s verbal taunts, and also Ehle’s eggshell-walking delivery when she tries to assert her position to Leonor. And while Leonor may spout underhanded comments to the couple, she’s undoubtedly aware that she was given a free pass by an old man for many years, and that a misguided effort to guilt her owners into letting her stay is better than rolling over. García comparatively isn’t given as much to do as Kinnear or even Ehle, but her passive desperation somehow takes up the film’s air without suffocating her fellow actors. Leonor’s anxiety-stricken face before her first meeting with Brian speaks volumes about the character’s state of mind, especially since it precedes the beginning of her guilt trip.

But Little Men succeeds almost entirely because it keeps the adults in the margins and tells the story mainly through Jake and Tony’s eyes. Shy but artistically gifted, Jake immediately gloms onto Tony, who speaks precociously about everything and longs to escape his modest trappings. (Both Taplitz and Barbieri are absolutely wonderful.) Sachs gets so much right about first close friendships, and how it’s easy to simply spend all your time with the other and shut out the world around you. Most of their time together is spent riding around the neighborhood, sitting in front of the TV, or begging their respective parents to hang out so they can ride around the neighborhood or sit in front of the TV. Blithely unaware that they’re friendships is predicated upon location and circumstance, they harbor the casual confidence of a duo that believes they’ll never be broken up. When they both decide to stop speaking to their parents until they settle their dispute, it’s a symbolic bonding act meant to demonstrate that their parents can’t come between them.

Of course, they eventually do, and when Jake and Tony respectively break their silences, it’s devastating simply because they’re unable to ignore the adult concerns crying out in their periphery. Neither quite grasps the complete gravity of their situation—the class struggles, the grown-up resentment, the utter fear of change. All they know is that their friendship has been placed in utter jeopardy by people whom they otherwise love. Though Sachs had a chance to pull some saccharine Hollywood nonsense in the home stretch, he opts for a much more muted resolution to the entire affair, one that’s insightful about how much kids persevere in spite of their adolescent pain and how much they feel even when they don’t have the tools to express it.

Little Men has flaws, like Kinnear’s on-the-nose outburst in the back half or a strange detour at a kid’s dance club that doesn’t quite fit with the rest of the film, and one can argue that it’s way too restrained for a story about gentrification. Yet Sachs conveys so much wisdom in his film that these minor problems hardly even matter. He has an innate understanding of his characters and gives them enough life and history for them to exist in the mind long after the end of the film. His evident facility with actors engenders their tender, natural performances. Behind the camera, he communicates a scene’s essential information concisely, employing a style that doesn’t call attention to itself unnecessarily but isn’t hollow either. Moreover, Little Men takes seriously the idea that good intentions have inherent limitations in a zero-sum world, and that parents compromise their children’s innocence all too often when it comes to their own well-being. That’s pretty impressive for a summer movie, especially a small one.