(Note: With a lack of notable expiring titles over the course of next week, this week’s column will include two new additions to Netflix streaming, plus a catalogue title. Additionally, last week’s two expiring titles, Slacker and Metropolitan, apparently got their streaming licenses renewed and are on US streaming for the foreseeable future.) 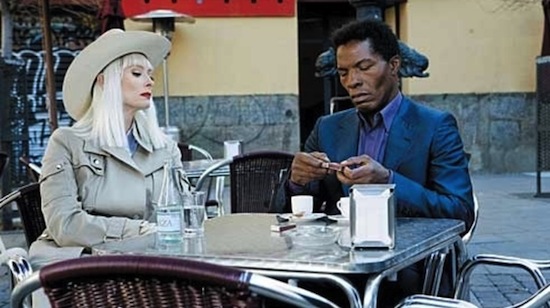 Jim Jarmusch’s mysterious hitman film is so abstract it makes Le Samourai look like Pulp Fiction by comparison. Cinematographer Christopher Doyle brings vivid color and smooth movement to Jarmusch’s normally monochromatic (or at least muted) aesthetic, though the mystery and ambience the director has long coded into such films makes their pairing a pleasingly snug fit. If Melville’s aforementioned film distilled a genre to its essence and has largely been the foundation for subsequent killer films, The Limits of Control distills its impact, an enigma of a film that comes into focus primarily when referencing other movies through mise-en-scène and even dialogue. A special appearance by Bill Murray as, effectively, Dick Cheney only serves to further clarify and confound. A postmodern update on a modernist update, The Limits of Control is obscure, but also one of Jarmusch’s finest. — Jake Cole 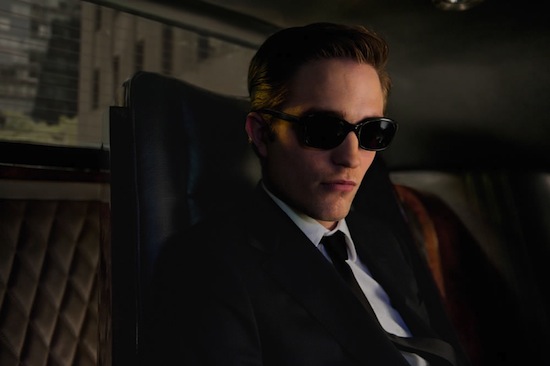 Croneberg’s post-millennial work has transferred his body horror into more subliminal forms, from the histories of violence etched in ritualistic tattoos in Eastern Promises to Keira Knightley’s seizure-locked jaw in A Dangerous Method. In Cosmopolis, he at last transfers the disfiguring element into the camera itself, which pushes digital to its most un-filmic and looks for the most alienating compositions possible to create a garbled visual language to match the foreign spin on English spoken by the elite at the film’s core. Whether Robert Pattinson truly dialed into the 1%-er remove of Eric Packer or Cronenberg used him like a Bressonian model, the actor perfectly fits the bill of a man who has made billions in a world that moves so fast he fears obsolescence before he even hits 30. Somehow it emerges as great comedy, with lines like “You reek of sexual discharge” comfortably sandwiched among impenetrable treatises on a world eating its own economic intestines. — Jake Cole

Often dismissed as a knock-off of Scorsese’s own Taxi Driver, Bringing Out the Dead is instead one of his most passionate and personal works, a perfect marriage of the style-venting exercises of After Hours and Casino and the richness of character and desire embedded in his deeper works. And if the film does recall Taxi Driver, it also updates Scorsese’s mad tour of New York in a crucial area: Travis Bickle, for all his inchoate rage, at least has control of his vehicle, but Nic Cage’s Pierce is a passenger, at the mercy of his erratic ambulance drivers. And where Bickle, Henry Hill, Bill the Butcher et al. seek to carve out their space through destruction and consolidation, Pierce simply wants to help people. In the suppurating wound that is Hell’s Kitchen, that messianic urge can drive a man to depths of insanity that could cow even Travis. — Jake Cole

(Note: This week there were no good additions, and no interesting titles expiring, so instead here are three Catalog Titles organized around a theme. The theme? Go Watch Some TV.)

Chris O’Dowd, Richard Ayoade and Katherine Parkinson star in this hilarious TV series from across the pond. The series begins with Katherine Parkinson becoming the manager of the IT department. The show is often broad, and it’s shot in front of a live studio audience, but the writing and performances are often incredibly funny. Ayoade’s character, Moss, is the highlight of the show, but O’Dowd proves himself equally great as a total goofball. The episode in which the character go to a musical called Gay: A Musical is one of the funniest half hours out there. – Corey Atad

A recently separated man living in Chicago starts getting his newspaper delivered by a mysterious cat. The newspaper is special, though. It’s tomorrow’s paper, giving the news of today before it happens. The man uses the newspaper to stop crimes and save people’s lives. That man? A pre-Friday Night Lights Kyle Chandler. It’s a wonderful show, and one I caught in syndication. It’s not the kind of show you’ll want to watch from start to finish, but stick on a random episode and you’re sure to be entertained and have your heart warmed. – Corey Atad 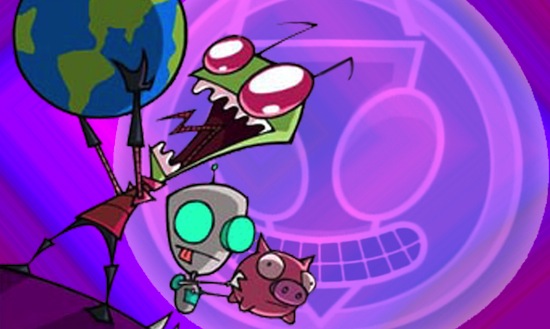 Absolutely one of the most insane, off-the-wall animated shows for children ever produced. I one marathoned the entire series in one day with a group of friends. By the end of it we were in a daze. Our brains were melted. The series is about Zim, an alien who has come to Earth with the mission to conquer and destroy the planet. His failure to do so is the core of the series, and as you can surely imagine, things often go bananas. Not every kids animated show is great, but the best ones tend to play on a certain level of absurdity that adults may actually enjoy even more than kids. Invader Zim is just such a show. – Corey Atad