Note: as Netflix purged a great deal of content from its Instant service this morning and does not look to delete much in the next week, and as not much of note has been recently added, all three U.S. picks will be catalogue titles. 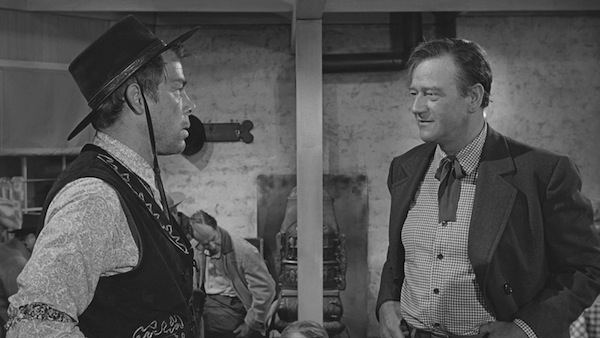 My second attempt to get into the work of perhaps the greatest of all American directors, John Ford, has proved infinitely more rewarding than the naïve, unprincipled viewings I gave to some of his films as an impatient late-teen. His contradictory cinema—sentimental but cynical, Expressionistic but naturalistic, elegiac and dismissive—is perhaps better embodied elsewhere, but The Man Who Shot Liberty Valance may be his crowning achievement. Where The Searchers always looked out of doorways, Valance gazes inside, at the halls of power, and at love gradually slipping away from one’s own inaction. The compromised establishment of history that manifests in various ways from Young Mr. Lincoln to Fort Apache gets its bleakest display here, perhaps because, unlike the heroic Lincoln or villainous Custer stand-in, “the man who shot Liberty Valance” lives to see his life turned to myth. — Jake Cole

Carpenter’s loopy chamber horror has been underrated by many, including yours truly. But what at first glance seems a too-silly Satanic knock-off of Assault on Precinct 13 eventually comes to resemble Carpenter’s masterpiece. Donald Pleasence gives an uncharacteristically and chillingly reserved performance as a Catholic priest who can contain his order’s dark secret no longer, while Carpenter’s own reserved direction has never produced so powerful a feeling of dread. The middle film of Carpenter’s Lovecraftian “Apocalypse Trilogy” (with The Thing and In the Mouth of Madness), Prince of Darkness is the smallest in scope but the greatest in its apocalyptic implication. — Jake Cole 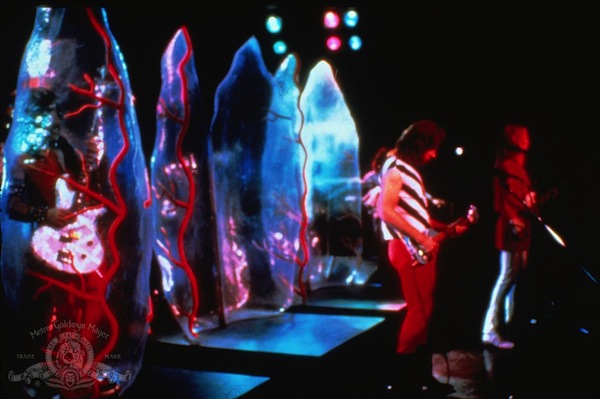 Few comedies only ever get funnier with each viewing, but one that does must surely be this still-lacerating look at the travails of a rock band whose quest for relevance is well into the stage of “faltering.” The grim backdrop of every scenario, every improvised line and perfectly awful song lyric—that of an elephantine group faced with daily reminders of their sad, unremarkable mortality—makes for an experience as unbearable as it is funny. Indeed, many musicians see the film as much as a tragedy as a comedy for the truth in its constant deflation of egotistical swagger. It’s the kind of film that should not even be deleted from the queue when finished but left in there for easy access when the urge to rewatch it inevitably strikes. —Jake Cole

Note: Nothing good added, nothing good taken away, this week it’s all catalogue picks once again. 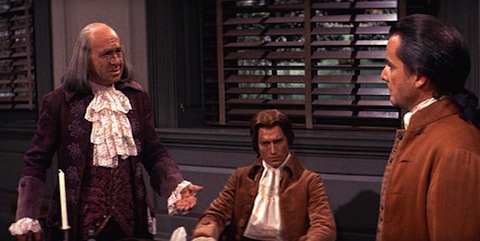 Because what better way is there to learn American history than through hammy acting and silly musical numbers? I jest. 1776, though long and very theatrical, is a delightful film detailing the crafting of the Declaration of Independence. You’ve seen it stolen by Nicolas Cage, but watching John Adams sing about it is nearly as fun and only half as ridiculous. Probably the best aspect of 1776 is that despite its total lack of realism, the film actually gets across an accurate understanding of the trials and tribulations of the Continental Congress. And much like Lincoln, this movie wrings quite a bit of suspense out of votes we already know the results for. – Corey Atad 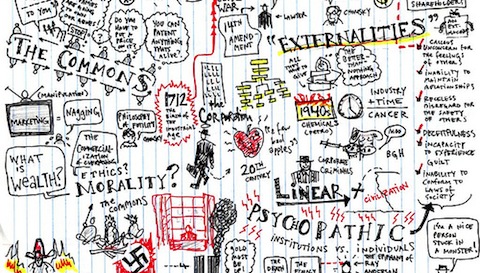 Alright, these are supposed to be Canadian picks, so why would you want to learn about American history? Well, Netflix doesn’t offer much in the way of Canadian history, so instead, how about a Canadian-made documentary about the evils of corporations (mostly American ones)? The Corporation somewhat overlooked. Sure, it did very well for a documentary, but this one really deserves to be seen by everyone. Essentially, the film lays out the case that corporations are granted many of the rights of people, but that if they were human they’d be psychopathic. Not only is the film convincing in its thesis, but it delves very deeply into how corporations work, what’s potentially scary about them and how they can be very good actors in a society. In the hands of more activist filmmakers, The Corporation might have been close to a communist screed, but instead Achbar and Abbot create an awareness that corporations must be regulated and regulated well in order to play a positive role in the world. It’s an excellent film and one that’s become even more relevant in the years since its release. – Corey Atad 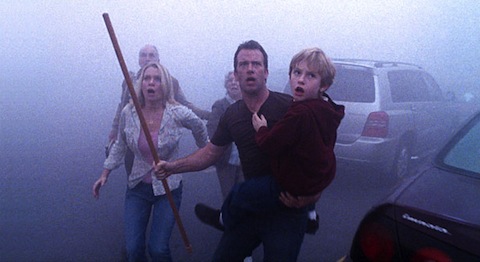 One of the most cruel and divisive endings to a film ever, and a preceding two hours of excellent old school horror. The Mist, based on a book by Stephen King and adapted by Frank Darabont, is a classic style creature feature. It’s got plenty of scares, a bunch of creepy looking monsters, but most of all it’s a taut portrait of human beings faced with the unknown. Watching as these townspeople attempt to survive together, only to be torn apart by their own irrationality is fun and thrilling. It’s the best kind of horror. B-movie thrills with a few high-minded ideas to make it all worth it. Oh, and that ending is sure the get a reaction out of you. – Corey Atad