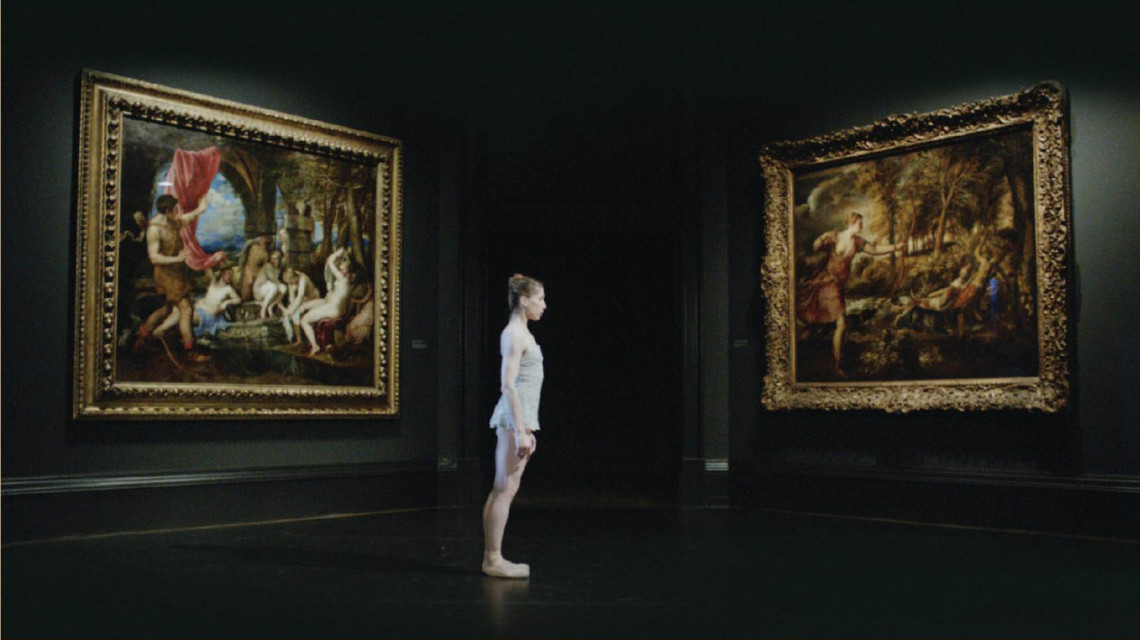 Aside from Jean-Luc Godard, it’s hard to think of an octogenarian auteur who remains as vital and intellectually playful as 84-year-old documentary master Frederick Wiseman. Both are having banner years: first Godard with his astonishing, form-bending Goodbye to Language, and now Wiseman, whose National Gallery whips up its own rigorous dialogue on art and the ways of perceiving it. An immersive, 3-hour tour of the venerable British art institution, it’s the rare film that not only explores rich ideas on screen, but sparks conversation with its audience about the nature of perspective—both on the art and, by extension, the filmmaking itself.

Opening with a visually gripping montage of some of the gallery’s more famous pieces, Wiseman then cuts to a lone cleaner vacuuming the floors after hours, wryly announcing his utopian mandate to offer up the highbrow as a living, breathing ecosystem. From the general public and students, to curators, academics and behind-the-scenes art restorers, the camera moves gracefully across the gallery’s varied patrons and employees to create an effortless portrait of past engaging with present.

National Gallery doesn’t seek to be a definitive tour of the institution, however, even as it covers an enormous cross-section of the gallery’s exhibits and people. As always, Wiseman’s film moves with the eye of its creator, gliding, weaving, hovering over details, moving in on subjects in conversation and slipping away unnoticed. It may simply be that Wiseman’s eye is so attuned to the universal—which make his documentaries so exemplary of the form. One moment, the film will eavesdrop on board meetings concerning corporate sponsorship; the next, depict the wonder of elementary school kids responding to the storytelling in a painting. It isn’t entirely flattering, either: during one scene, a tour guide is seen reminding her audience about the troubled history of slave money tied up in some of the exhibits, an almost-casual aside that’s doubly effective for the subtlety with which it appears.

Much of the film’s art-spectator dynamic can’t help but recall Jem Cohen’s Museum Hours, a familiar if enduring thesis that gets a fair working through here. It’s when National Gallery takes a turn for the deeper recesses of art preservation and restoration that things really get interesting. By taking us behind the scenes with the artists working on touching up and maintaining the gallery’s works, Wiseman offers a revealing glimpse into how authorial intent is shaped by both the physical and figurative ways a work is interpreted. In one scene, for example, a curator muses on whether or not the inclusion of a skull in a portrait hinted at a murder confession on the part of the painting’s subject. In another, an X-ray of a Rembrandt offers a radically transformative vision: within the picture’s negative space, a completely different work is revealed to have been painted over, suggesting the existence of an entire Twilight Zone of parallel art in the gallery. It gives a whole new meaning to there being more than one way to see a painting.

This angle on the tangible aspects of the artwork plugs directly into Wiseman’s engagement with the gallery as a physical and communal space, where the paintings themselves are ultimately—and ironically—more alive than their audience. During the film’s ineffable final hour, Wiseman observes a curator waxing lyrical on the ability of painting to capture and preserve a moment in time, be it real or imagined. Thus, he notes that—while inadvertently paraphrasing Matthew McConaughey in Dazed and Confused—even as their audience changes, the pictures remain the same. It’s an elegiac sentiment that suggests the generations the art will see pass by and remain indifferent to, and there’s something similarly timeless about National Gallery’s back stretch, as though Wiseman’s camera had itself passed to the other side of a two-way mirror to bear witness to the quiet passing of modern civilization.

Or so it feels, anyway. The beguiling power of Wiseman’s filmmaking is that, even at its most deceptively “observational,” there’s an incisive mind at play assembling the pieces of puzzle that only later comes into focus, and it’s a testament to his skill that not one of National Gallery’s 180 minutes is anything less than essential. Even relative to such a rich filmography, this is one of his best.