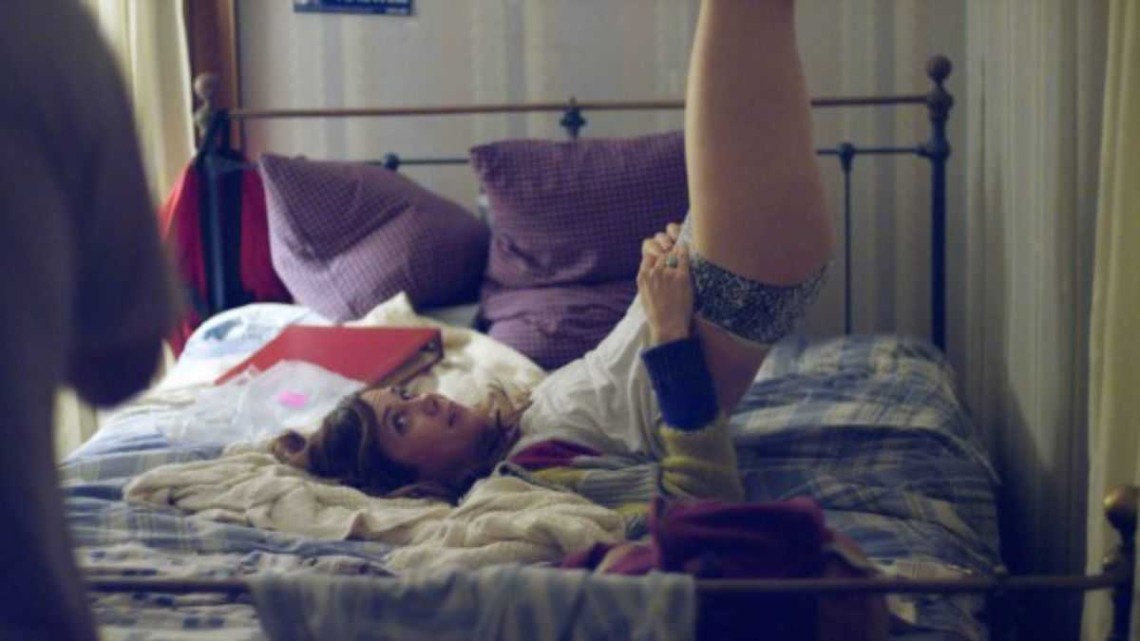 “Nasty Baby” Is A Weird Beast of a Film

Following Crystal Fairy & the Magical Cactus and Magic Magic, Chilean writer/director Sebastían Silva once again treads softly around the rare intersection of drama, suspense, and comedy with his latest film, Nasty Baby. Displaying a consistent knack for creating situations that are welcoming yet seemingly dangerous in equal measure, Nasty Baby is a weird beast of a film, building and then delivering on its heartwarming premise in its first two acts only to surprisingly wander off into (heretofore gently teased) dark avenues in its final third. At first glance, there doesn’t seem to be much rhyme or reason to why bad things happen to good people in Silva’s Brooklyn-based universe—but the same could be said about life itself with all its day-to-day apprehensions, which Silva is first and foremost concerned with interpreting. Thus, like any out-of-nowhere, grim life event would do, Silva’s sudden departure from the happy to the bleak capably catches the viewers off-guard, with a (perhaps a bit too) severe amount of despair and gruesomeness on display in the film’s conclusion.

With this, I’m only aiming to warn you that Nasty Baby won’t exactly be what you signed up for—and this is partly good news. On paper, the film undertakes affable, heart-warming and decidedly liberal subject matter. Freddy (Silva) and Mo (Tunde Adebimpe) are a committed, Brooklyn-based gay couple that desperately want to have a baby and shared parenthood with their best friend, Polly (Kristen Wiig). Having tried it for a long time with Freddy, Polly feels gradually more frustrated with their failed attempts, but for some reason can’t convince Mo to use his sperm instead. Meanwhile, the innovative artist Freddy is buried deep into creating an abstract performance-art project—called “Nasty Baby”—in which he acts like a baby on camera, thus spending a lot more time than his partners do thinking about a newborn. Fending off nosy neighbors and a local crazy named “The Bishop” (whose acts against the trio range from annoying to perilous), the partners-in-crime (some pun intended) find themselves face to face with pending moral and ethical decisions no sane person would want to make.

In this urban tale of micro and macro living arrangements—in which couples, friends, neighborhoods, and extended families come into play—Silva explores how certain pieces of society fit together in various contexts, but also act up against and immobilize one another in others. Familial love can be felt in abundance between Mo, Freddy and Polly; additionally, warm and compassionate moments are offered up during neighborhood chats and video conversations between Mo and his mother. In the film’s finest scene—full of casual yet sneakily rich dialogue that embodies the film’s domestic themes—Mo, Freddy, and Polly find themselves having to answer to Mo’s slightly unconvinced family during a dinner gathering and explain why they want to raise a child together, and how their collective love and support would help them be better parents.

But not everything is roses and sunshine. When The Bishop finally pulls his last trick to an exasperated Freddy, Nasty Baby punishes all characters involved for the poor choices they are forced to make in an elaborate finale. Though the dismal events and their traumatic aftermath still feel somewhat unearned, Silva makes enough use of previously hinted anxieties among the trio for this sudden shift to come off as something other than a mere cheap shock tactic. With the help of the confident work of the ensemble cast, Nasty Baby makes its transition from the happy world of the hipster-dominated, organic, artistic streets of Brooklyn to a dark and grim offshoot with ease, thus helping Silva’s pensively shot metropolitan dream-turned-nightmare rise above the typical quirky-indie crop.