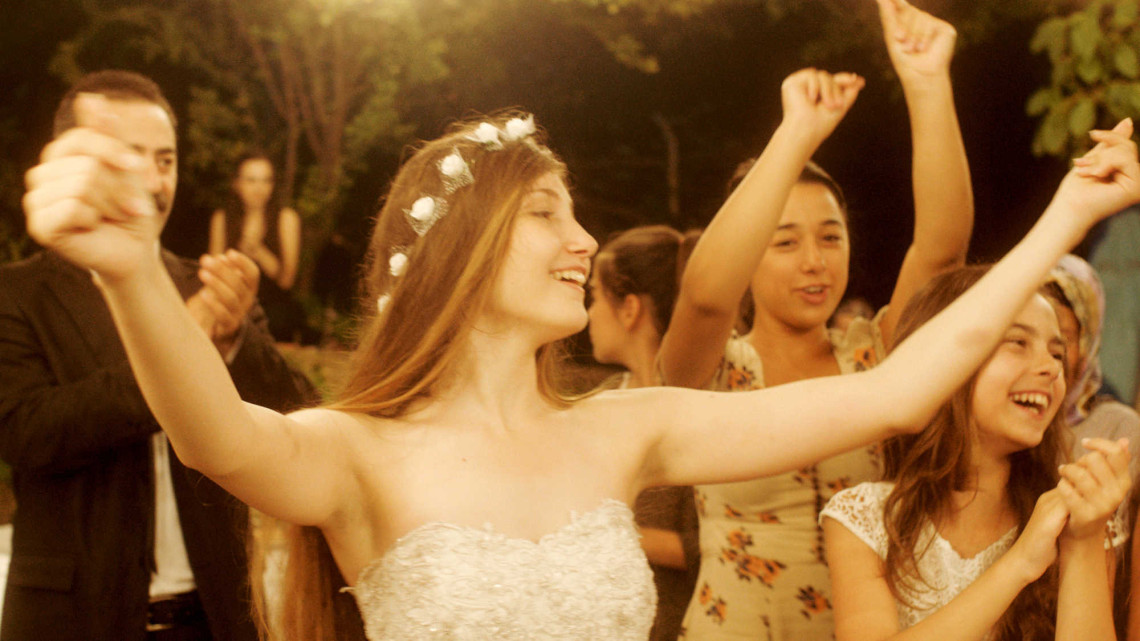 “Mustang” Is Joyous, Beautiful, and Heartbreaking

It is not every day that phrases such as Islamic extremism and light-hearted fun can be used in the same sentence. Looking at the misogynistic, archaic thinking of religious communities through the lens of comedy is a tricky balance, and even more so for a debut filmmaker. Yet, that is just what Deniz Gamze Ergüven does in her joyous, beautiful, and heartbreaking first film, Mustang.

Mustang begins with Lale and her four older sisters on their way home from school on a sun-soaked afternoon in rural Turkey. Before reaching their destination, they play around in the water at a beach with their classmates, some of them boys, fully clothed. The scene and the kids are youthful and full of energy. If anything about their excursion is conspicuous, it’s their childlike innocence, but when a neighbor notifies the girls’ grandmother of their beachside diversion, they are punished and locked inside their sprawling house, banned from attending school again.

Lale, Nur, Ece, Selma and Sonay live with their uncle and grandmother, having lost both their parents. The environment of the house becomes increasingly oppressive, its day-to-day proceedings resembling, in Lale’s words, “a wife factory.” The heartwarming and commendable defiance of the girls is met with increasingly oppressive measures. Sneaking through the windows to see a boyfriend or attend a football match is met with the installation of iron railing against the windows to lock the girls in. What begins as a seemingly temporary punishment for inappropriate behaviour takes on a progressively sinister face as the family plunges deeper into the routine. If the cooking and sewing lessons appear to be a substitute for formal schooling at first, they gain new meaning when the family matriarch allows suitors into the house for her teenaged granddaughters.

Ergüven gets remarkably powerful performances from this cast of newcomers. Each actor creates a fully realized, layered character that merits their own individual narratives. As a group of strongly bonded sisters, they share their anger, grief, and rebelliousness in harmony. Ergüven further shows a deft hand at conveying the dark subject matter with a light tone. Her film exposes the systemic failures of many rural, religious communities across the Middle East, where anachronistic ideas about femininity and chastity still persist. She discusses the traumatic consequences and suicidal tendencies of repression and forced marriage on young girls. Yet, the film projects nothing but warmth and light onto the audience. Despite the final turn of the plot succumbing to a rather hokey escape and chase set-up, the narrative’s conviction that the desire for freedom will be triumphant is quite empowering.

Mustang would be a brave film for any director, but particularly so for a Middle-Eastern woman making her first film. Being from Turkey—a country where, much like the rest of the region, the burden of representation is always heavy on the shoulders of artists—telling the story of women’s oppression so boldly is no easy feat. Ergüven’s intimate treatment of the material and the complexity with which she portrays the young girls’ growth and liberation make this one of the most compelling feminist films of recent years.