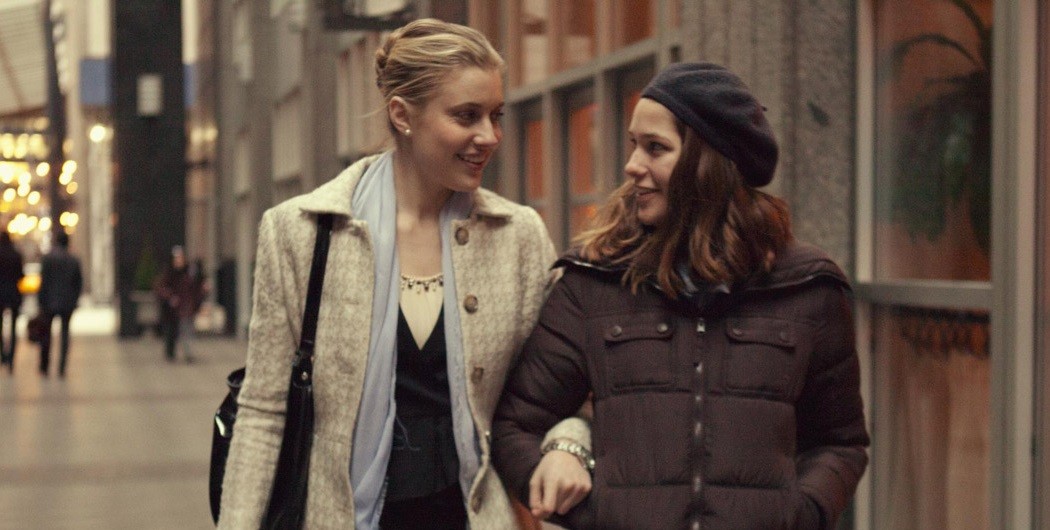 In Mistress America, writers Noah Baumbach, who also directs, and Greta Gerwig, who also stars, have harmonized their distinct voices into something marvelous. Millennial communication patterns—a constant, rapid shuffle between angst, oversharing, self-mythologizing, self-abasement, insincere social ritual, and sincere shared enthusiasm—slot incredibly well into the framework of a screwball comedy. Though that suggests a classic-Hollywood throwback, this story thankfully feels fresh and original.

Gerwig plays Brooke, a just-turned-30 New Yorker who does “everything and nothing,” as her soon-to-be-stepsister Tracy (Lola Kirke) puts it. Tracy, a freshman both at Barnard and in the city, is instantly enraptured by Brooke, and the pair are soon inseparable. Tracy becomes a fully willing sidekick in late-night escapades, spin class, and various moneymaking ventures, such as Brooke’s planned restaurant which will definitely be so much more than just a restaurant. To the lonesome, awkward Tracy, Brooke’s supreme self-assurance (“I know everything about myself. That’s why I could never do therapy”) makes her an enticing role model. It’s not until a money crisis moves the pair to confront Brooke’s “enemy,” Mimi Clare (Heather Lind), in her giant Connecticut house that their friendship starts to be tested.

That’s also when the film goes from great to greater, as the mostly small-scale back-and-forth between Gerwig and Kirke expands to a dizzying series of interactions between nearly a dozen characters over the course of one afternoon. The bustling activity is restrained just one degree below madcap, chaos that remains excitingly comprehensible under Baumbach’s assured hand and editor Jennifer Lame’s skillful cutting. At least every other line is a winner here; there’s probably no denser accumulation of quotables in any other movie this year (“Do you know what an autodidact is? That’s one of the words I self-taught myself”). And Baumbach’s eye for visual comedy is acute as well. One of the biggest laughs comes from a transition that brings a roomful of people from hectic bickering to unified peace, as they simultaneously pore over a short-story manuscript with quiet, utmost seriousness.

In this maelstrom of arguments and impromptu business pitches, Mistress America’s main theme comes forth clearest. It’s the contrast between not knowing what the fuck you’re doing in your teens/20s and not knowing what the fuck you’re doing in your 30s: There’s a higher margin for error and hope in the former age group than there is in the latter. Though Brooke and Tracy are thrown together by odd circumstance, they make for a fitting duo regardless. But they fall out over the revelation that, while Tracy looks up to Brooke, she definitely doesn’t want to become her, and thus does Brooke’s carefully constructed facade of confidence starts to crack.

This is a world in which all the adults are projecting. It’s no accident that the events of the film play out against a backdrop of obscene wealth. Mimi Clare’s husband/Brooke’s ex-boyfriend Dylan (delightful beta male Michael Chernus) holds a vague finance job, and half of his and Mimi Clare’s existence seems to be keeping up appearances. Meanwhile, the (relatively) young ones—Tracy, her crush Tony (Matthew Shear), and his girlfriend Nicolette (Jasmine Cephas Jones)—aren’t so much forgoing projection as they are trying to figure out how to pretend best, while at the same time working on figuring out what they actually want out of life. It’s in the younger characters that Mistress America sees hope, while the future is much less certain for Brooke. There’s a reason our own Kyle Turner calls this film part of a “Trilogy of Disappointment.” But Gerwig’s god-like pluck makes it impossible for this story to be too much of a downer. The melancholy and comedy strut arm-in-arm. By the end, as Brooke is literally packing up for the future, her prospects, as illogical as it may be, still feel bright.

One thought on ““Mistress America” Is Fresh, Original, and Marvelous”