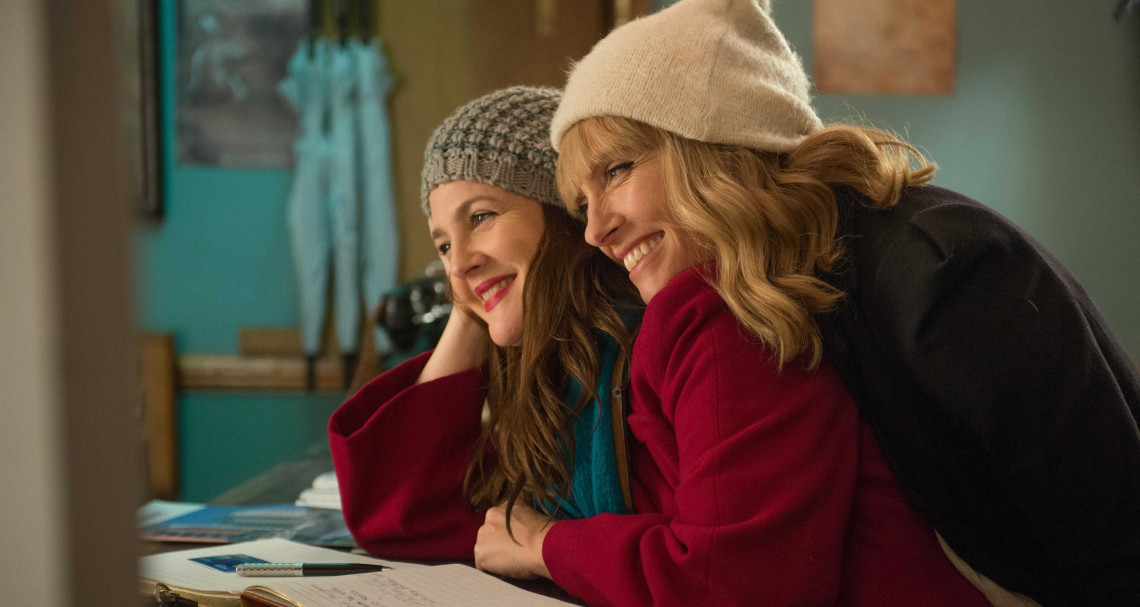 “Miss You Already” Is The Rare Honest Tearjerker

However horrible it most assuredly is in real life, dying of a debilitating disease often looks quite lovely in motion pictures. The afflicted tend to become blessed with infinite wisdom and generosity, bestowing advice upon those left behind as they beatifically ascend to sainthood, usually with lots of heavenly backlighting. When you think of Nicholas Sparks adaptations, or Beaches, or really just about almost any cancer melodrama, you never think of vomiting into buckets under gross fluorescent lights in crowded hospitals or hair falling out in clumps. You also never, ever see the sick person being selfish or offering even an unkind word.

Structurally, Miss You Already might owe an awful lot to Beaches and Brian’s Song and just about every other three-hanky weepie about best friends saying goodbye, except it’s a heck of a lot messier and angrier. It keeps all the ugly parts the rest of those movies leave out.

Drew Barrymore and Toni Collette star as Jess and Milly, two party girls who grew up together, swinging their way through London’s club scene in the 1990s. Now in their early forties, earthy, centered Jess has settled down on a houseboat with a humble handyman (Paddy Considine) while Milly tamed a wild roadie (Dominic Cooper) but outshone him in the rock n’ roll world by becoming a mega-successful music publicist. Jess and Milly don’t see each other or share as much as they used to — that’s kinda just what happens when you pair off and ease into middle age with divergent career paths — until Milly is diagnosed with breast cancer.

British comic Morwenna Banks adapted the script from her acclaimed 2013 radio play “Goodbye,” and what immediately catches you off-guard about Miss You Already is the bawdy irreverence. Directed by Catherine Hardwicke in careening handheld shots and jagged edits, it’s a movie about a couple of boozy, sweary broads who often end conversations by shoving their middle fingers in each other’s faces.

Tearing into the role without the faintest concern for being liked, Collette again proves herself one of our most fearless performers by playing the cancer patient we never see in movies: the angry one. She lashes out at her loved ones. She feels like shit all the time and is pissed off she got a rotten deal, healthwise. She’s tired of people walking on eggshells and pitying her, and now after the double mastectomy, her husband can hardly bear to touch her anymore. Milly wants to act up, to laugh – to get drunk and get laid. After all, this could be the last time.

Barrymore has a much more reactive role, absorbing her friend’s flights of abuse and tolerating all the misbehavior – up to a point. Miss You Already stumbles when it separates these two for a bit longer than I believed might actually happen, but then that’s a testament to the easy chemistry between these two actresses and what comes across onscreen as a very real, extremely complicated sisterhood.

The film also boasts a gorgeously understated turn from Jacqueline Bisset as Collette’s emotionally remote mother, an over-the-hill actress from whom we can tell Milly inherited her vanity. Always saying the wrong thing with aching eyes, Bisset plays a lifelong disappointment who keeps almost, but not quite rising to occasions. (The men have much less meaty roles, with Cooper doing his best as a callow boy-toy in over his head, but the gifted Considine is stuck in a nothing part that feels written as revenge for all the girl-hating in the similarly themed 50/50.) Like the characters, the movie stumbles sometimes. There’s a truly awful narration that feels tacked on at inopportune moments, and Hardwicke’s restless, roving camera could stand to take a breather every now and again.

But despite occasional missteps the movie sticks with you. There’s a jagged energy and a rawness to it. Miss You Already jerks its tears honestly and I’m hard-pressed to think of a sadder, sweeter image than Barrymore and Collette cuddling in a hospice bed, middle fingers raised in each other’s faces.

Postscript: Miss You Already opened last weekend with barely a whimper. I know several professional film critics who still haven’t even heard of this movie. (Here in Boston, the only press screening was scheduled at the same time as one for the local-media-fellating juggernaut Spotlight, thus lending credence to my suspicion that certain publicists sit around plotting ways to keep people from writing about their films.)

For all the fashionable clickbait Internet outrage articles lately decrying Hollywood’s refusal to hire female filmmakers, here’s a movie written and directed by a couple of extremely accomplished women, starring two of our most wonderful actresses – it’s pretty much exactly what the authors of all these think-pieces have been asking for – yet almost nobody could even be bothered to cover it. I sat at a Saturday matinee in an empty auditorium all by myself. If you’re serious about wanting to hear other voices at the movies, the first step is to acknowledge they exist.