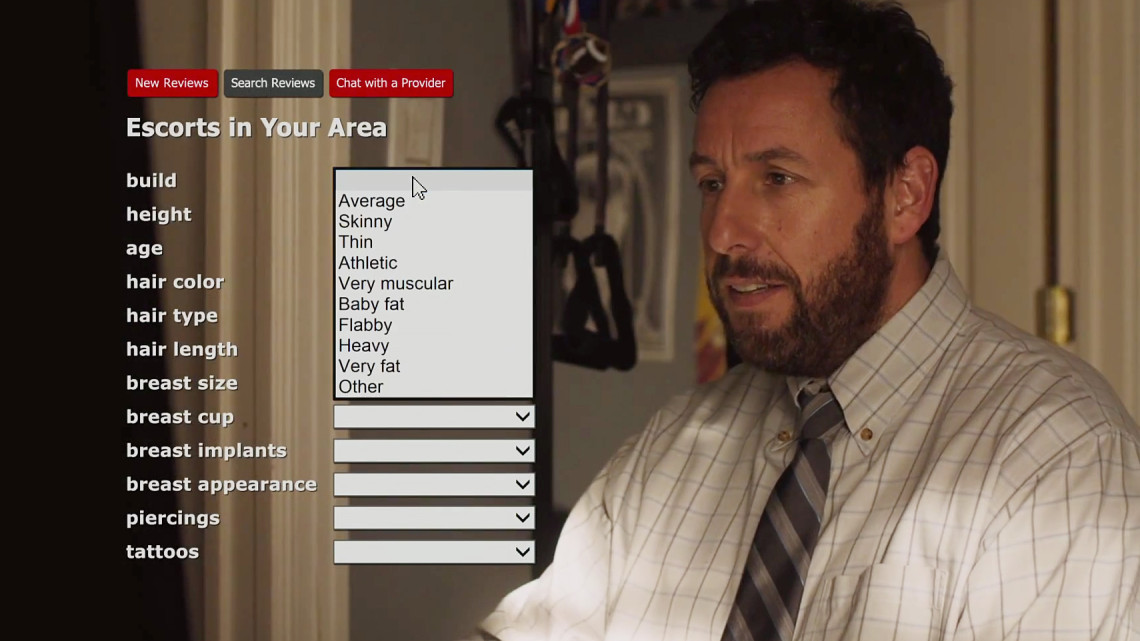 We begin in outer space.

2013’s mercifully little-seen indie Disconnect was similarly a sprawling ensemble drama with intersecting tragedies about the perils of Wi-Fi, and featured Jason Bateman going after a cyberbully with a hockey stick. The films are practically identical and I used all my best jokes back then.

Based on a novel by widely despised Tucker Max wannabe Chad Kultgen, Men, Women & Children takes place in an unnamed Texas suburb where nobody has so much as a drawl. These miserable denizens march zombie-like through generic shopping malls without once gazing up from their cellphones, while Reitman clutters the screen with superimposed Tweets and texts in a po-faced lament for how constant connectivity has isolated us all, man.

Playing the least entertaining chronic masturbator of his career, Sandler is buried beneath a neckbeard, sneaking into his teenage son’s room to beat-off in front of the kid’s laptop because his own computer is riddled with Malware. Little does Adam know that his wife (Rosemarie DeWitt) is wookin’ pa nub on the popular adultery site Ashley Madison, and that their boy (Travis Tope) is wired all wrong from watching so much smut, he can’t even get a boner when a cheerleader jumps into his bed.

A helicopter Mom of Apocalypse Now proportions, Garner tracks every keystroke made by her teenage daughter (Kaytlin Dever – so great in Short Term 12 and Justified, deserving so much more than this) but all of Mom’s cyberstalking can’t keep the kid from falling for this high school’s most troubled hunk. 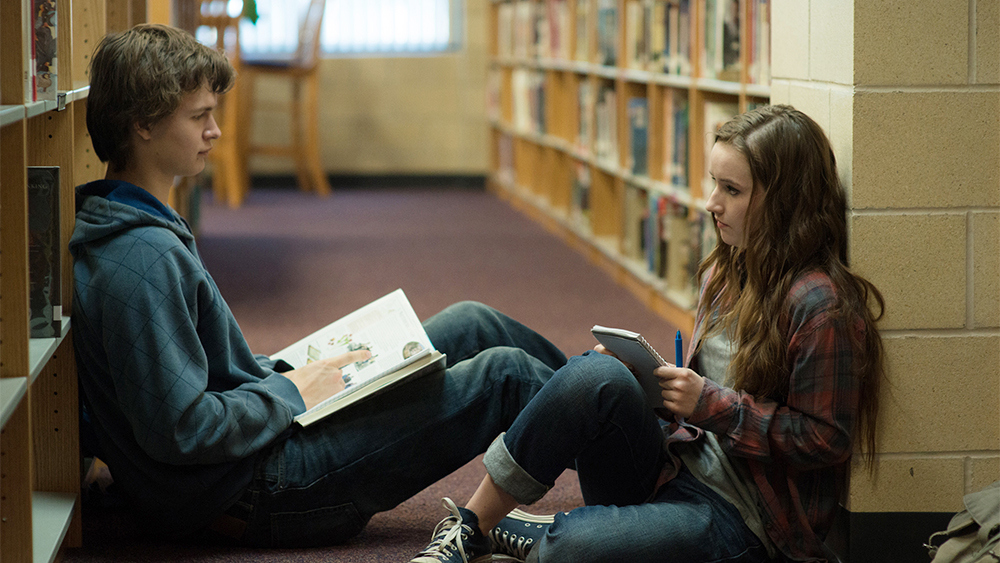 The Fault In Our Stars’ Ansel Angort plays the Wes Bentley in American Beauty role here of Insufferable Baby Philosopher. Ever since his mother walked out and unfriended him on Facebook, he’s been reading Carl Sagan and sits parked in front of his computer playing Guild Wars all day. It’s a deadly serious version of Anthony Junior’s hilarious conversion to existentialism on The Sopranos, and every would-be stirring monologue delivered to his exasperated father (poor Dean Norris) reminded me of when young Alvy Singer stopped doing his homework because the universe was expanding.

Tying it all together is a piss-take, omniscient narration by Emma Thompson, who I can only presume is supposed to be playing the Voyager satellite because her bone-dry musings are often accompanied by insert shots of the final frontier.

What a glib know-it-all this Reitman child is! At least back when he was making comedies it could all be excused as snark aided and abetted by Christopher Buckley and Diablo Cody, but this year’s excursions into dramas about the middle and working class reveal a spoiled Hollywood brat who has never encountered anyone who ever had an actual job. Presumptuously diagnosing all the world’s problems without seeming to understand much about online culture at all (Snapchat has already rendered most of the movie’s plotlines obsolete, and he can’t even get the term “IRL” right) Reitman seems to proceed from the assumption that before Al Gore invented the Internet married couples didn’t have affairs, prostitution was not yet a business, teenagers weren’t cruel to each other and nobody ever had unsatisfying sex.

There is one tremendous moment. It occurs when Sandler finally talks straight with DeWitt and we see the first flecks of anger and excitement in a movie that is otherwise a morose position paper. It’s a sad reminder of what easy access Sandler has to such compelling rage – so brilliantly explored by P.T. Anderson in Punch-Drunk Love – and what a thrilling performer he could be if he’d just stop lazing about on paid vacations with his old SNL cronies.

The punchline to all of this is that since Boston’s reigning PR agents no longer consider me a film critic, I won tickets to something they called an “advanced” screening of Men, Women & Children in a contest online. At the theatre I was delighted to meet several young writers I previously only knew from our interactions on Twitter. But in a stark contrast to every character depicted in this movie, our casual, everyday usage of the Internet did not result in horrible tragedies to all involved, unless sitting through Men, Women & Children counts as such.