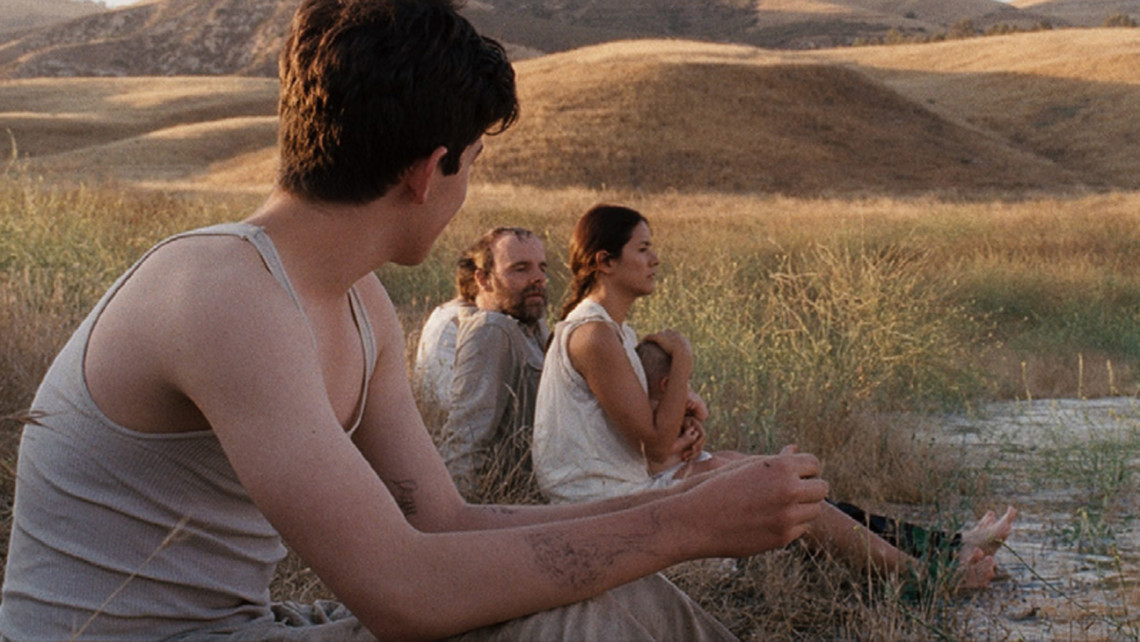 Arthouse fare nestled within the American heartland is, and probably always shall be, considered Terrence Malick’s territory. Hence early analogies drawn between Andrea Pallaoro’s excellent debut, Medeas, and the American maestro’s works, currently enjoying a period of serious creative vitality. But contrasting Pallaoro (or any perceived student of Malick’s style, from Shane Carruth to Leah Meyerhoff) with Malick does both the Italian-born Pallaoro and Medeas a disservice. Pallaoro is inclined toward the visceral rather than the ethereal. He has less use for poetics. He is, put simply, his own man.

So too is Medeas its own film, a personal and expansive character study. It is at turns gentle, flinty, elliptical, and barbaric, building toward gut punches that strike so bluntly as to belie Pallaoro’s otherwise muted sense of tone. Describing the specifics in which the film shifts from breathtaking, to heartbreaking, to horrific would give too much away. Medeas is meant to be experienced, ideally in a movie theater rather than at home, which is where it’s most likely to find the audience it deserves. Suffice to say that the film hits a number of emotional bases, repurposing its familiar and foreign archetypal elements in an attempt to cover new ground through well-threaded themes.

Medeas’ drama unfolds against the backdrop of a rural American homestead, presided over by farmer Ennis (Brian F. O’Byrne) and his younger wife, Christina (Catalina Sandino Moreno, cutting a graceful, guilty figure of indecision); they have five children, teenagers Ruth and Micah (Mary Mouser and Ian Nelson), adolescents Jacob and Jonah (Maxim Knight and Jake Vaughn), and their new baby. Theirs is a silent family. No one talks much, and when they do, language is either kept plain or elevated to fantastical stature. Jacob makes a pleading invocation for rain to the heavens. Ruth talks with her boyfriend about reincarnation. These are exceptions to Medeas’ rule of quietude, a flourish that may strike some as coy until it’s revealed that Christina is deaf, and talking around a deaf person is kind of a dick move. It’s a small detail that nonetheless feels monumental.

The clan’s problems stem from disconnection, primarily Christina’s. She clearly adores her children, but her feelings toward Ennis, a good, loving man with an authoritarian streak made no less fearsome by his kindness, are much murkier. We know she’s having an affair. You may fill in the blanks to figure out why. Her retreat from Ennis, and by consequence their kids, comprises the film’s uniting thread, and Pallaoro follows it to shocking, discomfiting places. Medeas is a literally startling first feature; it’s beautiful, and wraps its viewers in that beauty before pulling the rug from beneath them. Troubles plague Ennis, from the growing divide between him and Christina to money woes he keeps to himself. It’s plain that his surmounting problems will end up coming to a head. When they do, you may need to collect your jaw off the floor, and seek out a hug.

Medeas mulls over big ideas through an intimate prism, and marks Pallaoro as a filmmaker to watch; whatever cinematic resemblances can be gleaned from the picture, the vision stands out as uniquely his, which is no small feat in our culture of comparisons. Well-read, film literate viewers may engage the film thinking of Malick – and Antonioni, and maybe even Pasolini – but the only name that remains once Medeas ends is Pallaoro’s.

One thought on ““Medeas””