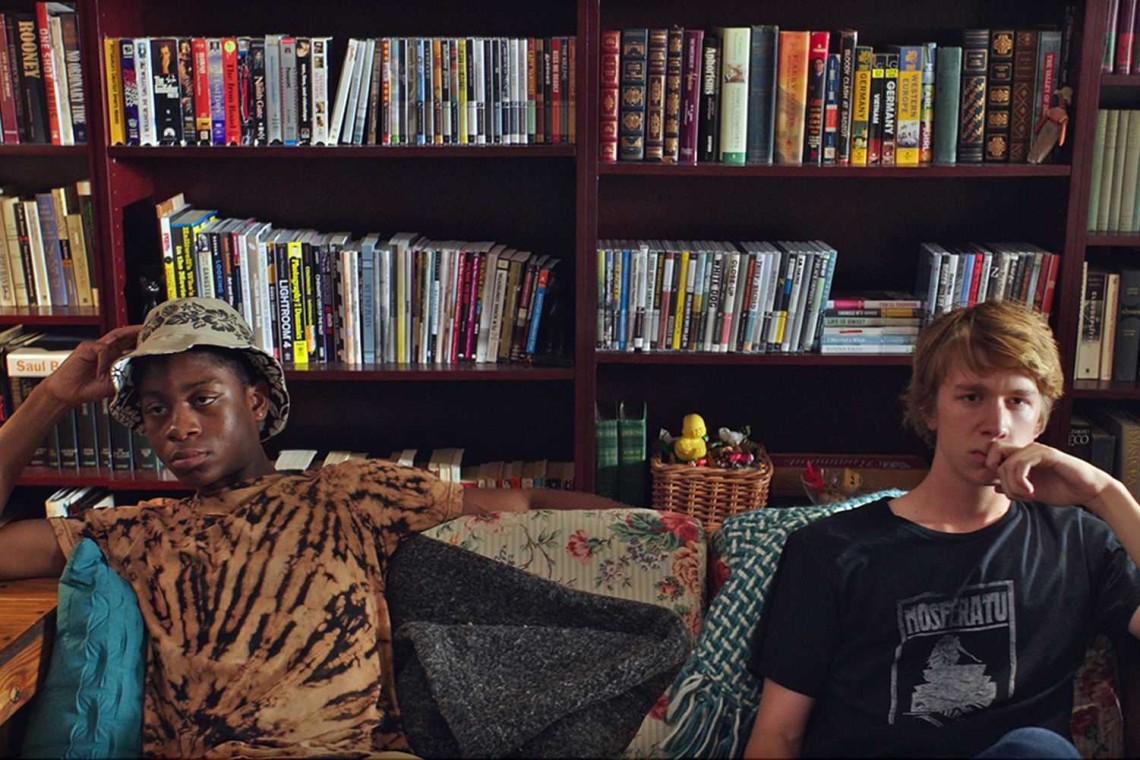 “Me and Earl and the Dying Girl”

There’s an art to manipulating a moviegoing audience. Every movie practices this art. Filmmakers have to sculpt their viewers’ responses to their work, even if only to a limited extent; some do it less than others, or perhaps they do such a good job exploiting our emotions that we don’t notice it. Those films function like invisible clockwork. Others leave their gears exposed. We can see the parts of the machine ticking.

Me and Earl and the Dying Girl is the latter sort of picture. It’s an overpriced Kenneth Cole timepiece built with tween bromides; the story has important things to say, and goes to no lengths to dress up either its messages or its artifice. If the film used titled cards to tell us how to react to each scene, it would only be slightly less subtle than the cut that’s been doing the festival rounds since Sundance. Movies that don’t disguise their agendas require deft execution to avoid striking with blunt force. Me and Earl and the Dying Girl hits like a sledgehammer in every frame. Leave the tissues at home. Bring an aspirin instead.

The film adapts screenwriter Jesse Andrews’ novel of the same name to screen. It’s possible that Andrews’ book differs from filmmaker Alfonso Gomez-Rejon’s movie—perhaps on the page, the narrative focuses less on the “me” and more on the “Earl and the dying girl,” though this seems unlikely. Nearly all the incidents here revolve around the first of the title’s three characters, protagonist Greg Gaines (Thomas Mann), a high school kid in desperate need of a big, obvious, game-changing life lesson. He’s an awkward outsider, and because of this he’s cripplingly uncertain of his future. Luckily for him, though, his classmate, Rachel (Olivia Cooke), has been diagnosed with leukemia. At the behest of his mother (Connie Britton), he befriends Rachel and the two quickly become awkward outsiders together. What a godsend, that cancer.

That takes care of the “me” and the “dying girl.” In between, there’s Earl (Ronald Cyler II), Greg’s best friend. Earl is almost totally superfluous to the film; he makes his greatest contribution to the whole yarn when he slugs Greg, and we briefly leap to our feet to cheer aloud. But the gut-punch only serves the purpose of knocking the inconsolably whiny Greg out of his own funk. Like Rachel, Earl doesn’t matter beyond ensuring Greg’s actualization as a young man. Like Jon Bernthal and Nick Offerman (who play Greg’s history teacher and father, respectively), Cyler mostly hangs back to avoid stealing the spotlight from Mann. (Bernthal and Offerman mostly appear to have been hired just so they can do vaguely Bernthalish and Offermanesque things. They could be replaced with mannequins seamlessly.)

Greg, Earl, and Rachel each represent a slew of stereotypes found both on celluloid and in real life. What’s troubling, though, is that Me and Earl and the Dying Girl never bothers to subvert or trump those stereotypes. In the case of Greg, that failure to innovate doesn’t pose much of an issue; he’s just one precocious, self-deprecating boy of many in a long line of young-adult-lit heroes. But the script treats Rachel as a plot device rather than a character, and imagines Earl through a lens of blatant stereotypes. They exist to validate Greg. The results are a smirking horror show. Gomez-Rejon has a breezy knack for directing youths, and so the film at least has easy, unfussed performances from the principal cast to its credit, but that’s about all that Me and Earl and the Dying Girl can prop itself up on.

This is a movie about people who live their lives at the movies. Greg and Earl shoot D.I.Y., dollar-budget parodies of classic Criterion titles, some of which admittedly manage to amuse. (Mono Rash. Pooping Tom. Breathe Less. Sockwork Orange.) Worse than that, though, it’s a hip-kid movie that upholds the industry status quo all while forcefully jerking our tears. The film insists on itself and browbeats us toward Andrews’ and Gomez-Rejon’s desired emotional response. It’s the ultimate “turn off your brain” production. You don’t need to think or to feel. The movie does all the heavy lifting for you.

2 thoughts on ““Me and Earl and the Dying Girl””