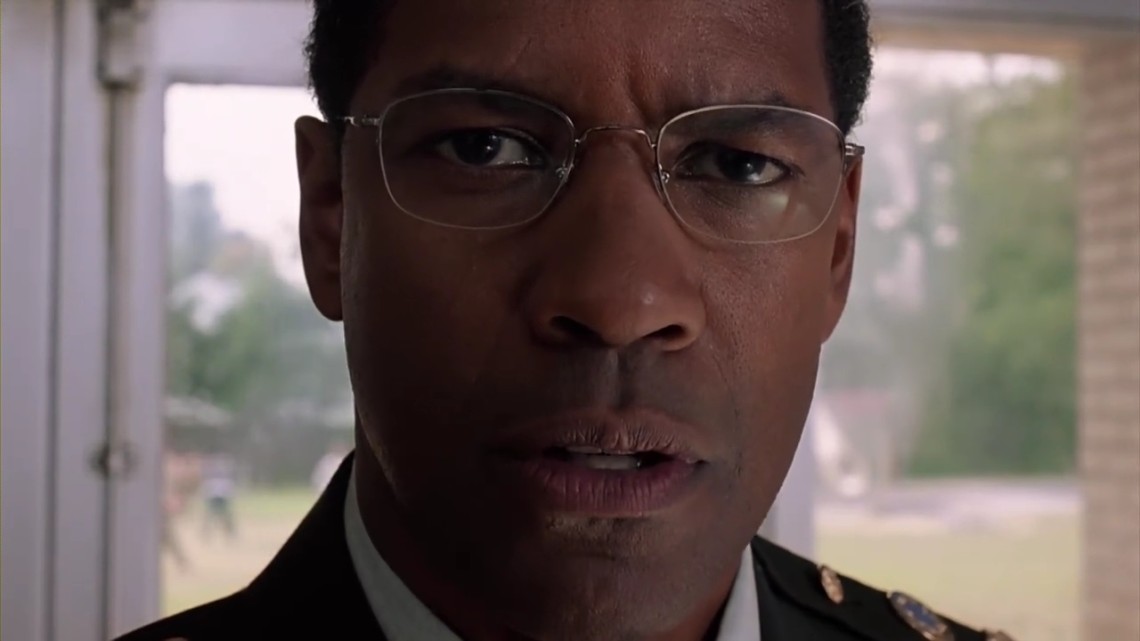 On the Surprisingly Personal Remake of “The Manchurian Candidate”

Kenji Fujishima on the 2004 remake of "The Manchurian Candidate."

John Frankenheimer’s 1962 film The Manchurian Candidate returns to home-video shelves today thanks to a new edition from The Criterion Collection, and far be it from me to suggest that it doesn’t deserve its classic reputation. Even though the Cold War and the Communist-baiting terrors of the Red Scare have come and gone, the film’s broader paranoia about behind-closed-doors domestic and international political machinations hasn’t lost any of its relevance, especially now in the glaring light of the upcoming presidential election. And simply as a piece of filmmaking, Frankenheimer’s work remains as potent as ever in its masterfully wrought suspense and gleeful political satire.

With the reintroduction of the original Manchurian Candidate into the cinema landscape, though, it’s high time to look back at the other film that bears its name: Jonathan Demme’s 2004 remake. Though not without a handful of champions, Demme’s version was released to generally muted enthusiasm at best, with many praising the clever ways the film updated the details of Frankenheimer’s film to fit modern-day suspicions and anxieties, but few willing to argue that it had matched or even surpassed the original.

But perhaps it’s best not to put these two versions in opposition at all. Though they share many similar characters and plot details, they are essentially different films for different times. Besides, such elevation of one object over another would be antithetical to Jonathan Demme’s own sensibility: a vision that is above all democratic in its warmly empathetic gaze toward individuals in all walks of life—even as, in this case, grander, darker forces threaten to stamp out the individuals underfoot.

So sure, one could run down a laundry list of similarities and differences between the two films. One could note how the “Manchurian” of Demme’s film no longer refers to the Chinese city in which a whole U.S. platoon is taken to be brainwashed at the hands of Communists, but to Manchurian Global, a global private-equity hedge fund which turns out to be behind nanotechnology experiments that have implanted mind-control devices into both Raymond Shaw (Liev Schreiber, looking and acting more or less like the original Shaw, Laurence Harvey, sans British accent) and Major Bennett Marco (Denzel Washington, relatively less calm and collected than Frank Sinatra). One could note the shift of Raymond Shaw’s occupation from journalist to wannabe-Vice President—though he remains as chilly in personality and as resentful of his still domineering mother, Eleanor (Meryl Streep, as full of relish as Angela Lansbury), as ever. And one could certainly note Demme’s more gravely serious approach to this material compared to Frankenheimer’s playfulness and vicious black humor. 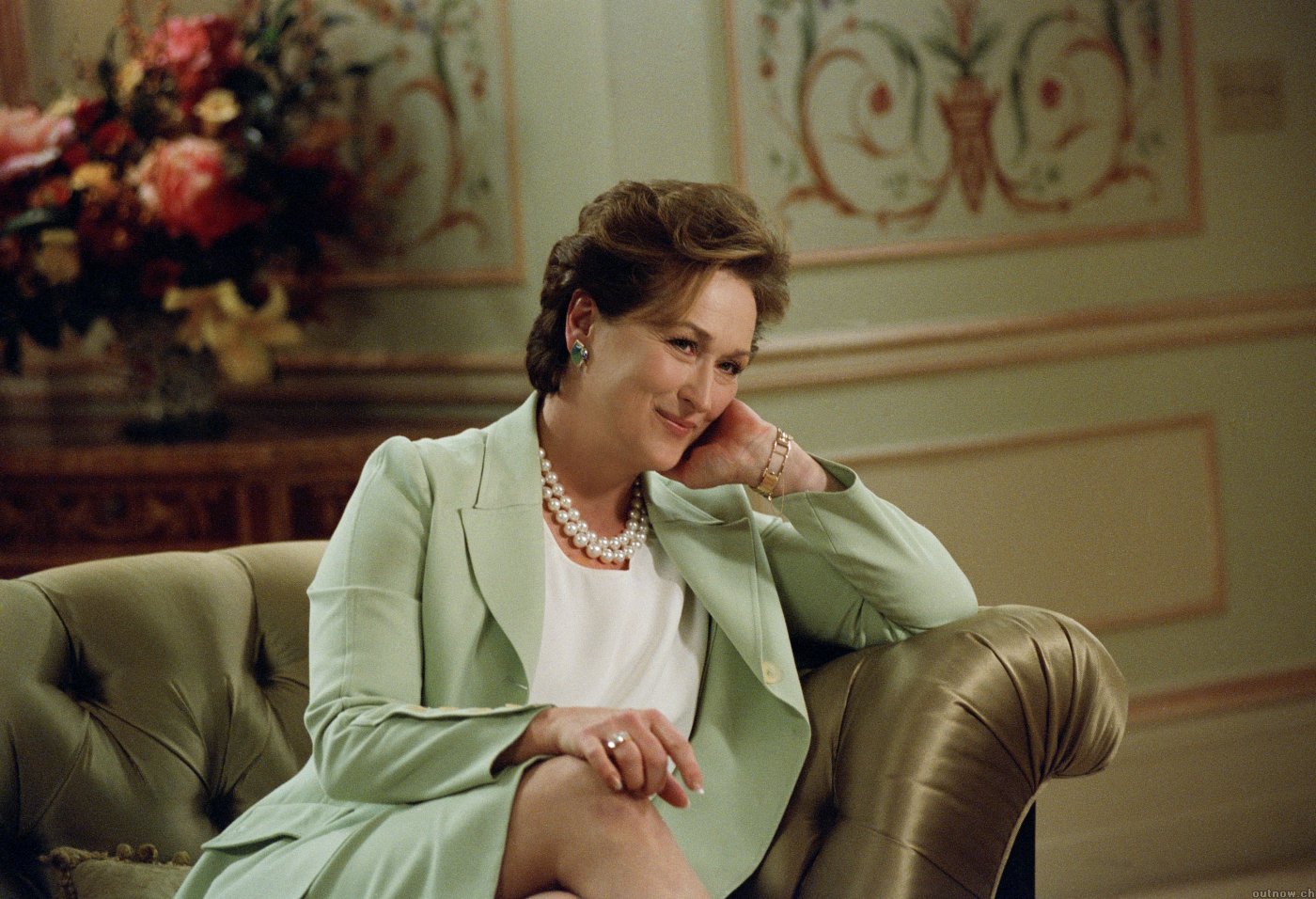 More interesting than the compare-and-contrast approach, however, is to simply take Demme’s film on its own terms and assess how it speaks to the contemporary moment, the way Frankenheimer’s film addressed the political and social temperature of its own time. Demme’s Manchurian Candidate came out not too long after the revelations of global oil magnate Halliburton’s connection to Vice President Dick Cheney before and during the Iraq War. Corporations baiting provided a topical angle in Daniel Pyne and Dean Georgaris’ script, a built-in suspiciousness toward big business that would only grow in light of the financial crisis that would hit the world four years later. Even more than replacing Communists with corporations, however, Demme’s version is very much a product of a post-9/11 world, this time with politicians who stoke Americans’ fears of another terrorist attack in order to win votes.

In this regard, the 2004 Manchurian Candidate stands as of a piece with the Bourne films and the Christopher Nolan Batman films in trying to address the moral ambiguities of the War on Terror through popular entertainment. As good as some of those other films are in their own ways, though, Demme’s film scores above all of them in its heightened attention to human detail. One can sense this immediately in its Kuwait-set 1991 Gulf War prologue, with its opening shot of soldiers playing cards in a tank (as Wyclef Jean’s cover of John Fogerty’s “Fortunate Son” plays on the soundtrack). This establishes a warm camaraderie among thee soldiers that exudes a sense of life beyond the dictates of this one scripted scene. There are plenty more such grace notes amid the film’s thriller mechanics: the gratefulness expressed by Marco’s German friend Delp (Bruno Ganz)—who Marco asks to examine the implant he pulls from his and Raymond Shaw’s shoulders—when Delp thanks Marco for rescuing him in Albania; the cut from Marco to Shaw both eating cup noodles as if to unite both these disparate characters together in a shared trauma; the Dreamgirls, August Wilson and Paul Robeson posters seen in the apartment of Rosie (Kimberly Elise), the woman Marco meets on his way to New York (and who turns out to be much more than the thankless love interest Janet Leigh’s Rosie was in the original film).

Such details aren’t merely Demme’s way of tossing bits of his sensibility into an otherwise generic Hollywood entertainment, however, but part and parcel of a film that uses the elements of the original Manchurian Candidate to fashion something deeply personal. Demme may be cynical toward political demagogues and multinational corporations—in this day and age, who wouldn’t be? But he still believes in the power of individuals to band together to challenge the powerful forces that threaten to exploit them. Not that Demme is an idealist about such a prospect, by any means. Note, for instance, the way that Marco, in a last-ditch attempt to reverse the mental processing that has turned Shaw into a killing machine, responds to Shaw’s anguished inquiry as to whether they are friends by saying “we are connected” rather than replying in a flat-out affirmative—a small moment, but one that speaks to a lack of sentimentality at the heart of Demme’s view of humanity. It all climaxes in an unspoken moment of union between Marco and Shaw, one seeing the other at the end of a gun barrel, both looking at each other in an exchange of glances that speaks poignantly to the possibility of brotherhood even in an extraordinarily divisive time.