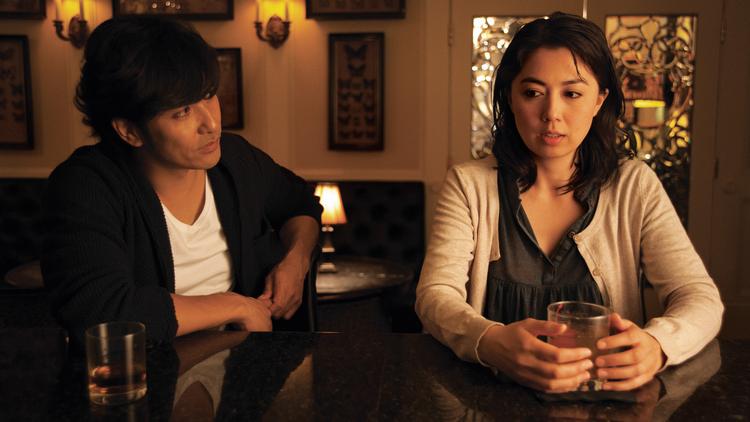 Like an early Coen brothers film from an alternate universe, or an adaptation of a forgotten straight-to-paperback airport crime novel, Man from Reno wrings thrills out of small moments and seemingly low stakes. The story follows two disparate threads that converge around halfway through the runtime. The first follows small-town Nevada sheriff Paul Del Moral (Pepe Serna), who hits a Japanese man stumbling through a fog, then goes hunting for him after he mysteriously disappears from the hospital before he can be questioned. The second follows Japanese mystery novelist Aki Akahori (Ayako Fujitani), who’s fled her stifling book tour for some San Francisco downtime. There, she meets an alluring stranger from Reno (Kazuki Kitamura) who woos her before mysteriously disappearing, leaving a business card and a suitcase in her hotel room. The unlikely sleuths pursue their respective breadcrumb trails, but both of them are in way over their heads.

It’s the fact that they’re out of their depth, in fact, that helps separate Man from Reno as a crime thriller. The mystery itself is mostly straightforward, though hiccuped with some unexplained but ultimately unimportant plot holes. It’s purposefully low-key, even quirky, what with the criminal dealings revolving around a clutch of valuable endangered turtles, of all things. Watching Aki and Paul work — her based on an amateur fascination with scams and typical mystery stories; him with straightforward, down-home common sense — is the real draw.

Fujitani and Serna are a refreshing change of pace from typical troubled white middle-aged noir protagonists. She’s a writer dealing with impostor syndrome in a way that turns out to be more literal than it first appears (and which dovetails nicely with the film’s themes of identity switching and deception). He’s trying to keep up with a world in which he is drastically out of step. Fujitani is a multitalented writer/actress due for some stateside recognition, while Serna is getting his first lead role after working as a reliable character actor for over four decades. They seem an unlikely pair, but the movie, which staggers somewhat while they’re separate, truly starts to thrum once they’re paired up.

Man from Reno is directed by Dave Boyle, who also wrote the script with Joel Clark and Michael Lerman. He’s carved out an unlikely niche in telling stories about Asian characters dealing with alienation in an American setting, though the genre elements of this film are a big departure from his previous work. He and his crew handle the transition well, making great use of the surface calm of locations like hotels, bookstores, and cafes to string out the underlying tension from the dark deeds afoot. The recurring image of gossamer window curtains flowing with eerie calm in a breeze emblemize the film’s sense of potential menace lurking around every corner. Slow pans emphasize stillness and patience, even when murder comes into play.

But what really drives home that Boyle and company aren’t anywhere out of their league is the ending, which is nigh-on noir perfection. It’s shocking, merciless, and haunting, and it even works to elevate earlier moments in the film that appeared weakly drawn. And it ties up the idea of impostors among us in a succinct, extraordinarily bleak manner. Man from Reno seems primed to become a cult hit, and fans will be justly singing its praises for many years to come.