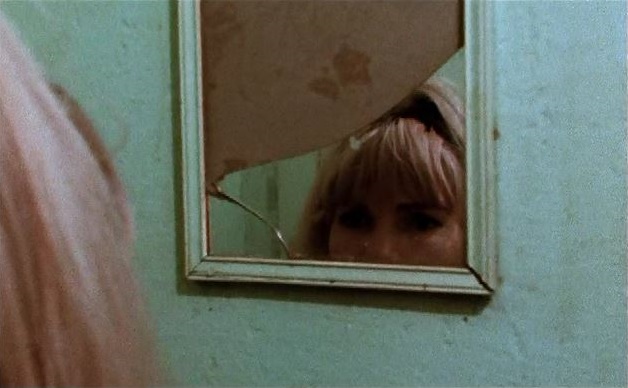 Real life is ugly. Real life is low-paying jobs, unsatisfying relationships, moldy wallpaper. In its rawest form, it doesn’t look pretty onscreen, nor does it make for especially compelling subject matter. So the fact that the aggressively mundane Wanda (1970) tells a palatable story without omitting any of life’s sundry inconveniences is itself impressive. But factor in the film’s set of profoundly feminist ideas, communicated through its thorny, frumpy title character, and Wanda is nothing short of a miracle.

It’s the only feature ever directed by Barbara Loden, the one-time wife of Elia Kazan who would die of cancer a decade later. Her career’s frustrations and sudden end may be among film history’s great tragedies, but at least we still have Wanda: an angry work, a work of towering realism, and a muffled tragedy of its own.Working in collaboration with editor and cinematographer Nicholas Proferes, Loden made Wanda on a shoestring budget, shooting on location mostly in northeastern Pennsylvania. They used handheld cameras, grainy 16mm film, and a cast of largely nonprofessional actors, so the film has a documentary sheen to it, and it captures the area’s milieu—one of coal mines, squalid motels, and greasy burger joints—with rare precision.

Although it’s a film about poverty and crime, it never sensationalizes nor tries to “elevate” them. Wanda is low-key to a fault. Like Wanda herself, the film’s loose plot slouches from scene to scene, eventually settling into a mode that Loden once described as “anti-Bonnie and Clyde.” It’s an ideal description, because Wanda and her “boyfriend” Mr. Dennis couldn’t be less like the aforementioned glamorous screen couple. They’re not young, they’re not in love, and they don’t kill people.

Their relationship, for that matter, is more a matter of necessity than affection. Wanda, played by Loden in a brazenly anti-“star” performance, is recently divorced and functionally homeless, drifting from one hook-up to the next with any beer-soaked salesman she can latch onto. Serially abandoned, she’s the very picture of learned helplessness, and Loden delivers her every line as if it were an apology for her existence.

Dennis, meanwhile, is an ex-con specializing in petty theft, and Michael Higgins plays him as a man with more bluster than brains. Strictly speaking, he doesn’t need Wanda, but she does provide him with an outlet for abuse, as well as an accomplice and sometimes a getaway driver. She doesn’t enjoy this, doesn’t glean even the slightest bit of illicit pleasure from it, but nonetheless she changes to accommodate him. And when he starts throwing her scant few possessions out the car window, she resigns herself to it and wipes away her tears. She’ll do anything just to have someone.

Wanda, like Bresson’s donkey Balthazar, is bruised but still compliant. She hardly reacts to any of the hardships that strike her, which only intensifies their sadness. “I’m just no good,” she says upon observing that her kids are better off with her ex-husband, and because she’s incapable of valuing her own feelings, she then smiles, laughs, and repeats it. Wanda makes no bones about it: she’s pathetic, passive, and even homely, with Loden doing everything she can to obscure her own beauty. All of which help make it such an incisively feminist-realist movie.

Wanda is anything but ideal, and she’s no one’s first choice for a “strong female character,” but she is a complex creation on Loden’s part and exactly as real as her surroundings. She’s a woman who’s subordinated her own desires to those of men for so long that she doesn’t know a life beyond subsistence, and Loden turns those experiences into a performance of silent anger. It’s the perfect centerpiece for a movie that’s both unattractive and painfully true.