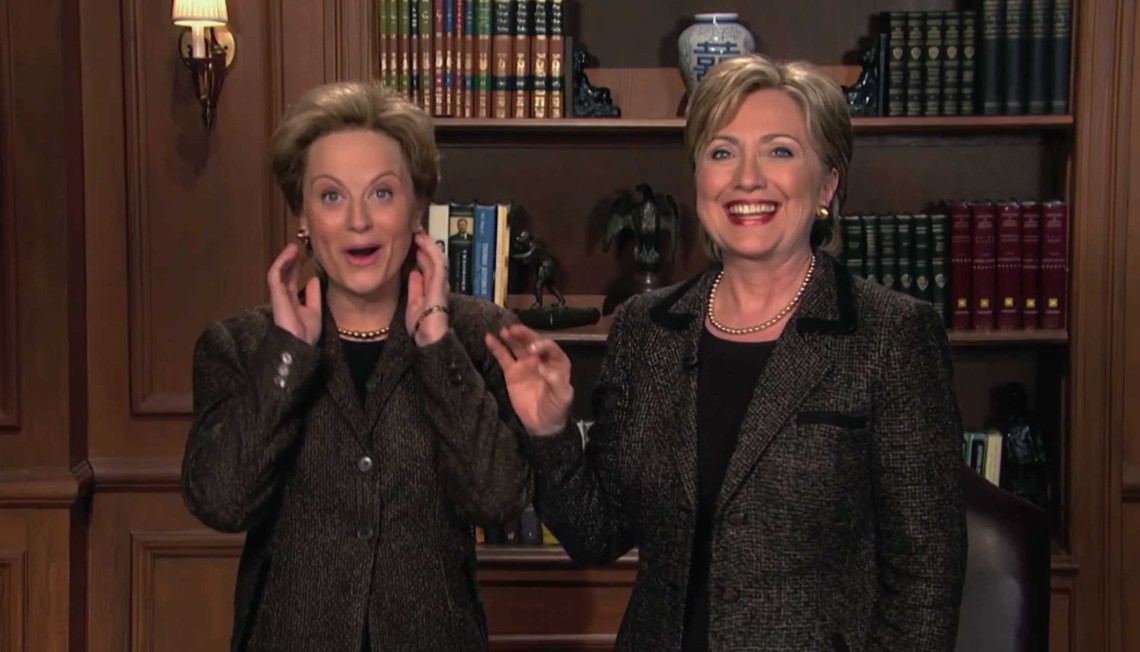 A couple years back, I interviewed Bill Hader, who told me of a hilarious-sounding Alan Alda sketch he’d pitched for “Saturday Night Live,” only to be shot down by executive producer Lorne Michaels with the query: “Why now?”

It’s a question that could just as easily apply to Bao Nguyen’s Live From New York! This pleasant, spectacularly uninformative documentary celebrates a venerable television institution that already spends quite enough time celebrating itself, thank you very much. Given the massive ballyhoo surrounding the show’s recent 40th anniversary special and endless magazine articles or books on the subject (including a gargantuan, compulsively readable oral history compiled by Tom Shales and James Andrew Miller, also called Live From New York sans exclamation point) one wonders if there’s anything left to say about “Saturday Night Live.”

The answer is no, not really. Nguyen’s doc is content to skim four decades of “the official story” in a tightly-edited highlights package. (At a scant 82 minutes, the movie is actually shorter than an episode of the show.) Once again, we hear the tale of upstart Canadian genius Michaels and his Not Ready For Prime Time Players revolutionizing late-night television, this time accompanied by Gil Scott-Heron’s “The Revolution Will Not Be Televised” on the soundtrack. (No shit.) However, we don’t hear about the producer culling his creatives from Second City and The National Lampoon, because that would invalidate the film’s thesis that Lorne invented satire.

We race through SNL’s storied lore at breakneck speed. Julia Louis-Dreyfus drops by to cast aspersions on the program during Michaels’ 5-year sabbatical, only grudgingly conceding that Eddie Murphy was pretty funny. (No mention at all of the Dick Ebersol era, weirdly expunging Billy Crystal, Martin Short and Christopher Guest from the show’s history.) Lorne’s disastrous return season — the one that famously ended with him firing the whole cast save for Jon Lovitz on the air — is similarly cast aside, and the film makes everything seem like it’s been smooth sailing ever since.

Sure, there are a couple little controversies here and there, mostly stirred up by visiting troublemakers like Andrew Dice Clay and Sinead O’Connor, but you won’t find any of the dysfunction, drugs, or debauchery that have become part and parcel of the program’s legend. (Cocaine, recently credited by Tina Fey as the show’s original executive producer, doesn’t even merit a cameo.) What you will find are a lot of latter-day cast members congratulating themselves on some softball political commentary, and the acknowledgment that it was really hard to do comedy right after 9/11.

There’s some weirdly defensive discussion of SNL’s reputation as a boys’ club, which I guess the movie thinks it debunks by pointing out that Fey and Amy Poehler showed up a couple decades into the run. Live From New York! is much blunter about the show’s notorious diversity problem (longtime production designer Akira Yoshimura says he’s had to step in and play Sulu on six different occasions) but we’ve got Leslie Jones now, so everything’s fine.

I suppose there is a story to be told here about how these rebels became the establishment, but it’s not one Nguyen nor any of the (surprisingly few) participants have any interest in telling. It’s just a breezy collection of amusing old clips, the lone laugh-out-loud moment arriving when a hilariously disingenuous Lorne Michaels claims to be unconcerned with his legacy. The only way that line could be any funnier is if it were coming from Jann Wenner.